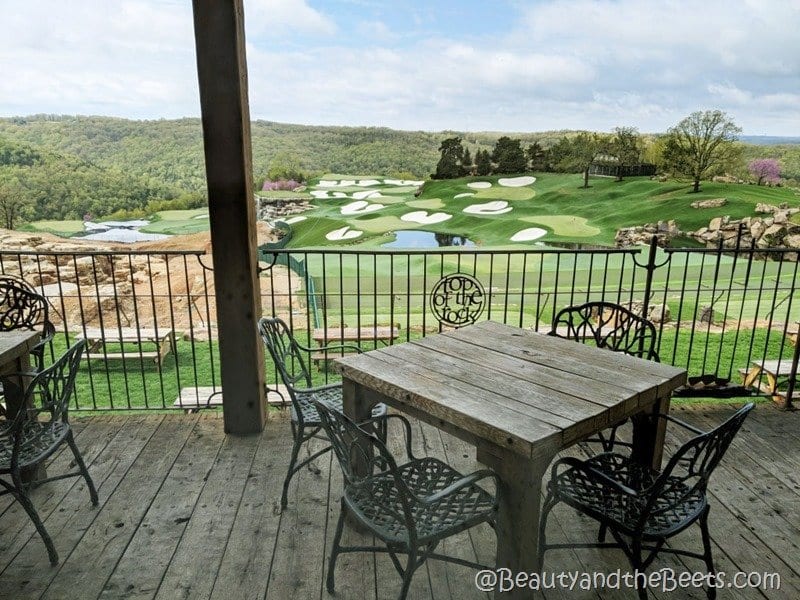 Top of the Rock is a name familiar with golfing fans. It is home to The Bass Pro Legends of Golf Tournament, a stop of the PGA Champions Tour. In addition to several courses designed by the likes of Tom Fazio, Gary Player, and Ben Crenshaw, there is a new course soon to come designed by Tiger Woods. Also on the property is the famous Big Cedar Lodge. The entire resort sits on the Missouri/Arkansas border, just outside Branson, and is owned by Johnny Morris, founder of Bass Pro Shops. The clubhouse at Top of the Rock features an Ancient Ozark Natural History Museum, the golfing pro shop, a unique wine cellar and whiskey room, several shops, and two restaurants. One of those restaurants is called Arnie’s Barn and features contemporary Mexican cuisine with a bit of Ozark flair. 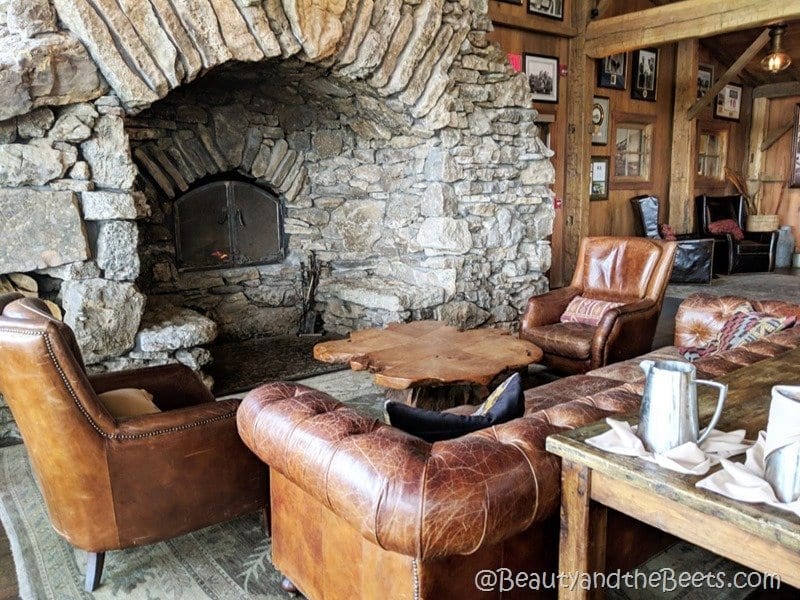 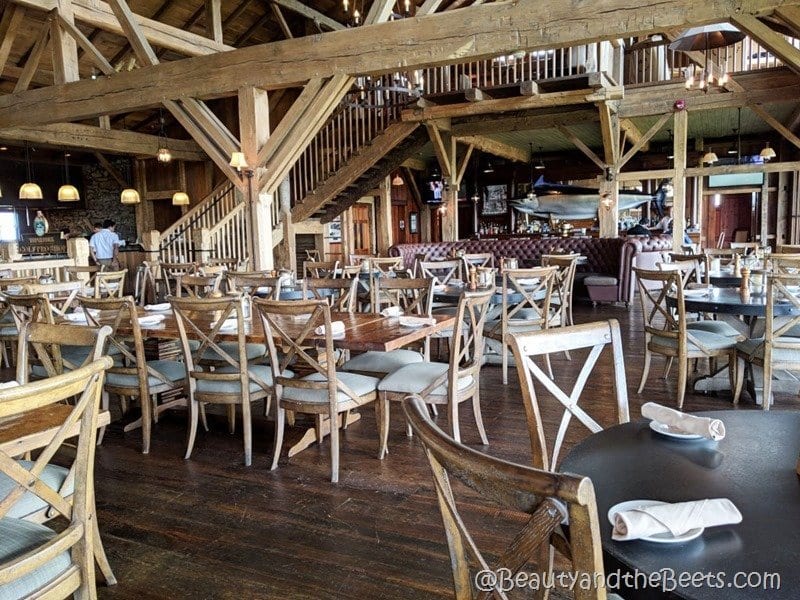 Arnie’s Barn is a reconstructed barn from Pennsylvania

The restaurant is built inside of a 150-year old wooden barn that was moved from Latrobe, Pennsylvania, Arnold Palmer’s hometown. The barn was reconstructed by at Top of the Rock by local Ozark Amish men. 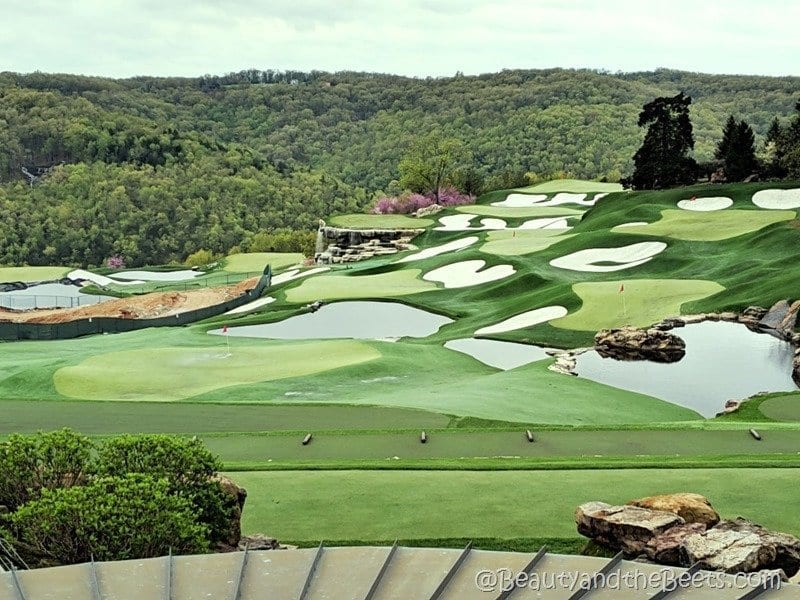 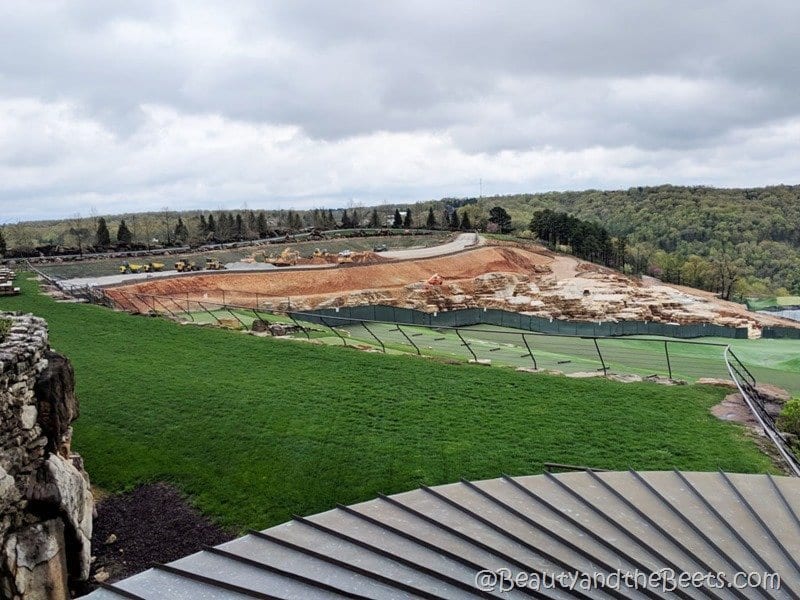 A golf tournament and a sinkhole

I visited Arnie’s Barn on a Sunday, and it was also two weeks away from the Bass Pro Legends tournament. The grounds were in tip top shape, ready to host media and golfing professionals from around the world. I was sat at a table right by the window so I was able to look out over the driving range and practice facilities for the golfing courses. Just next to the driving range, a few hundred feet from the clubhouse sits a 270-foot wide sinkhole that opened up in May of 2015. Since then, crews have discovered limestone spires and an entrance to an underground cave. The sinkhole has been called the Cathedral of Nature and is continuing to attract visitors by the busloads. 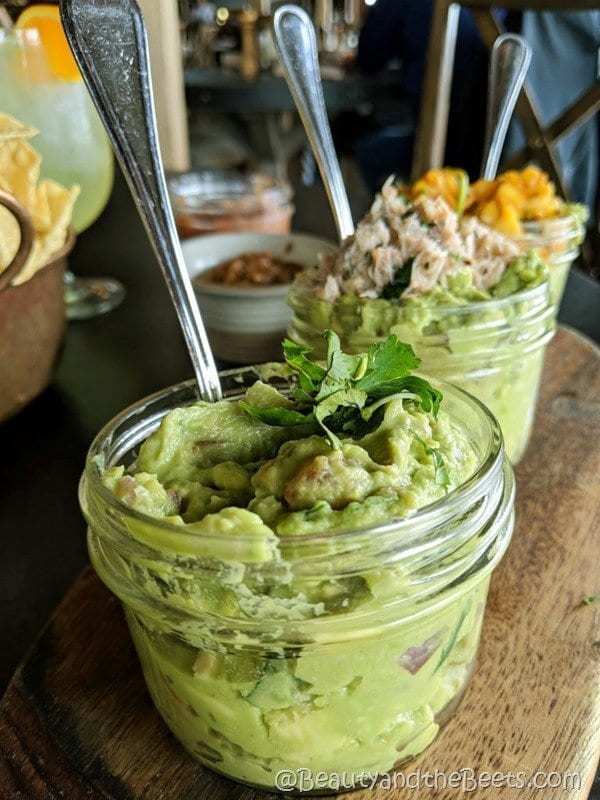 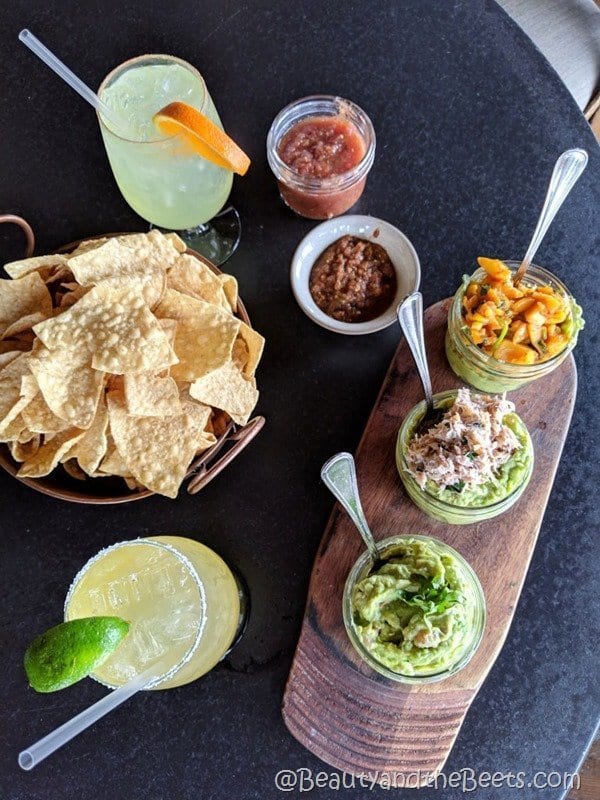 Get the Arnie’s Barn Guacamole Sampler

We also started with a Guacamole Sampler with a choice of three of the four guacamoles featured on the appetizer menu. We chose the Arnie’s Guacamole (lime juice, cilantro, tomatoes, house smoked bacon, roasted corn salsa, fresh jalapeño, onion), the Citrus Crab Guacamole with jumbo crab claw meat, and the Mango Guacamole (grilled mango, pickled Fresno chili, smoked paprika). Each guacamole was better than then the last with the Citrus Crab Guacamole being my favorite. Or maybe my favorite was the Mango Guacamole. They were all three so good.

I went with the Combo Plate that included one Dos Equis Battered Cod Taco, one chicken enchilada, and a roasted pork quesadilla. The plate was served with the same rice, beans, and street corn as listed above.

My favorite was the roasted pork quesadilla. It was a generous portion of slow roasted pork stuffed into a flour tortilla with queso fresco cheese.

The chicken enchilada was my least favorite. While it was still good, I wasn’t a fan of the shredded chicken. 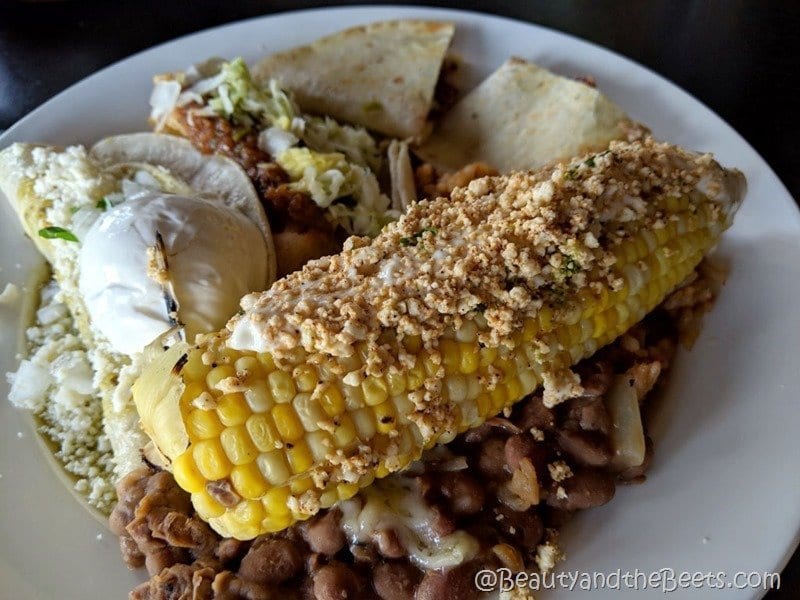 The Mexican Street Corn was some of the best street corn I have ever had. The lime crema and chipotle seasoning was perfect. It’s messy to eat off the cob but so worth it. (Don’t order if you are on a first date) 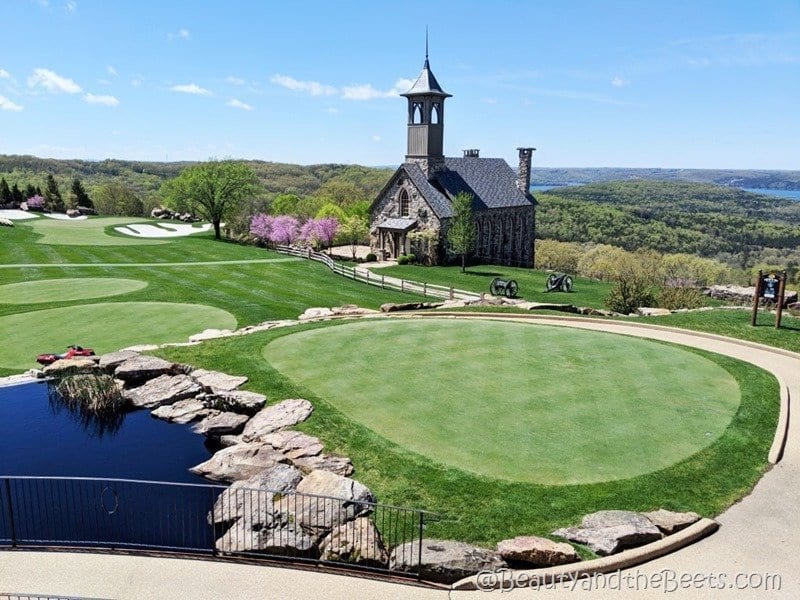 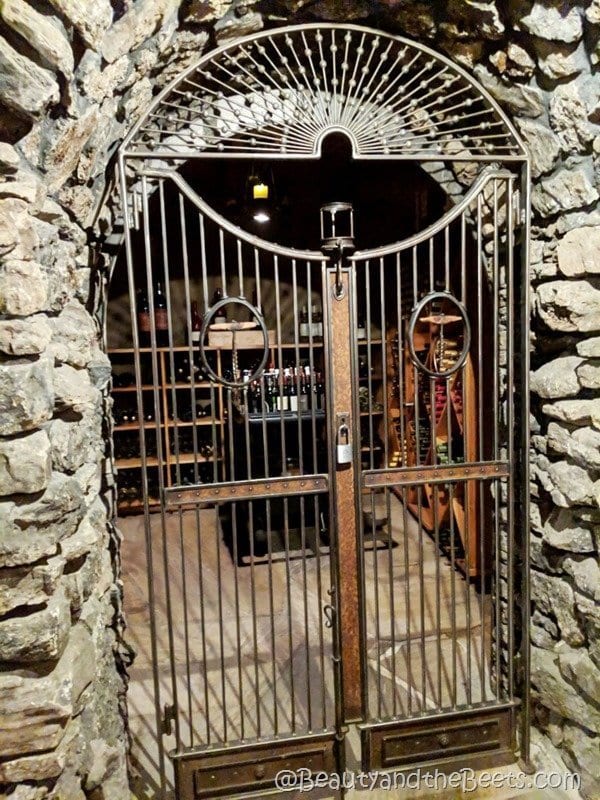 After enjoying lunch, we spent some time walking the grounds, visiting the Chapel of the Ozarks, the wine cellar, and admiring the view of Table Rock Lake. Top of the Rock is a short drive south of Branson and worth leaving the touristy district for lunch or dinner. After spending almost two weeks in Branson, Arnie’s Barn is most definitely in my top 3 of my favorite restaurants in the area. Five out of 5 sprouts.

For more information, to see the menu, and make reservations, visit Arnie’s Barn at Top of the Rock here. 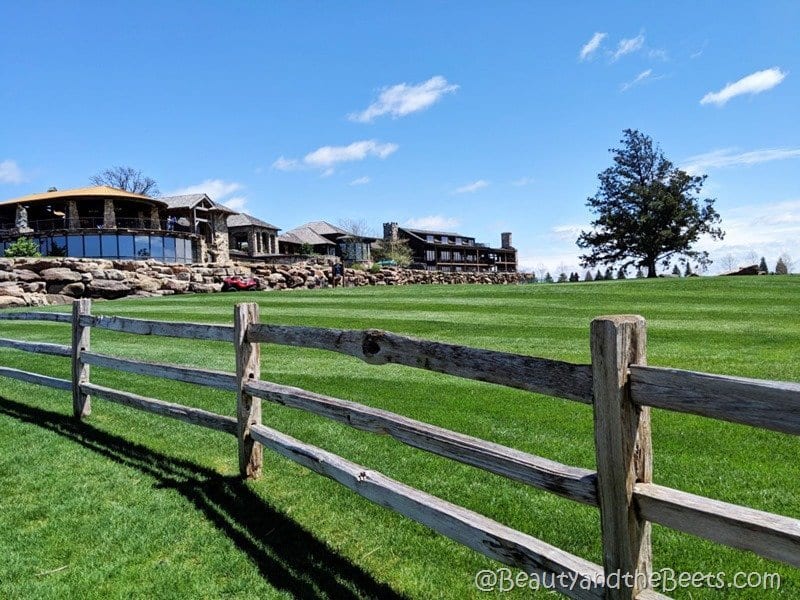 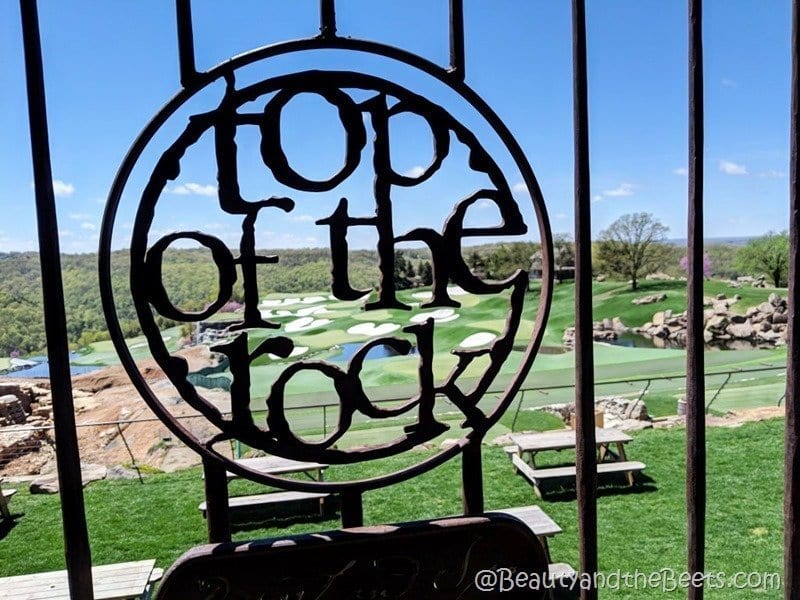