Another Monday, another meatless and Vegan recipe.  Going Vegan on Mondays is a nice challenge for a Vegetarian the same way that Meatless Monday is a healthy alternative for meat-eaters. 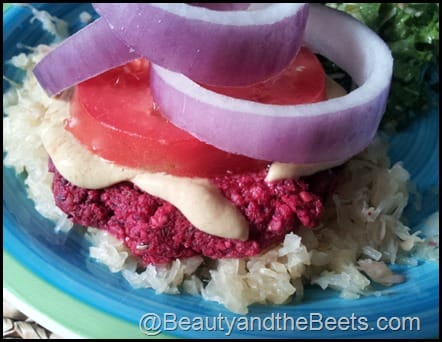 I’ve been playing it safe the past few weeks, making a kale and brussel sprout salad, a veggie ratatouille and a roasted tomato pasta dish.  This week I am stepping up to the challenge and going Vegan and RAW.  It is believed the benefits of a raw diet to be a greater ability in warding off disease, especially chronic disease.  It is also believed that raw food contains many essential food enzymes that are lost once the food is heated past 116° Fahrenheit.  However, becoming a raw foodist is not for everyone, though many Vegans and Vegetarians already are consuming a raw diet without knowing it.  Only three-fourths of the raw diet consist of uncooked foods, leaving the remaining quarter of the diet to be foods that are heated and cooked. Hmmm…. 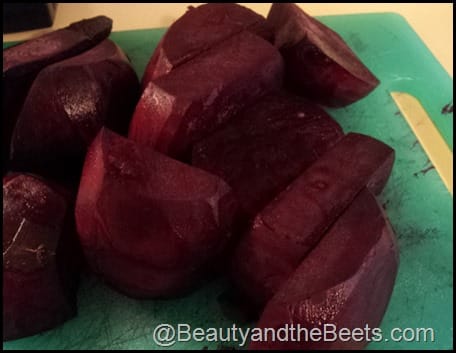 Anyway, after hanging out on Pinterest one afternoon I came across this recipe for a raw and Vegan Beet Burger from Addicted To Veggies. The recipe looked easy and after checking with the other half of my household, we decided to give these a shot.  (So proud of my brave Chad!!)

The most time consuming part was soaking the cashews (2 hours)- no big deal though.  Just place cashews and water in a bowl and walk away.  The most important thing is to use raw unsalted cashews though. 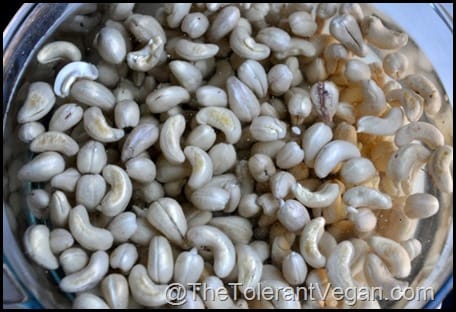 The trickiest part was shredding the raw beets.  I first peeled the beets than put them through the shredder blade on my food processor.  The tricky part was getting them shredded without the juices going everywhere- beet juice can stain so easily.  However, as long as you wipe everything up rather quickly you will be fine (and be sure to wash your hands so you don’t look like you just walked out of a crime scene.)  Next time I may actually try to find them uncooked and pre shredded (if such a thing exists.) 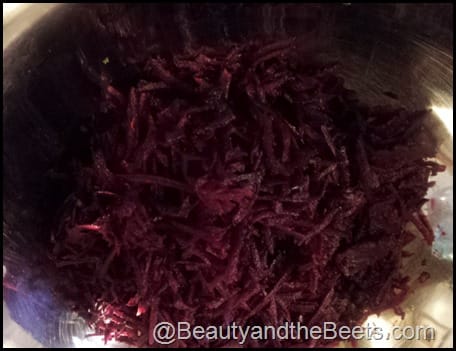 Anyway, they held together pretty well and though they would be great on a sprouted bun, we opted to eat them over a bed of sauerkraut and topped with spicy mustard, tomato and sliced red onion.  Even Mr. Skeptical Chad liked them. 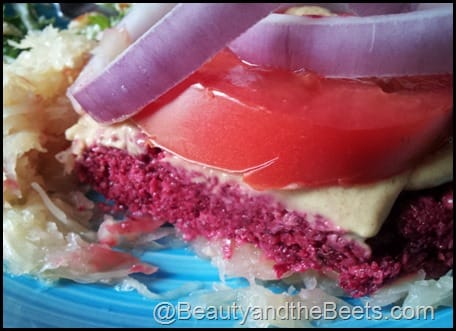 We made this Kale and Brussel Sprout Salad from last week to have alongside these beet burgers.  The spiciness of the salad complimented the sweetness of the beets. 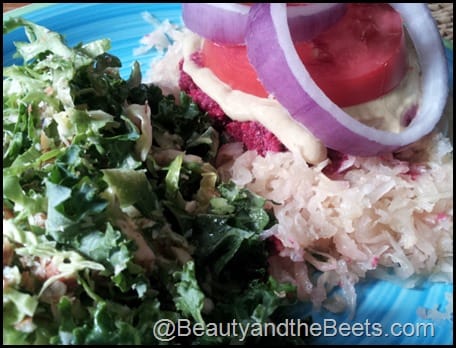 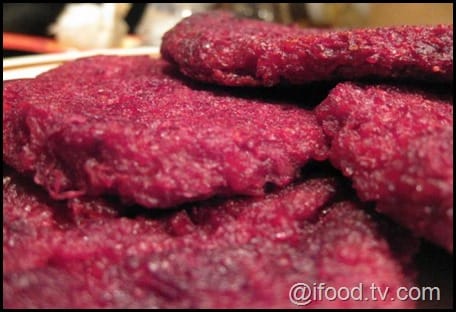 ***Just a couple of notes:  We had to hunt a little for the unpasteurized mellow white miso- we settled for just regular white miso we found at The Fresh Market. I later did find the mellow white version at Whole Foods but the regular miso worked just as well.  Also, we used bottled minced garlic instead of the garlic granules and it turned out great!! 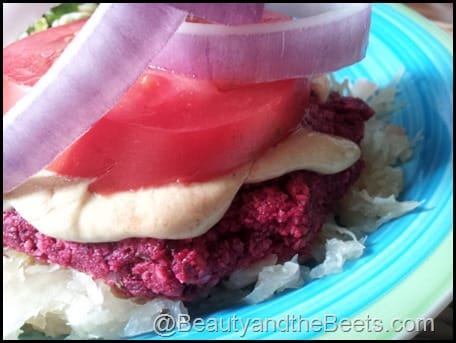 So I am curious, would you try these?  Do you eat a lot of raw food?