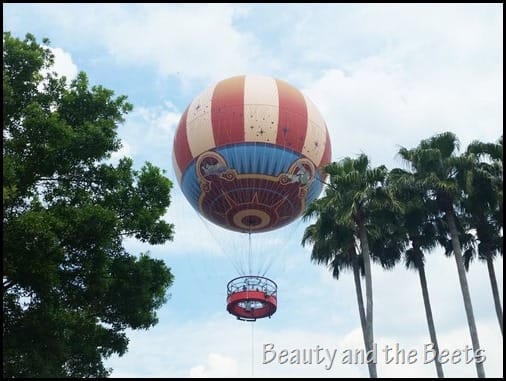 Last Tuesday I told you about my date with Chad at Disney’s Animal Kingdom– then yesterday I wrote about our recent date night at The Melting Pot and Gigi’s Cupcakes. We’ve been busy enjoying Orlando lately- and last Thursday we went down to Disney again to celebrate on the actual date of my birthday. 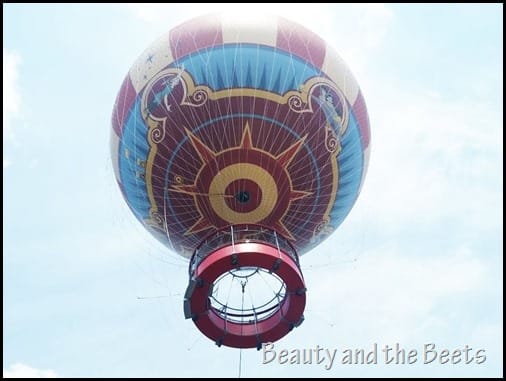 This time, however, we didn’t go into one of the parks. We headed over to Downtown Disney for some fun. 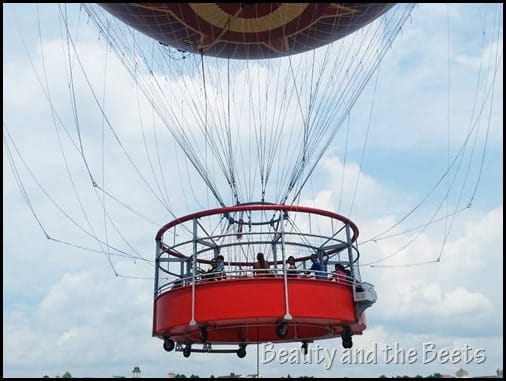 The first thing we did was get on the Characters in Flight balloon. It’s a huge balloon with a little donut shaped platform that will carry up to 29 people at a time 400 feet into the air. 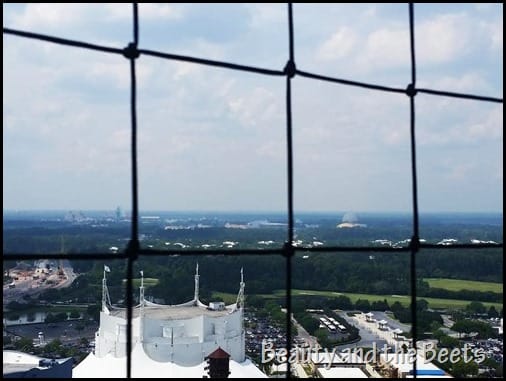 From that tiny little platform you can see all four of the Disney parks, the surrounding hotels and all of Downtown Disney. 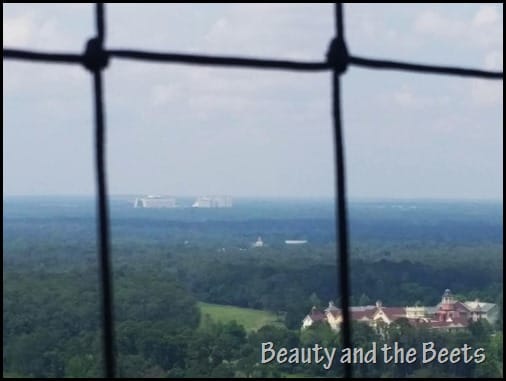 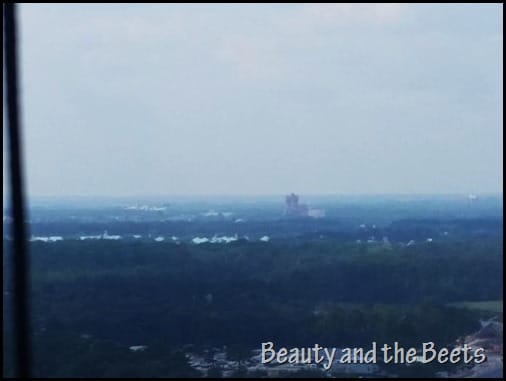 The balloon stays tethered to the ground at all times but on a windy day, the balloon does get blown around up there. For this reason, the number of people allowed up is restricted. We went up with 10 people total.

We stayed in the air for about 10 minutes taking in the sights. It was very uncomfortable for both Chad and I. There is no way to fall out of the donut but the platform itself is very skinny so you could see down from all vantage points. Plus, we could most definitely feel the wind blowing us around. 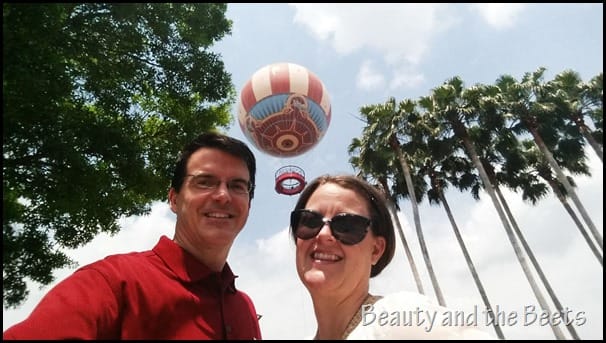 Let’s just say we were both very happy to be back on the ground. 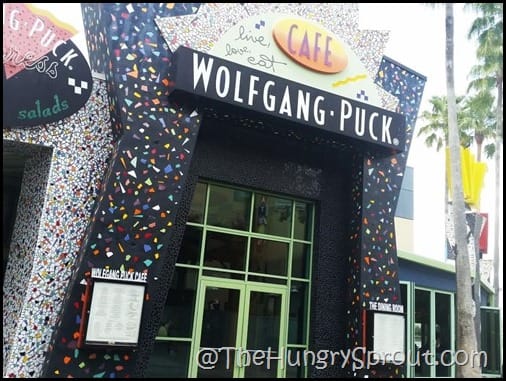 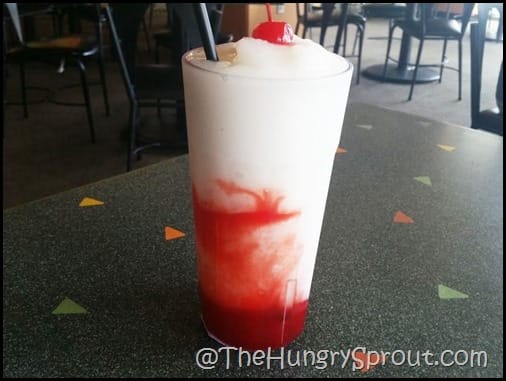 Once our stomachs settled, we were ready for some lunch. We got a table at the Wolfgang Puck Cafe and ordered Nada Coladas- non-alcoholic frozen strawberry coladas. 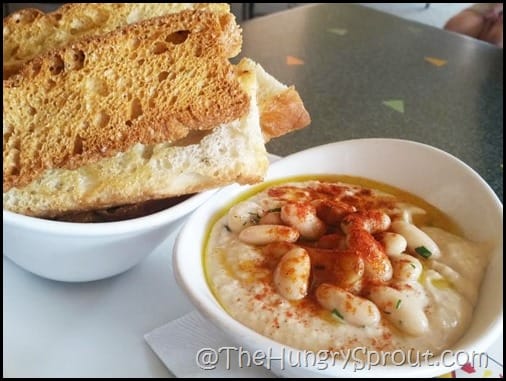 We loved the garlic and white bean hummus appetizer. 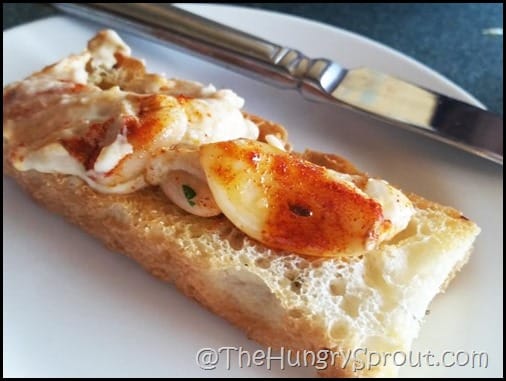 I especially was fancy to the big chunks of garlic. 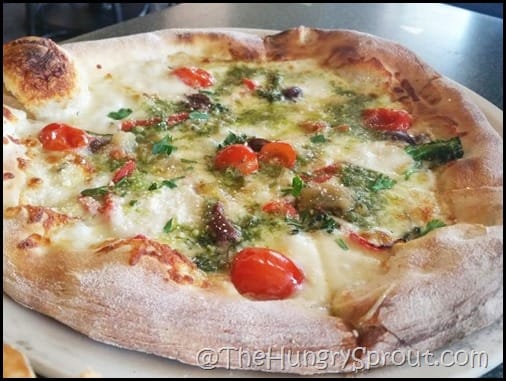 For our entrees we split the White Bean and Quinoa Veggie Burger and the Roasted Vegetable Pizza. Wolfgang Puck is most famous for bringing gourmet pizza to the forefront of California cuisine. Gosh that pizza was delicious. 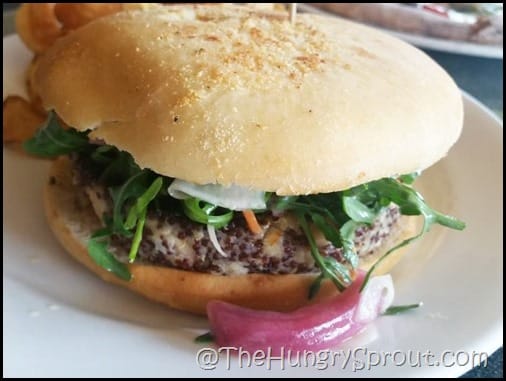 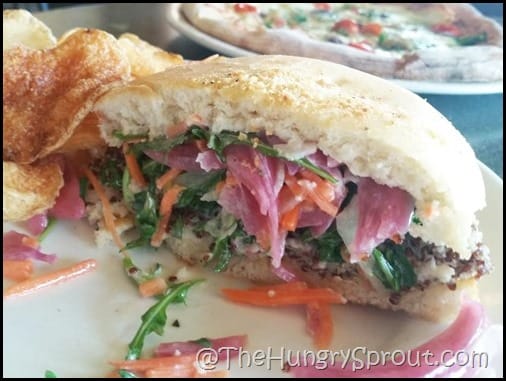 The White Bean and Quinoa Veggie burger was excellent as well. I think we both agreed that it was one of the best veggie burgers we have ever had. 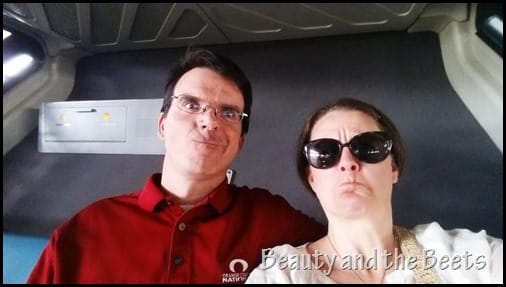 We skipped dessert at Wolfgangs and headed over to the Magic Kingdom. We parked at The Polynesian Resort and hopped on the monorail to The Grand Floridian. There, right in the lobby is an incredible display of giant edible eggs with each representing a story from Disney’s Fairy Tales.

My favorites were the Beauty and the Beast egg (naturally) and the Cinderella egg. 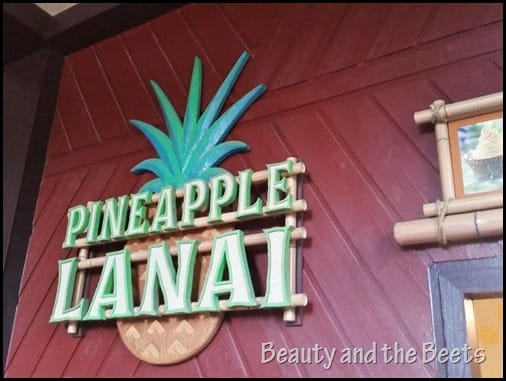 Our final stop of the day was back at The Polynesian Resort where there is a dedicated snack bar that sells Disney’s famous Dole Whips. If you have never had a Dole Whip then you are missing out. Originally you could only find it in Adventureland inside the Magic Kingdom, however, demand has been so high for this delicious treat that Disney started to sell it at The Polynesian. 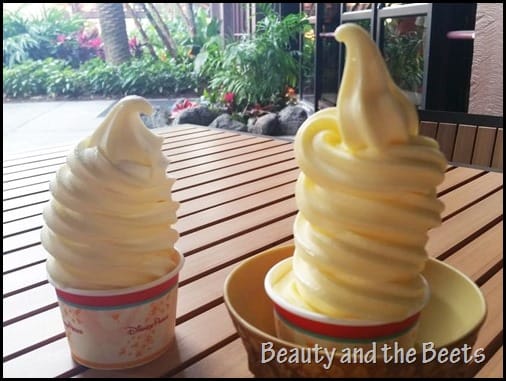 There are plenty of knock off recipes across the internet but there is nothing that can replace the real thing. Creamy frozen pineapple whipped up into a frenzy- so refreshing. Such a perfect way to end my birthday date with Chad. We sat in the gardens of The Polynesian enjoying our dessert and the sunny Florida weather. 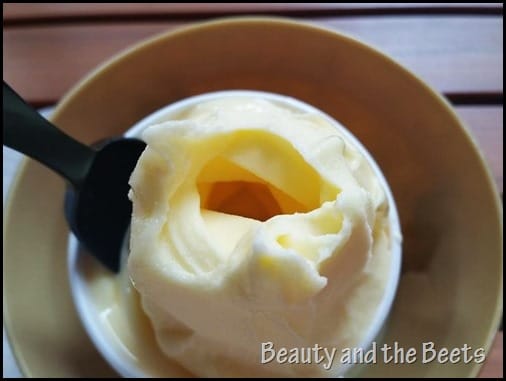 As we made our way back to our car we found this car parked next to ours. The Delorean from the Back To The Future movies. This is a very rare sighting in Florida as the car actually lives in South Carolina. 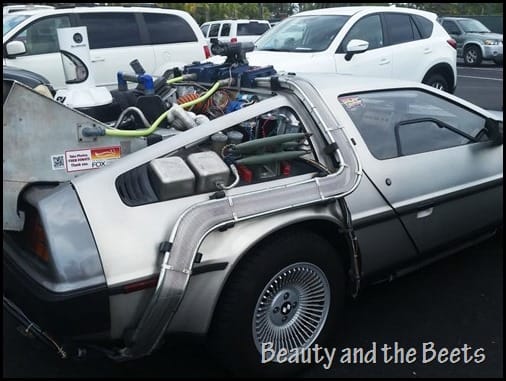 Cool, right? Well I ended up having a wonderful birthday- thank you Mr. Chad!! See you guys tomorrow for Friday Favorites where a winner will be announced for the personalized fitness journal. 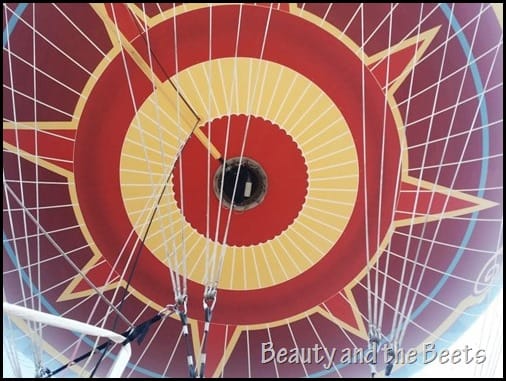