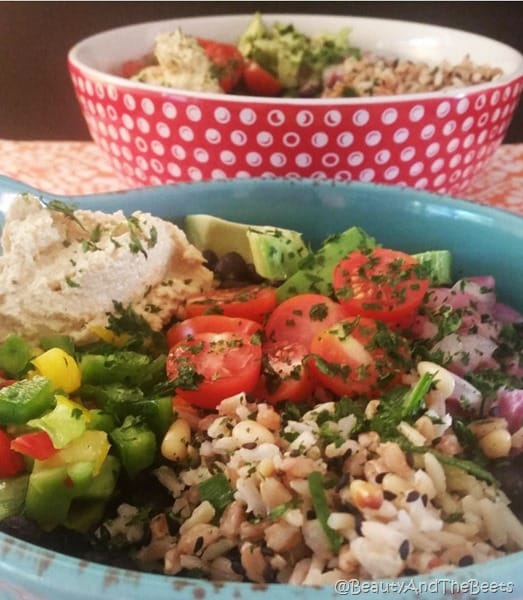 Mr. Beet had sent me a picture of a black bean bowl he had at a restaurant in Daytona Beach. He is not one to take pictures of his food so I know when he does, it is a  subtle hint. Make me this. Normally I ignore him and fix whatever I want, but this time…this one time…I listened.  (Don’t get used to this my dear Mr. Beet) 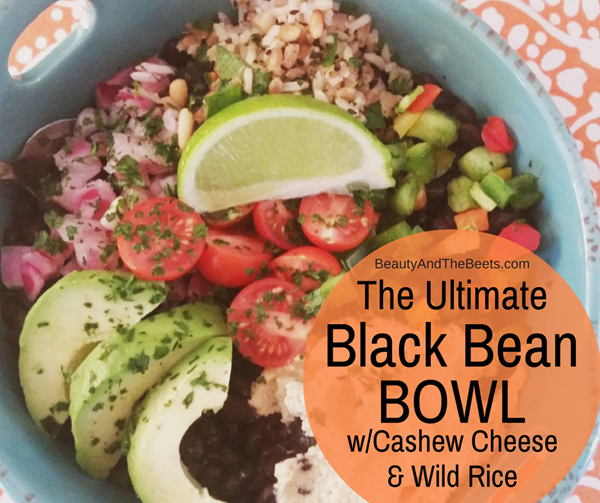 I wish I had saved the picture he had sent me- it was loaded with veggies like tomatoes, avocados and chopped onions. Super healthy. I decided to tackle this head on, adding Vegan cashew cheese and a wild rice mixture. My goal was to make this a full meal in a bowl. I think I nailed it. My bowl has protein, veggies, grain and FLAVOR!!! It’s a great fill you up dish. 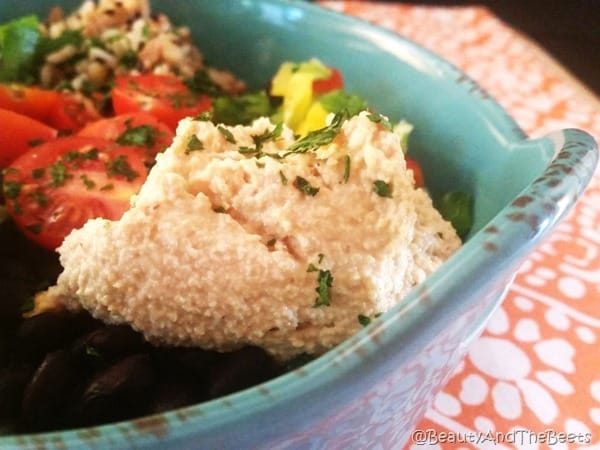 I really made it more difficult than it had to be. I spent two hours cooking and seasoning black beans on the stuff. Really, you can use a really good low-sodium can of black beans and get the same result (though that does suck the fun out of it, right?) However, you cannot buy the cashew cheese pre-made at the store. You have to make that at home. The longest time you will spend making the cheese is having to soak the cashews for an hour. No big deal. 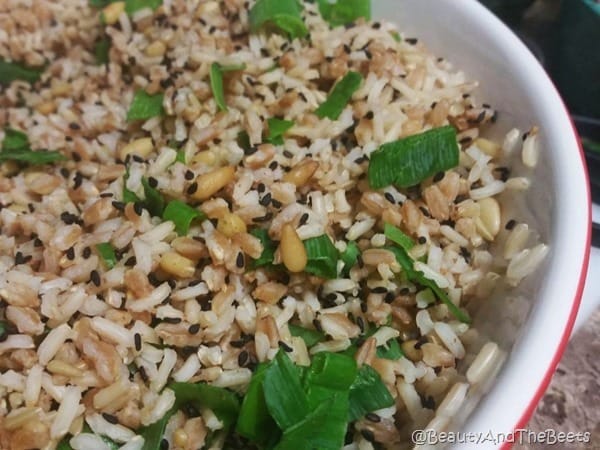 Making the wild rice was easy. I made a bowl of long grain brown rice and a pot of farro, threw the two together, added pine nuts and scallions. I made enough to use not only in my black bean bowl, I spent the rest of the week whipping up veggie tacos and soup using the rice. Farro is fairly easy to find in the stores nowadays as it is slowly entering into the mainstream acceptance of grains to cook with. It is similar to a bulgar wheat and certainly just as healthy. 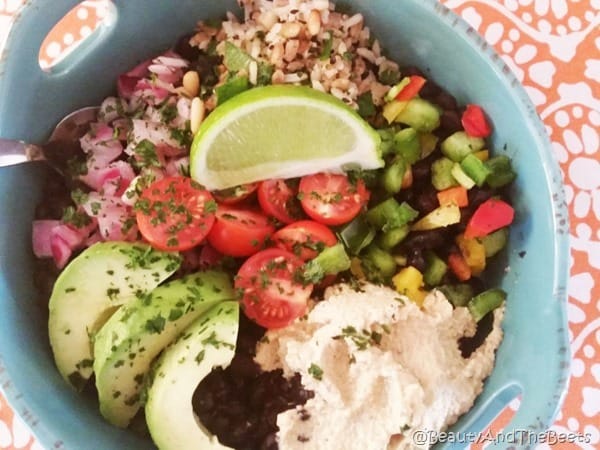 I also bought the peppers and onions pre-chopped. And if you really wanted to, it would be easy to buy pre-diced tomatoes instead of slicing them. I’m just saying. I am all about taking shortcuts when it will not compromise the flavor or healthiness of a dish. Who wants to chop vegetables all day? 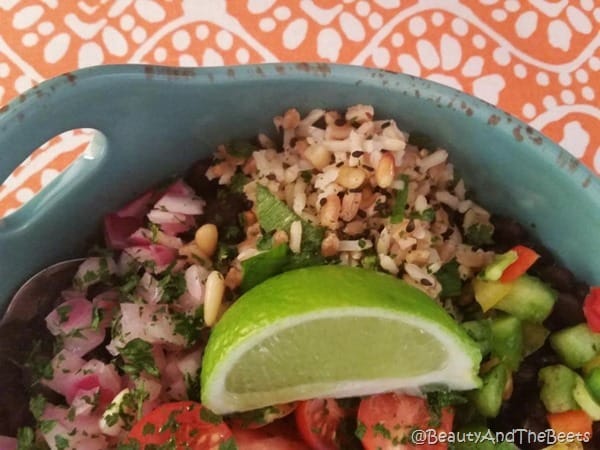 So anyway, here it is- the ultimate loaded Black Bean Bowl with Cashew Cheese and Wild Rice. Enjoy!!

For the black beans:

For the cashew cheese:

For the Wild Rice:

Garnish for the bowl:

For the black beans:

For the cashew cheese:

For the wild rice:

To prepare the bowl:

Made it tonight, it came out quite tasty. Definitely in the “make again” category.

You are so amazing how you can duplicate dishes that you order in restaurants - that is a gift. This one sounds and looks fantastic :-)