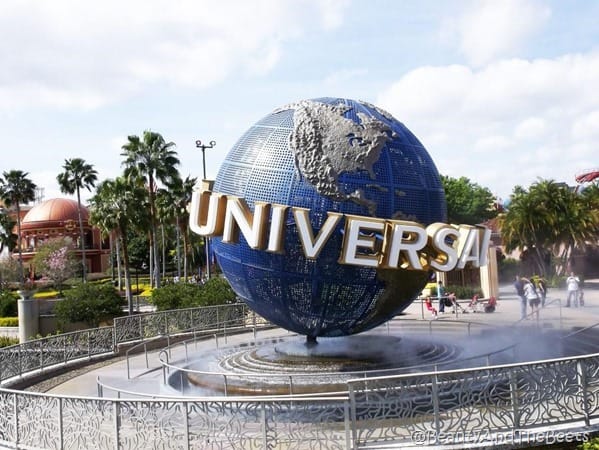 Blue Man Group Orlando has been at Universal Studios with the same show for several years now. Universal Orlando has now decided to change the show up in accordance with all the new changes happening at Universal Orlando- including a new parade and new attractions. I was lucky enough to snag some tickets to the Media Preview event that took place this past Thursday. It wasn’t the entire show but we were privileged to see some of the shows new elements. 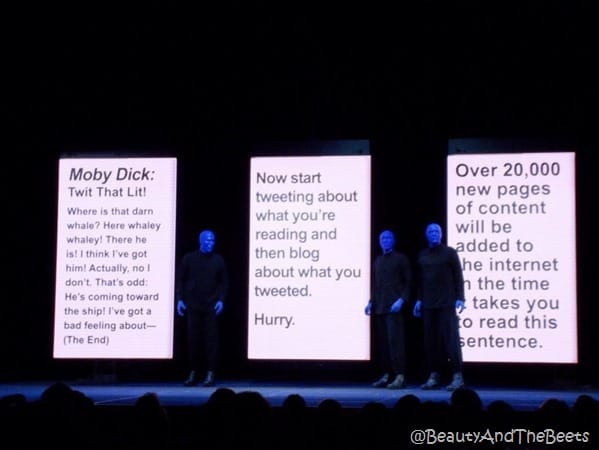 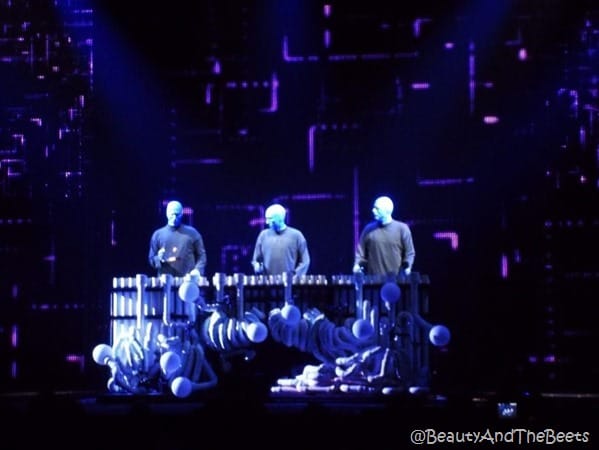 This show is so visually appealing…there are colors and lights and a live band….and hands clapping and arms waving……..they play instruments and paint pictures. Anyone who has seen the old Orlando show knows about the toilet paper and they have kept the toilet paper…….. a little bit. 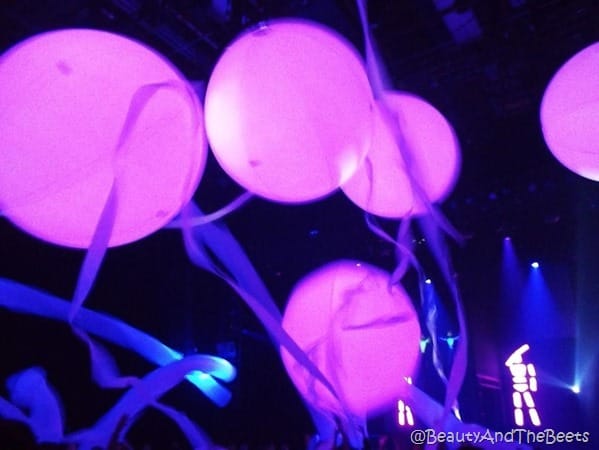 Now they have colored balls that become part of the show. It’s super cool. 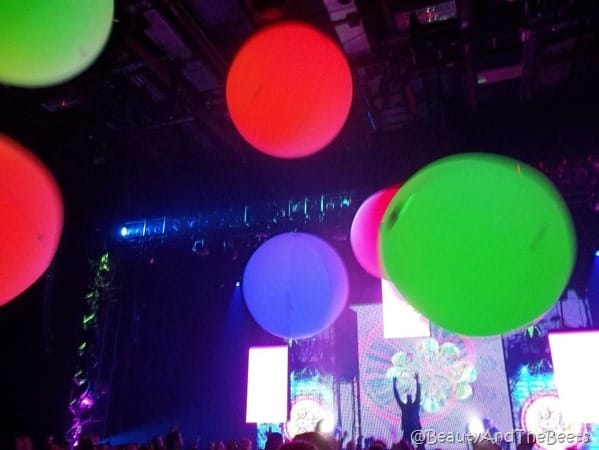 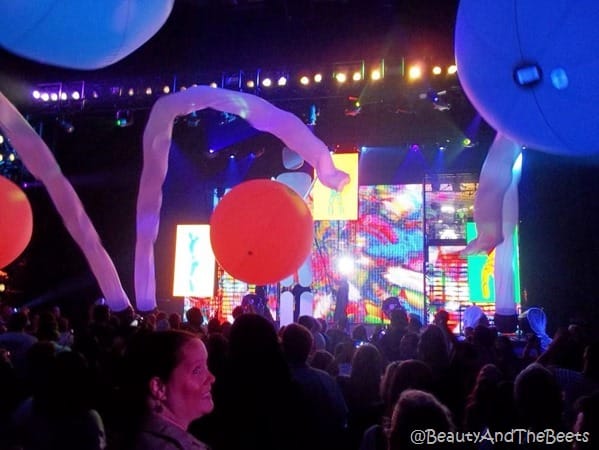 Blue Man Group is great- I think it is one of the most entertaining shows of all time. So much to see and take in……. 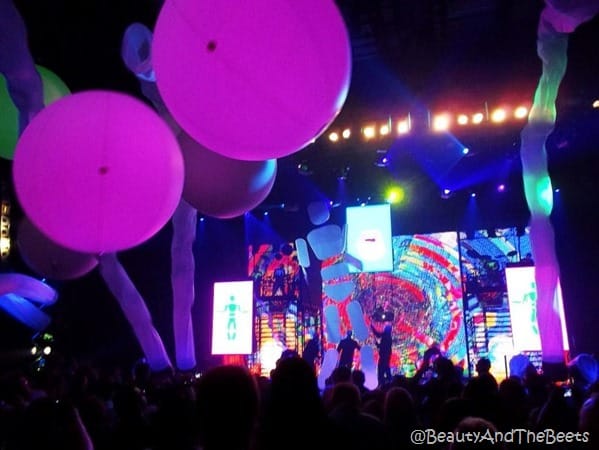 It’s funny…it’s interactive and well worth the money. Go see the new Blue Man Group Orlando show the next time you are in town – and if you buy me a ticket I will be happy to keep you company. 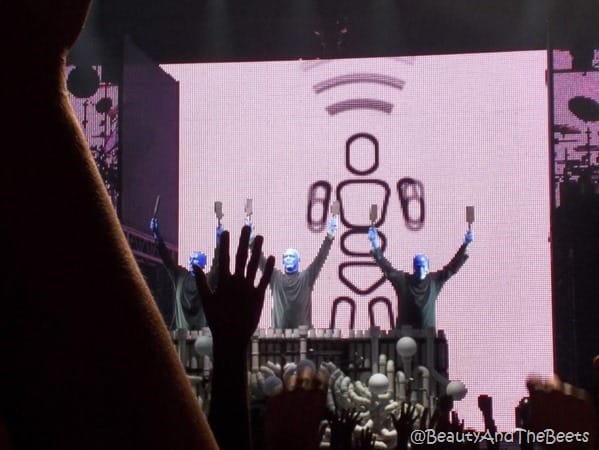 This is an educational show too – without giving too much away- did you know there are over 50 ways to describe your derriere? 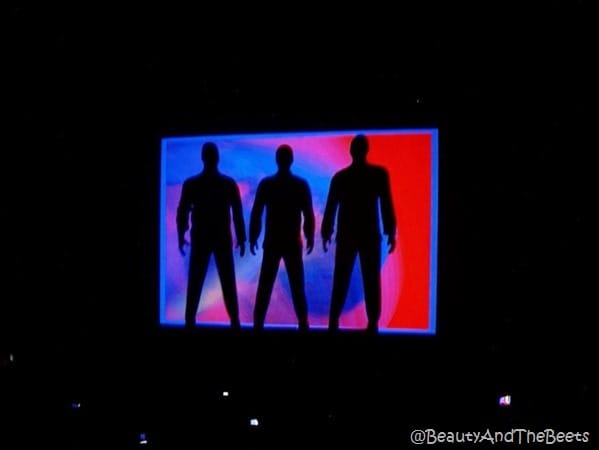 Check out Blue Man Group for more information and tickets.