Here is another installment of our trip to the south.
Previous trip recaps can be found at the end of this post.

By our third full day in Charleston the ice storm was just an old memory.  The temperatures were expected to climb into the high 60’s.  I again spent the morning working on the computer at the hotel until Chad was done with his work, then it was time for us to head into downtown Charleston for a little sightseeing. 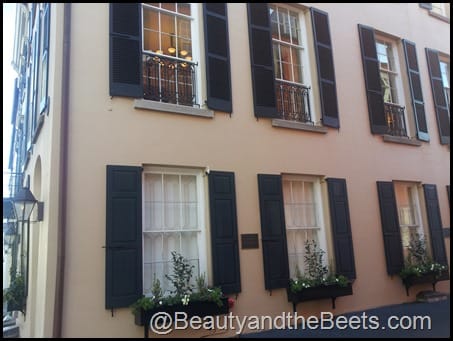 We first stopped for lunch at Dellz Uptown– a Vegetarian restaurant just north of the tourist district.  Actually, one of the only all Vegetarian eateries in the Charleston area.  We had to wait awhile for the food, but in general it wasn’t a bad place.  I really loved the Black Bean and Rice bowl Chad had with their homemade Goddess sauce. 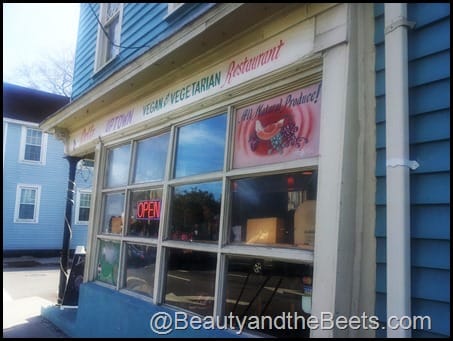 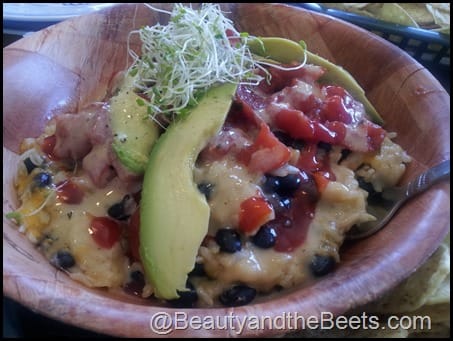 Next it was time for some sightseeing.  We found a place to park the car downtown and then just started walking.  The main shopping area of the city was on King Street just off the campus of the College of Charleston and had retailers like Steve Madden, The Gap and Urban Outfitters. 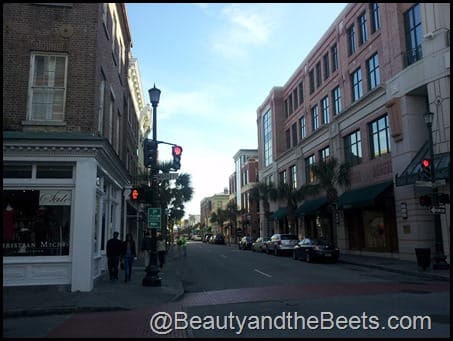 We then walked around neighborhoods that had mansions and row houses- they were all probably hundreds of years old.  So much charm and character. 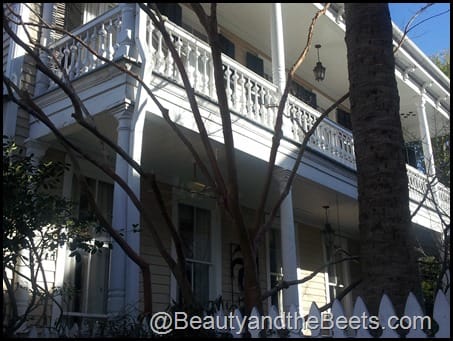 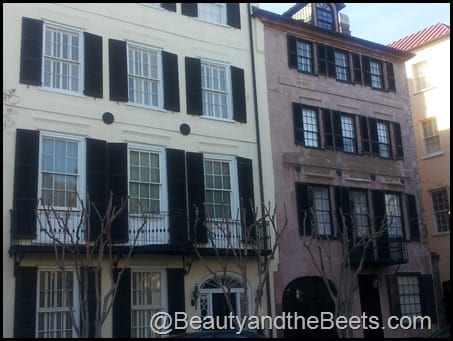 We really loved all the wrought iron that is so characteristic of Charleston and the South. 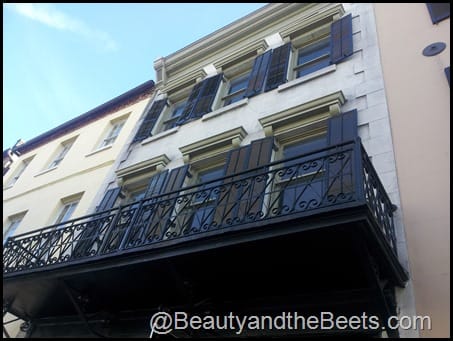 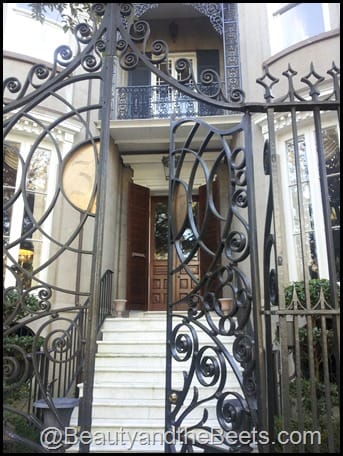 There are also a lot of really beautiful old churches all through downtown Charleston. 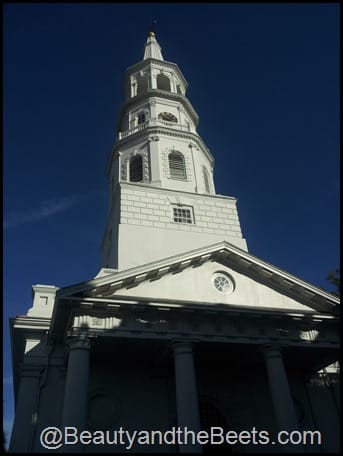 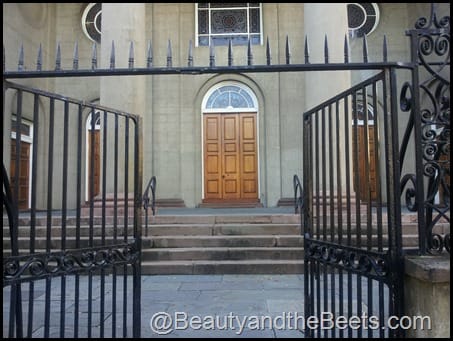 Also interesting were all the tables of baskets scattered throughout the city.  Ladies sit on the sidewalks and weave baskets out of sweetgrass right in front of you.  While they are everywhere, they are not cheap.  They are very pretty though. 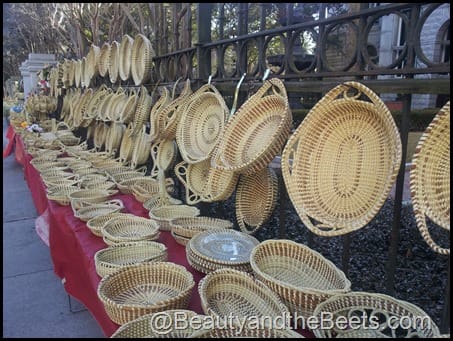 Eventually we made our way to the water- Charleston basically sits on a peninsula.  The whole area by the water is a park with benches and pathways.  There are a few mansions that sit next to the water but it is mostly an open area for anyone to explore. 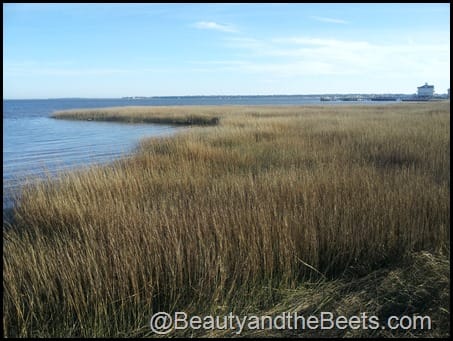 We found some swinging benches and took a few minutes to rest as we admired views of the marshland and the Ravenel Bridge. 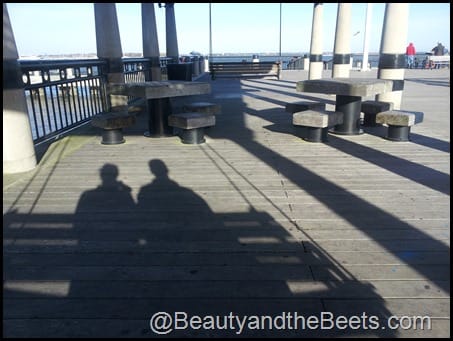 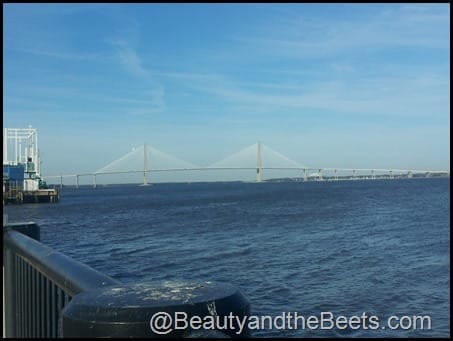 We were starting to get hungry so we began to make our way back towards the car.  We passed the famous houses of Rainbow Row.  In the 1930’s the houses were painted in a variety of pastel colors and has since become the most famous attraction in Charleston.  The reasons for the houses being painted so brightly are inconsistent- one story claiming they were decorated with different colors so sailors could remember which house they were staying in after a long night of drinking. Another rumor is that they were painted to freshen them up at the time and there was no money to actually renovate the interiors. 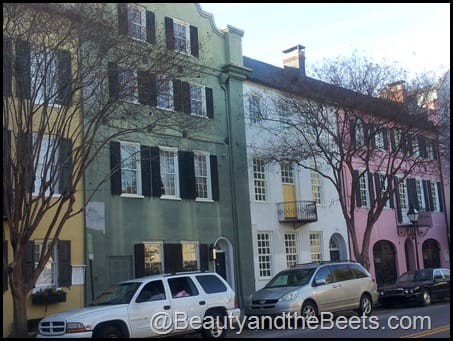 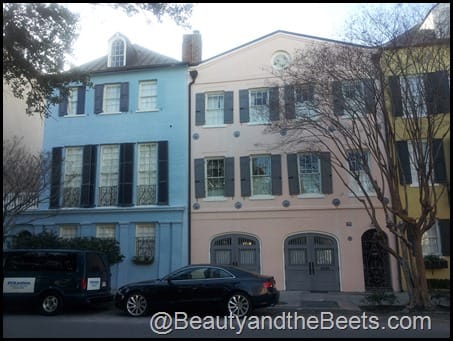 We decided to “eat in” at the hotel so we headed to Whole Foods to hit up the salad bar.  We had to drive across the Ravenel Bridge to get to the market.  What a massive but gorgeous bridge.  It had just re-opened earlier in the day after being closed for two days due to the ice storm. 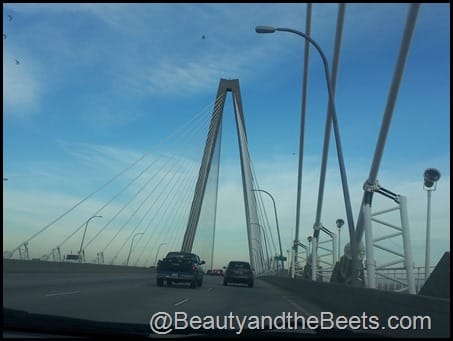 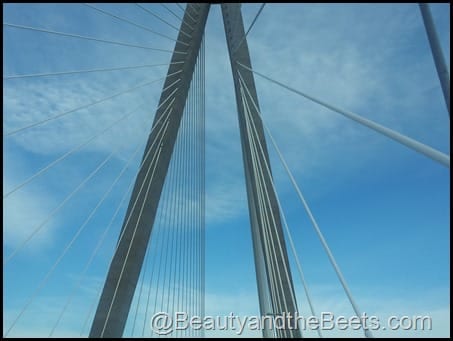 It is so strange going to a Whole Foods in a city other than Orlando.  All the stores are the same yet so different.  This one, located in Mt. Pleasant, SC, however was so crowded that there were actually employees directing traffic through the checkout area.  The lines stretched clear back to the middle of the aisles. 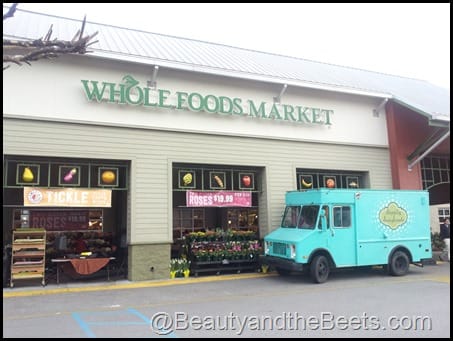 There was also a food truck onsite.  This one was called Diggity Doughnuts and they sold all Vegan doughnuts.  We bought the Margarita Donut with lime frosting and sea salt as well as the Nutty Rooster– a vanilla cake donut topped with peanut butter and a spicy Chipotle Sauce. We had a dessert to go with our salads! 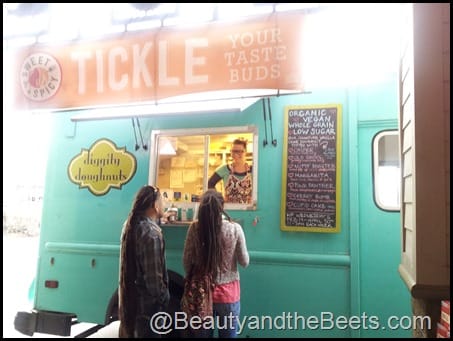 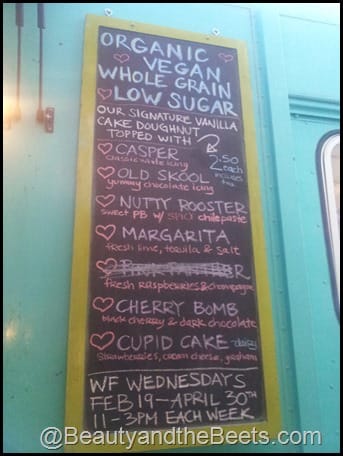 We brought all the food back to the hotel and had a nice quiet evening.  We had one last stop in the morning to make in Charleston, then we were going to start the 6 hour drive back home. 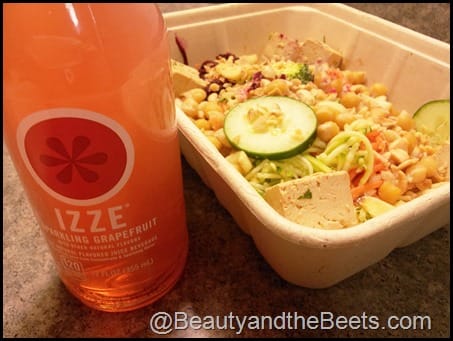 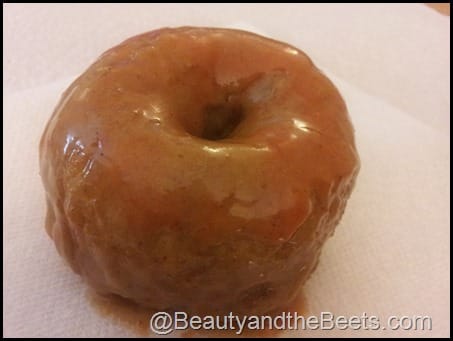 Charleston is just so quaint and charming.  I wonder if I could persuade Chad to move here. 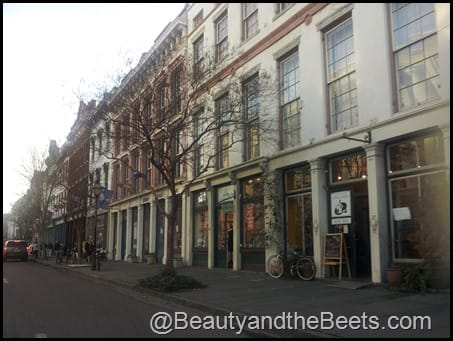 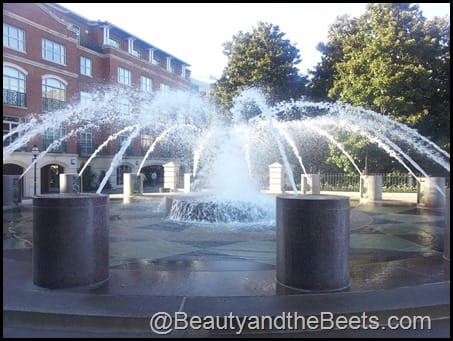 We made a new friend too. 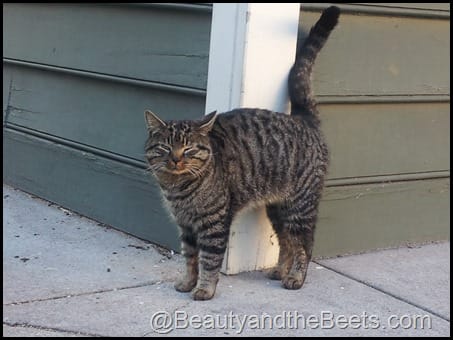 Next week will be the last of our trip recaps as we return to our normal lives back in Orlando.

6. The Great Ice Storm of Charleston

WOW, a vegan donut truck - I love it. Beautiful pictures - I really must visit Charleston :-) AND, I love your new “friend.” I am surprised that you didn’t try to kidnap Him/Her to add to your “Kids."