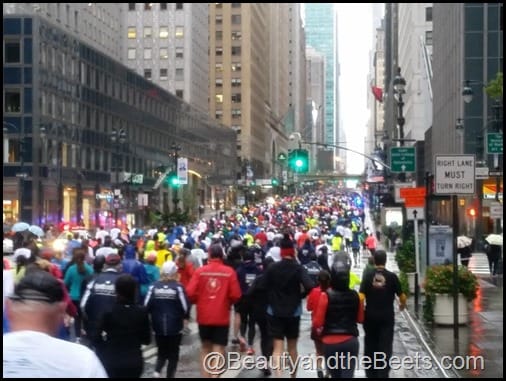 It was a rainy and cold Saturday morning as my Mother and I joined 8000 runners gathered in New York City. Our plan was to run the Dash to the Finish Line 5K race- 3.1 miles from the United Nations Building to Central Park. Our finish line was the very same finish line as the New York City Marathon, a race that was scheduled for the following morning. 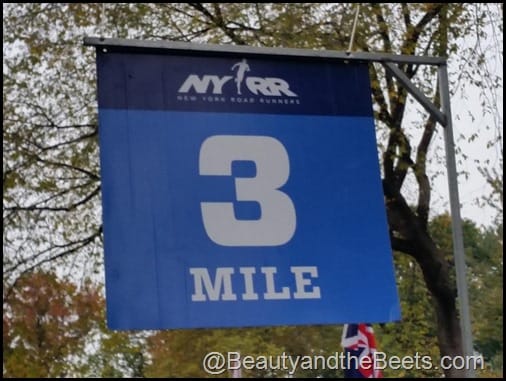 I have no plans now or ever in the future to run a full marathon. This weekend I will run in my third half marathon but while in New York City I didn’t want to miss out on the NYC Marathon festivities. The New York Road Runners- the sponsor group of the marathon organized a 5K race, mostly for the friends and family of marathon runners to enjoy so that we too could experience the thrill of crossing the marathon finish line in Central Park. 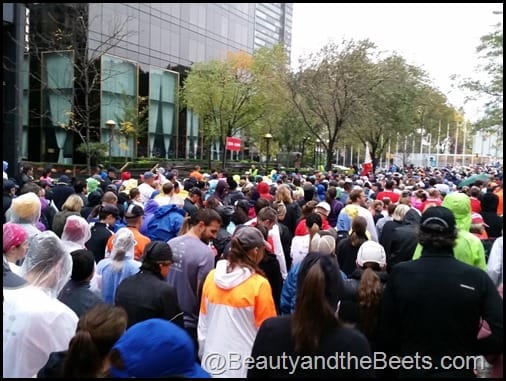 As we gathered for the start of the race, the rain was steady and the air was cold. I was bundled up in a scarf and mittens, long fleece pants and a rain resistant winter jacket. I seemed to be the only one fearing the frigid 45° temperature. Well, 45° is cold to this Floridian. Other runners were in T-shirts and running shorts. Crazy. 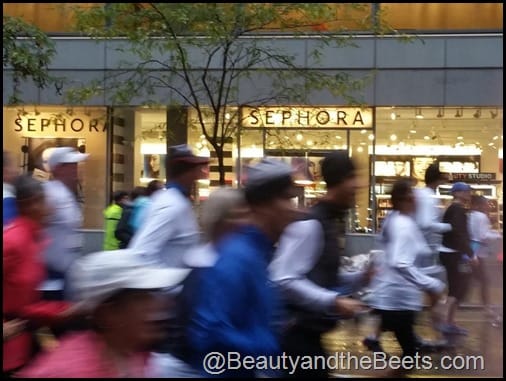 The race began at the United Nations headquarters on 1st Avenue and turned up 42nd Street. We passed Grand Central Station and Bryant Park. We also ran past some of my favorite stores including Sephora and the famous Crumbs Bakery (Cronuts!!) 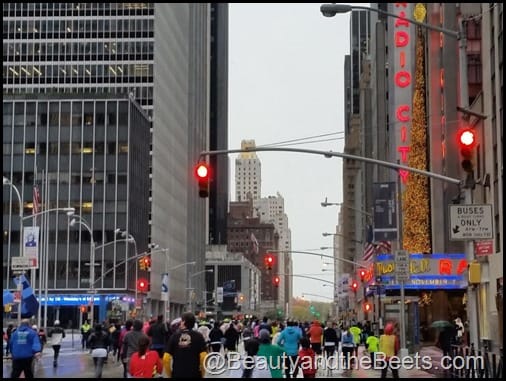 We then turned up the Avenue of the Americas and past Radio City Music Hall before making our way into Central Park. It wasn’t until we made it into the park that we picked up the end of the NYC Marathon route and eventually to the finish line. 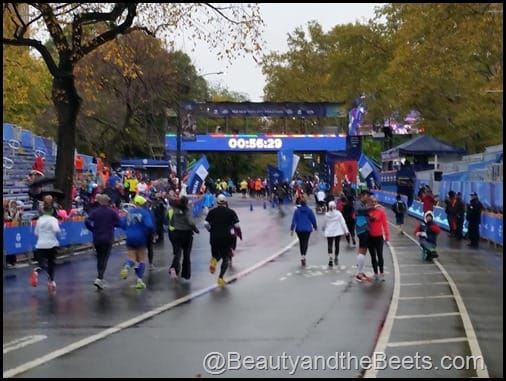 I could feel the excitement gearing up for the big marathon race. Though there was only a handful of people gathered at the finish line for our little 5K, I could imagine the grandstands filled with cheering fans as 50,000 runners would soon be crossing the finish line for the full marathon. 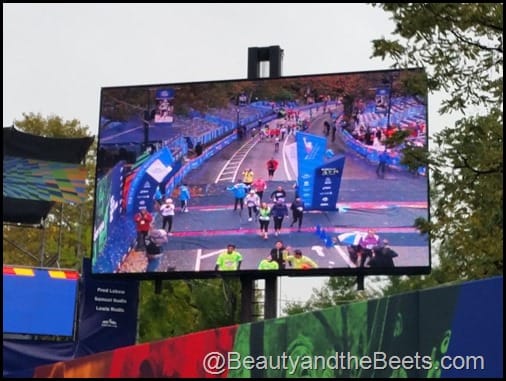 My Mother and I even made it onto the big screen at the finish line. That’s me right in the middle wearing the yellow rain jacket and my Mom in the pink jacket just in front of me. It was thrilling to cross THE finish line of the NYC Marathon. With 8000 runners, this was by far the largest and most exciting 5K race I have ever participated in. 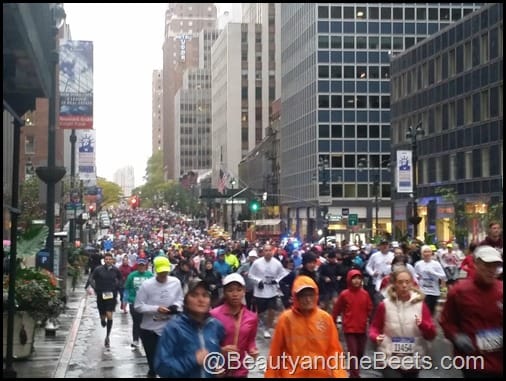 As the race ended, the rain was really coming down and we made our way back home. Although we were soaking wet, we were hoping the rain would stop in time for the marathon. It was brutal just running 3 miles in the rain, it’s a whole different ball game for anyone to run 26 miles in the cold rain. And we had plans to cheer on our very own Chad who was preparing to run the marathon, which would start in less than 24 hours.

After we arrived home, we fueled up with bagels and fruit, then treated ourselves to an afternoon of a movie and shopping, proud of our accomplishment. After all, we could have decided to stay home in the cozy and dry warmth instead of racing through the cold and wet streets of the city. However, I am very happy we decided to run- we crossed the finish line 24 hours before any of the marathon runners!