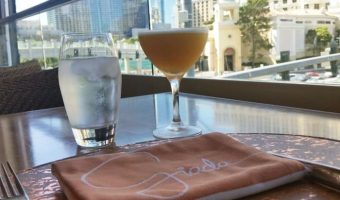 When I learned I was heading to LAs Vegas, I had one goal in mind. To eat at the restaurant Giada De Laurentiis opened in 2014 named Giada. I booked a table online and went for lunch in the middle of the week. Of course, Vegas knows no such thing as weekends so it was pretty crowded, even in the middle of the week. However, I was seated at one of the premiere tables in front of the open air windows overlooking the Boulevard down below. I faced directly towards the fountains of the Bellagio, in [continue reading...] 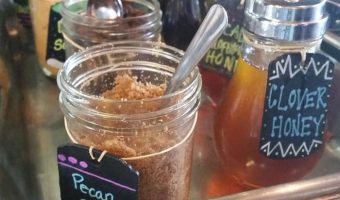 Biscuit Head came highly recommended by several friends who have visited Asheville before. And when we pulled up to the restaurant, we realized that Biscuit Head came highly recommended by many people to many people. There was quite a line. However, the line moved quickly and it gave me a chance to make a decision on the menu. Perhaps what impressed me most was the biscuits and Vegetarian gravies. A flight of three gravies - an Espresso Red Eye gravy, Sweet Potato Coconut gravy, and a [continue reading...] 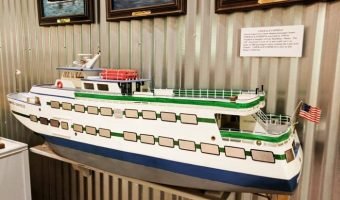 There are so many fun things to explore in Sandusky, Ohio. The city is full of so much history, from the early days of the Cedar Point Amusement Park to the heyday of ice harvesting. I was really intrigued with the idea of ice harvesting so I dropped in for a visit to the Maritime Museum of Sandusky. The museum is just a block from Lake Erie, a major component to the history of Sandusky. The lake was used for ice harvesting in the winter, commercial fishing in the summer, and transporting [continue reading...] 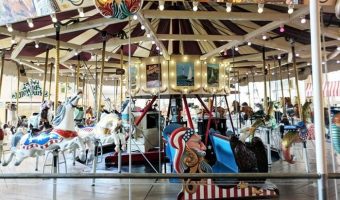 Did you know that the Merry-Go-Round was actually used in military training? Soldiers were trained how to load supplies onto a moving horse. True story. However, most of us know the Merry-Go-Round as a fun magical ride at carnivals, fairs, and theme parks around the world. Merry-Go-Rounds are colorful, adorned with sparkled jewels and catchy music. But did you know there is an entire museum dedicated to the history and the art of the Merry-Go-Round? Sandusky, Ohio is home to so much more than [continue reading...] 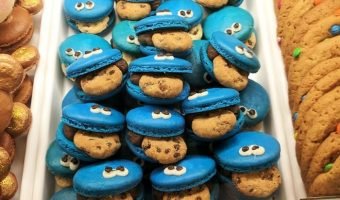 One of my favorite parts about traveling is experiencing the local cuisine. Mr. Beet and I always seek out the locally owned restaurants and if there is a public food market, you can bet I will be there. And by food market, I am not talking the local Publix. I am talking about the farmer’s markets and the Chelsea Markets of the world. Any place where local vendors gather and sell their products. Any place I can go and experience different foods influenced by the city’s culture. On a [continue reading...] 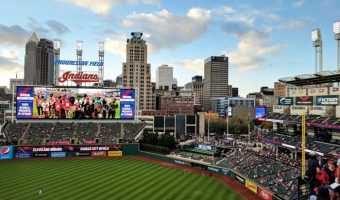 It was September 14 and I was boarding a plane for Cleveland with Mr. Beet. We were going to spend one night in Cleveland before heading to Bloggy Con at Cedar Point in Sandusky, Ohio. And while in most places across the United States, September 14 was just another ordinary day, it was a very special day in Cleveland. A monumental day. The Cleveland Indians were currently tied with the Chicago Cubs for the longest winning streak in modern baseball’s history. They were tied at 21 games and [continue reading...] 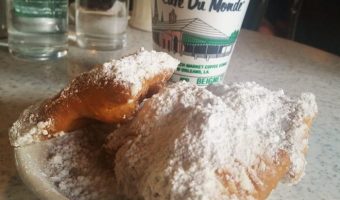 When I think of the cuisine in New Orleans, po’boys, jambalaya, and gumbo pop into my mind. NOLA has more signature dishes than most American cities, but arguably the most popular food to come out of New Orleans is beignets. While the beignet itself can be dated as far back as the 16th Century in France, fried dough has been around since ancient Rome. New Orleans brings the beignet to a whole new level - especially if you take a trip to the famed Cafe du Monde.  Since 1862, Cafe du Monde has [continue reading...] 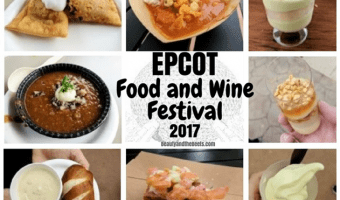 I have a confession. I live 7 miles from the entrance of Walt Disney World, and I have been to the parks twice in ten years. I spent five years working there in the early 1990’s, first as part of the college program (back when it was an exclusive program), then later as a performer in the entertainment department. I was at Disney all the time as most cast members are, and eventually the magic just kind of becomes ordinary. Not that I don’t appreciate Disney, I do, but believe it or not, Walt [continue reading...] 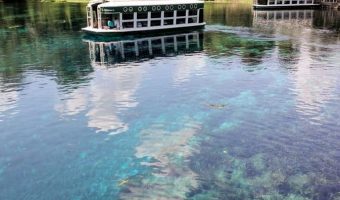 In the 15+ years I have lived in Orlando, one place I have never spent a considerable amount of time is Ocala, a little over an hour north of my house. I have driven through Ocala many times via the interstate, but always while heading to other places like Atlanta or New Orleans. I was presented with an opportunity to spend a weekend in the Ocala and Marion county area, with all of my activities planned for me by the Ocala Marion County Visitors and Convention Bureau. Yesterday I posted [continue reading...] 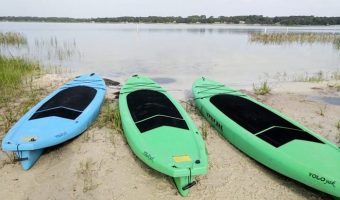 I recently had an opportunity to spend a weekend in Ocala, FL, Marion County. And it was the best weekend ever. Ocala is located about an hour north of Orlando and the city is known as The Horse Capital of the World. There are over 700 horse farms in the area, and Ocala/Marion county is home to more horses than anywhere else in the United States. The area has also produced some of the finest champions in horse racing, with ties to the Triple Crown. Thoroughbred Champion American Pharoah [continue reading...]