It is always fun to take a road trip and get out of town- even if it is just for the day.  Recently Chad had some work up in Gainesville, FL and I decided to tag along.  We had gotten there a little early and decided to check out the University of Florida campus.  The Gators’ football stadium was actually open and we walked into what is better known in Gator Country as “The Swamp.” 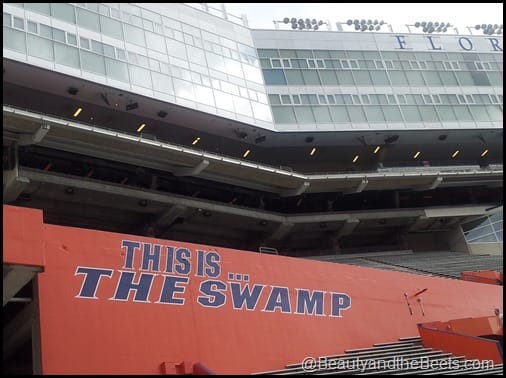 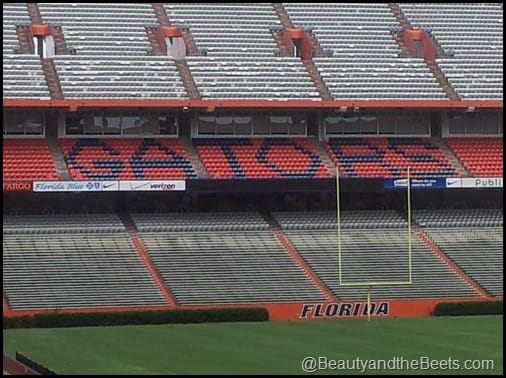 I love stadiums.  They are always full of so much history.  In this case, this stadium saw the Gators win the National Championship three times and Tim Tebow, Steve Spurrier and Danny Wuerffel win the Heisman Trophy.  Since 1930 when the stadium was built, there have been many rivalries contested at the Swamp.  It seems the Gators have made enemies with Florida State, Georgia and Auburn and 90,000 people pack into the bleachers here and watch these games determine who is the best. 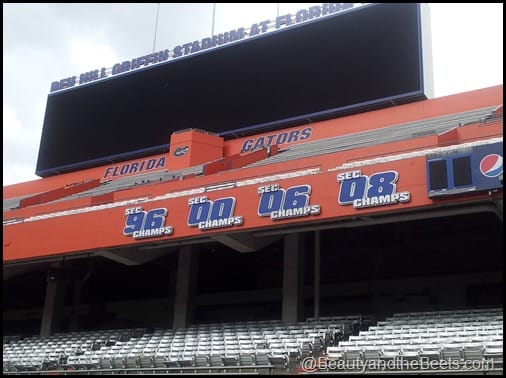 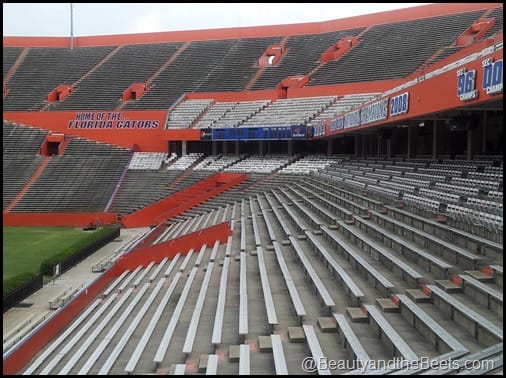 The Stadium was even more spectacular when it was empty and quiet.  Except for a handful of people working out running up and down the bleachers we were alone.  There were no screaming fans, no marching bands, no players on the field.  And yet, the place was alive.  All those people who have been there before us and all those people who will be there after us.  All the history that has yet to be made. 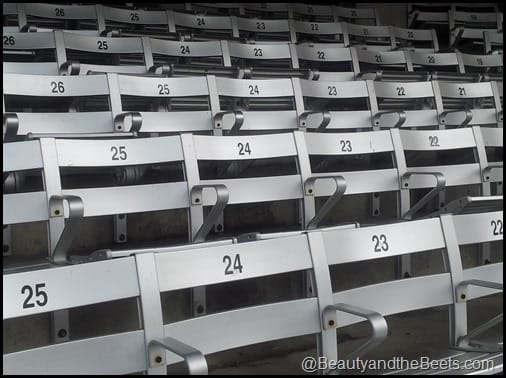 Something really magical happened while we there.  It rained.  And it was that famous Florida rain where it rains on one side of the street and not on the other.  We could look across the field and see the rain yet we were dry.  And the rain made such an eerie sound as it hit the metal bleachers and echoed throughout the stadium. 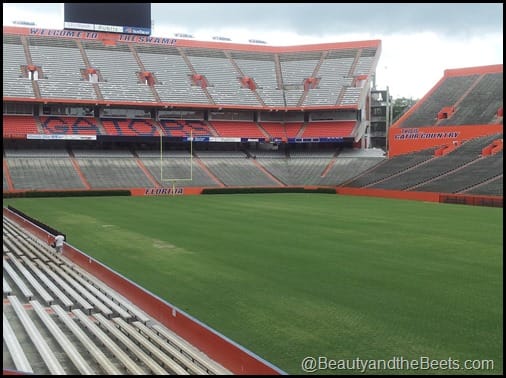 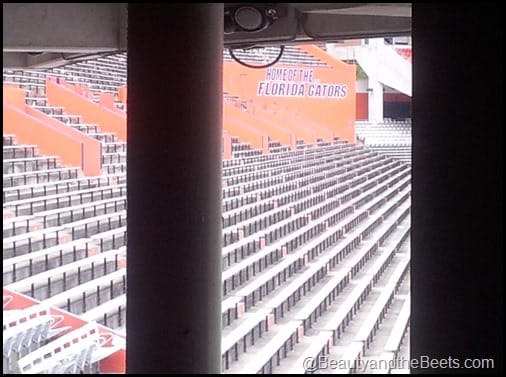 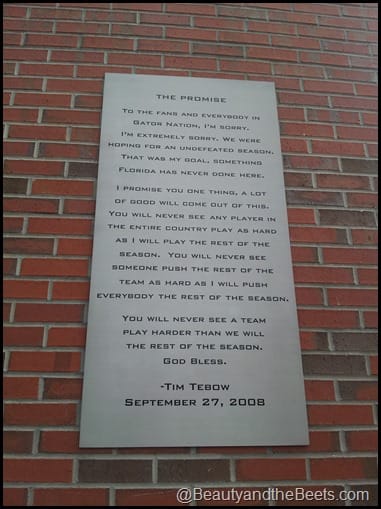 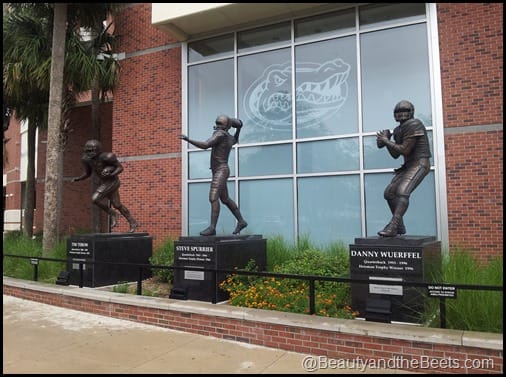 But here is what happens every time I go see a big game in person.  I end up becoming a fan.  A big fan.  And living in Orlando, there is always a big rivalry and debate among Florida State Seminoles and Florida Gators fan.  When I fist moved to Orlando years ago my best friend and I were in a bar in downtown Orlando.  And the DJ got the crowd rallied up and asked who was a Gator and who was a Seminole.  The entire bar became rowdy and half were doing the famous Seminole Tomahawk Chop gesture and the other half was doing the famous Gator Chomp gesture.  We were afraid for our lives.  We were.  We came from a school where our football team rarely ever won a game and we were known as the “Owls”- and how do you gesture an Owl?  Hoo!  Hoo! 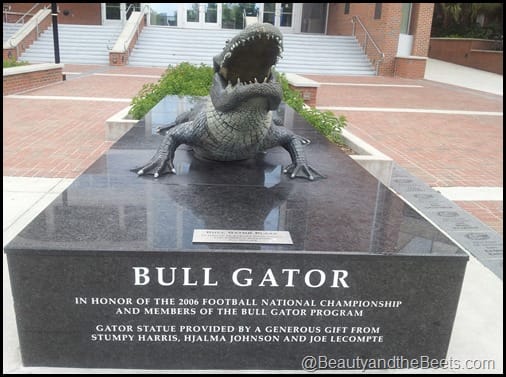 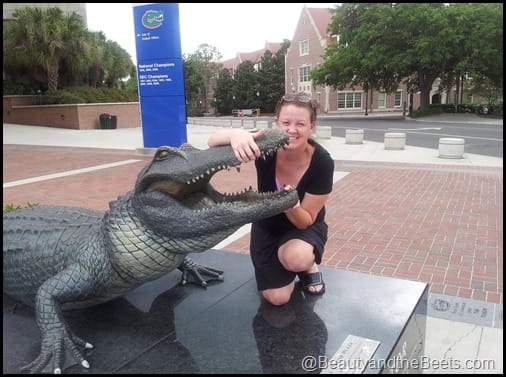 The Swamp is pretty cool though.  Maybe as famous as college football stadiums can get.  It was nice it was open to the public to stroll through.  Our last visit to South Bend we tried to get into the Notre Dame Football stadium but it was locked up.  I even told Chad the next time we get to Gainesville we should bring our running shoes and run around the stadium.  If it is good enough for National Football Champions it is good enough for me!! 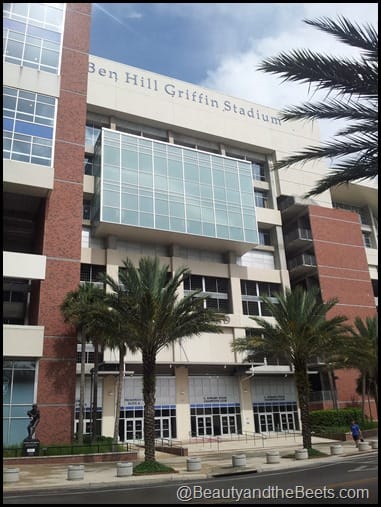