Membership has its privileges.  As  a member of the Orlando YELP Elite squad I was among a handful of lucky members chosen for an amazing weekend down in Tampa.  Yelp Eliters from Miami, Jacksonville, Orlando and Tampa all gathered in Tampa for the annual Fall Break.  Friday night we had special VIP passes to the Howl-O-Scream event at Tampa Bay’s Busch Gardens.

Our evening started with a small private reception at an area of the park called Club Cursed.  After an hour of introductions and meeting other Elite Yelpers from across the state they let us loose into the park.  We set forth to conquer as many of the Haunted Houses as we could until the park closed at 1am.

One of the perks of our Yelp event was the front-of-the-line passes we were given, allowing us the opportunity to jump to the front of every single line.  Because of this, we were able to walk right into 5 of the 8 Haunted Houses immediately.  This was an amazing perk we received as many of the houses had wait times of over an hour. 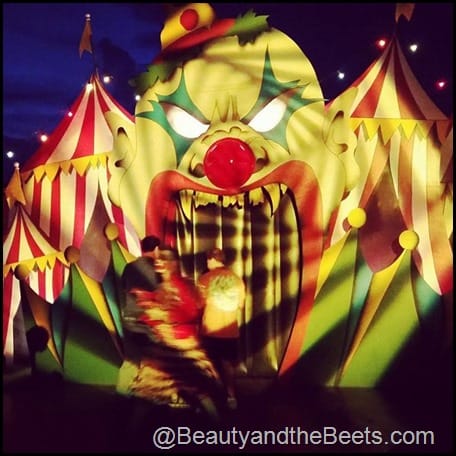 The Haunted Houses themselves are all very detailed and elaborate.  Where you expect the actors to jump out at you, they don’t.  Where you think you are in a safe zone, an actor lunges at you and sends you running.  (Thankfully, I was very careful to empty my bladder before every house.)

I didn’t get a lot of pictures inside of the houses as they were all so dark. Plus, my camera would have most certainly gone flying across the rooms and landed in some Zombie grave somewhere.

However, take my word when I say these houses were evil, frightening and scream-worthy.  You just never knew where the actors were hiding.  And they prey on the weak.  Trust me ….I know. 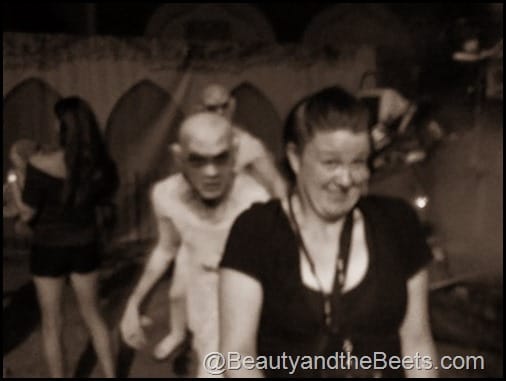 EEEEEEKKKKK!!!!!  A few years ago nothing would have gotten me to walk into these Haunted Houses and Scare Zones until I worked as a Scareactor at Halloween Horror Nights at Universal Studios.  Now, after trips to both Cedar Point for Halloweekends and Busch Gardens for Howl-O-Scream this year I am hooked. 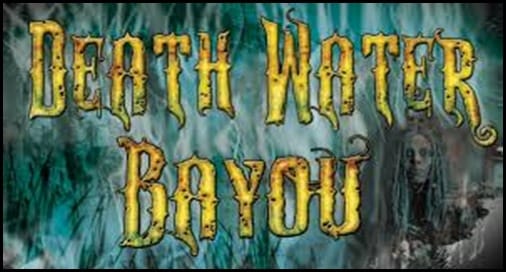 My most favorite house was the last one we visited- Death Water Bayou.  I’ve never screamed, jumped or ran so fast in my life.  It was so good we had to do it twice. 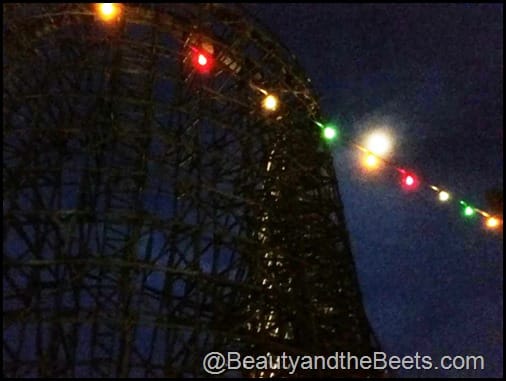 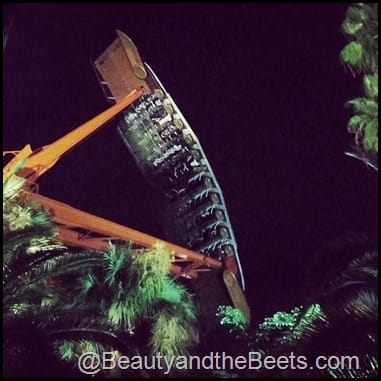 There were definitely other rides and attractions in the park that were pretty intense but we didn’t experience because: 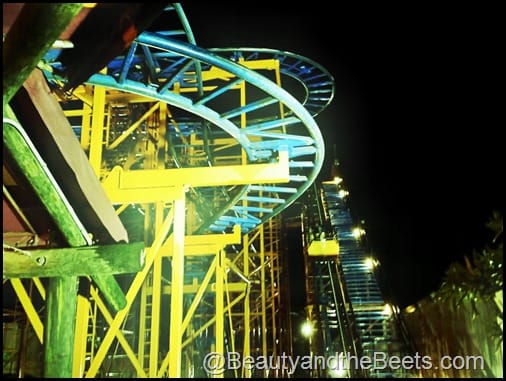 We managed to fit only one coaster in.  Ironically, though it wasn’t one of the major ones, it was the Sand Serpent kiddie one, and it managed to break down just as we were about to load into a car.  There were even some people that got stuck at the top of  the ride itself.  Not for long- maybe about ten minutes or so.  We decided to ride it anyway once it was re-opened. WHHEEEEEE!! 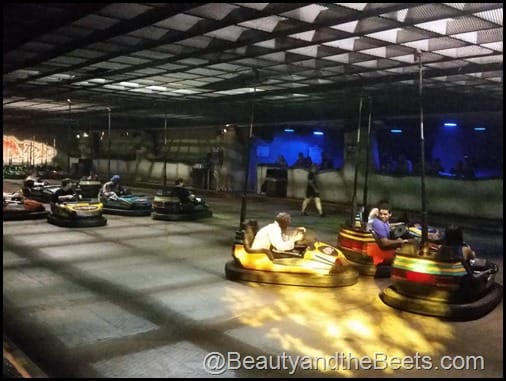 One of my other favorite things were the bumper cars where some of the Zombies that were roaming the park would hop into the cars and “chase” the guests. 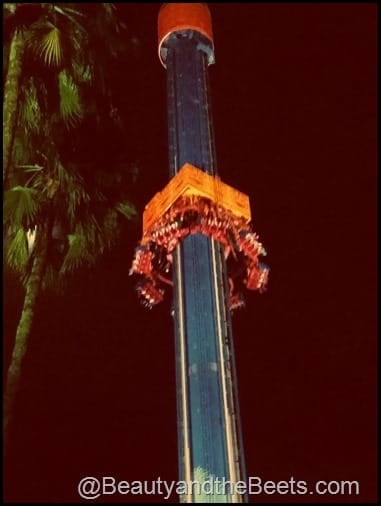 The Howl-O-Scream event was the first part of a Yelp Fall Break weekend so we stayed in Tampa a few days.  Yelp had arranged a few more events for us before the end of the weekend.  Howl-O-Scream was Friday, then we were looking forward to a preview of a new Cajun restaurant Saturday.  On Sunday we were scheduled for an event at the Tampa Museum of Art before we headed back to Orlando and resume our not-so-scary lives. 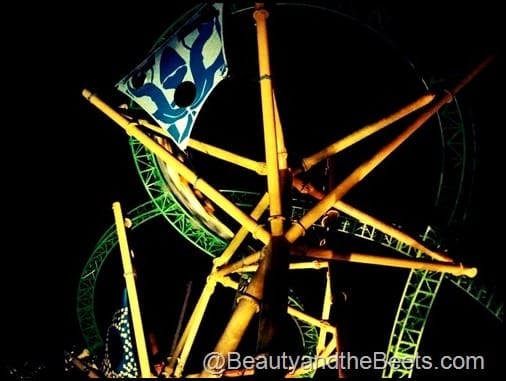 Howl-O-Scream runs through November 1.  You can find event info here- Howl-O-Scream event info.  I highly recommend spending the extra money to buy the front-of-the-line access passes.  It will surely make your night and experience so much more enjoyable.

Have you been to one of these Halloween events at a local amusement/theme park?  Do you prefer the roller coasters at night or the exploring the Haunted Houses?