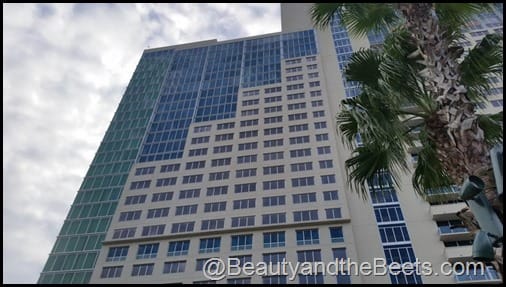 Chad and I attended a Yelp event where we ended up winning a one night stay at The Hyatt Regency on International Drive in Orlando. The property is the former Peabody Hotel, which sold last year and became part of the Hyatt Regency brand. 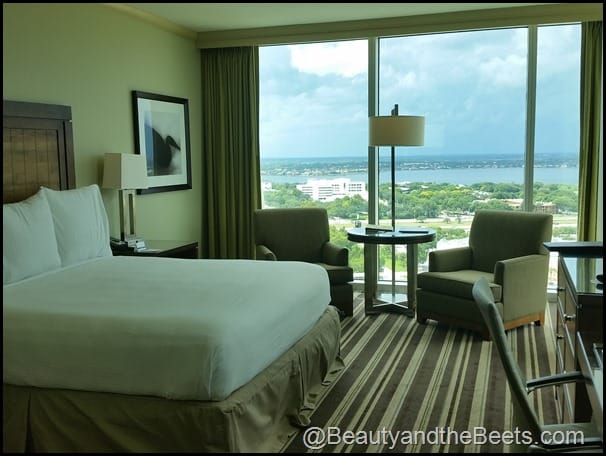 We checked in early and went straight to check out the room. We were placed on the 24th floor in a corner room. Our view was simply amazing. We had floor to ceiling windows along two walls overlooking downtown Orlando, the hustle and bustle of International Drive and in the near distance we could see the iconic symbols of Walt Disney World. The room itself was very spacious and the king sized bed was inviting and comfortable. We hadn’t meant to- but we found ourselves asleep for about an hour. Oops. 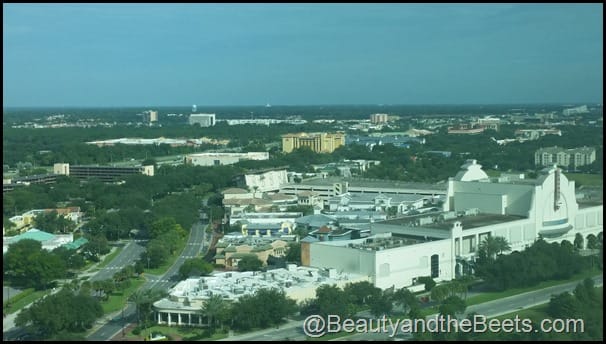 After our peaceful nap, we took a walk over to Pointe Orlando, a complex located just next door to the hotel filled with unique restaurants, shops and a movie theatre. Upon walking back to the hotel I found myself marveling at the1641-room structure which includes an older part (built in 1986) and a new 31-story tower (completed in 2013). The new 428 ft. tower has been recognized as the second tallest building in Orlando, just slightly shorter than the 441 ft. tall SunTrust Tower in downtown. 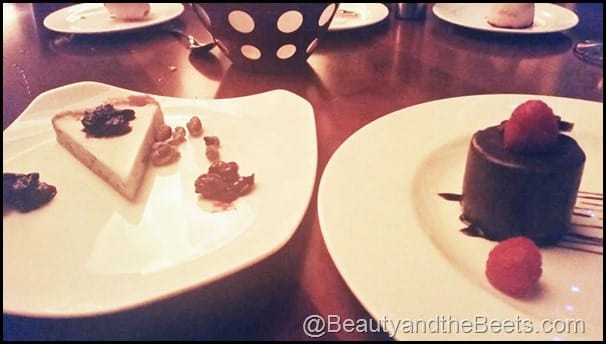 Included in our package was also a dinner for two in one of the fine dining restaurants located within the hotel. The Fiorenzo Italian Steakhouse specializes on both Italian cuisine and that of an American Steakhouse, while Napa concentrates on dishes of a Northern California influence. We chose the latter and enjoyed cranberry nut bread, arugula and watercress salad, and crispy fried red snapper. For dessert we feasted on chocolate mousse and a cheery pistachio tart. Heavenly. 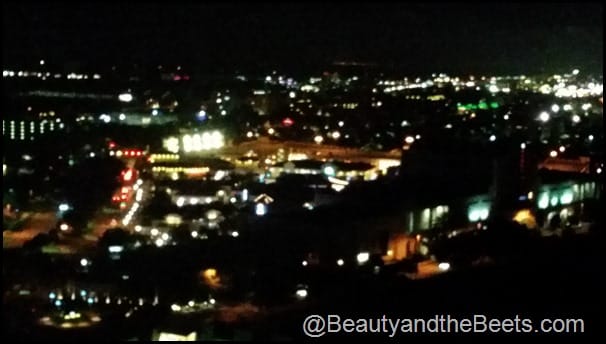 After dinner we really just wanted to relax in the room, admiring the many lights of International Drive. We changed into the white robes the hotel provided us and we camped out in the lounge chairs placed in front of the large windows. 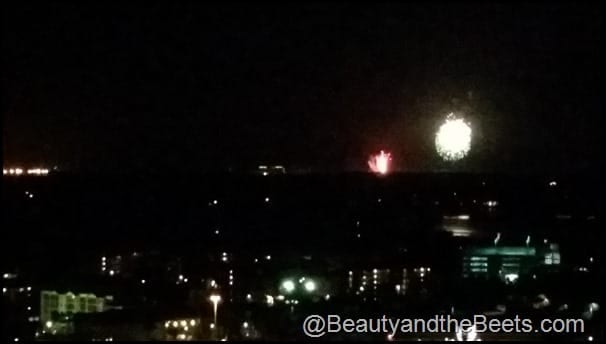 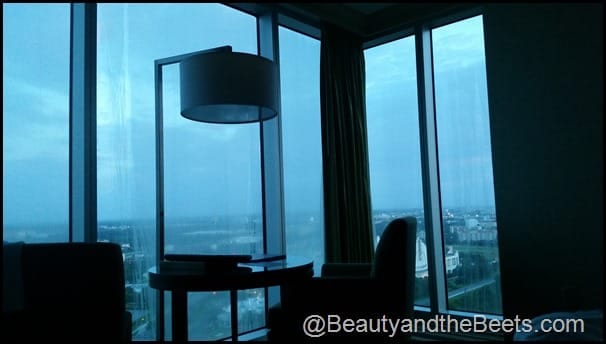 We soon fell asleep, though I found it difficult to stay asleep as I kept waking up to admire the view. 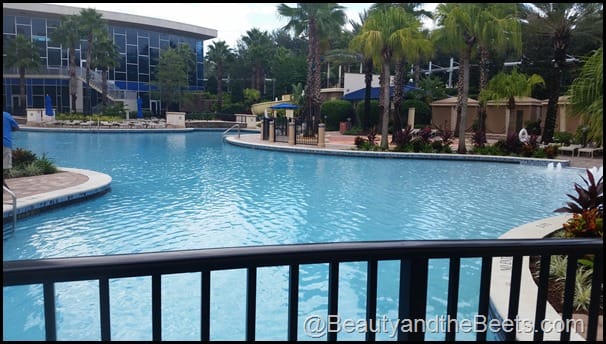 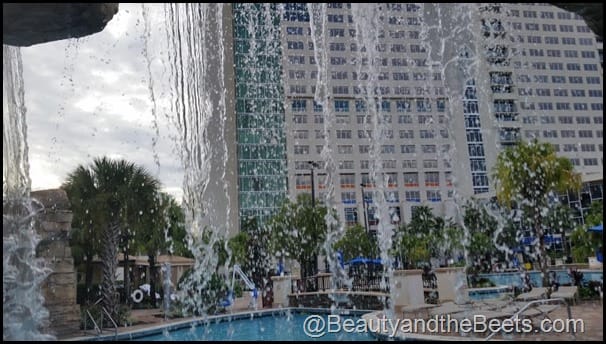 In the morning we decided to take a stop at the resort style pool while it was still early and quiet. The pool area includes a slide, waterfalls and a poolside bar and grill that serves pina coladas, coconut shrimp and veggie burgers. 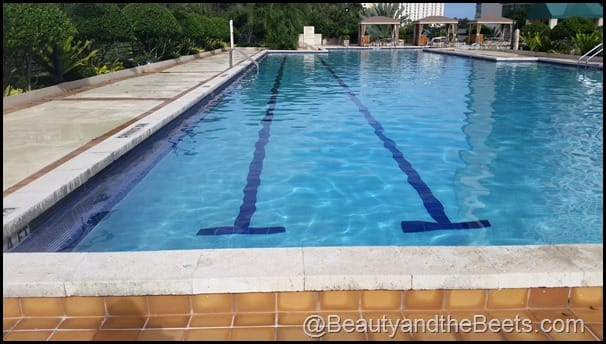 There is another pool located just outside of the old building that includes a lap lane and cabanas. 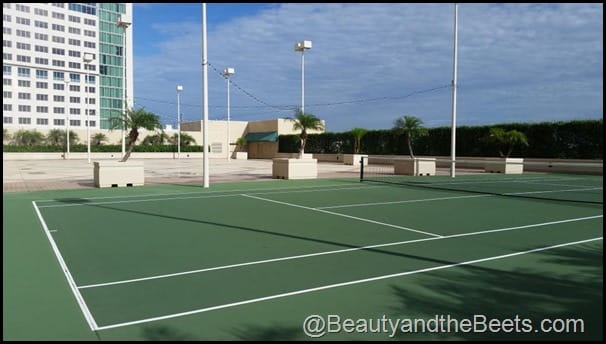 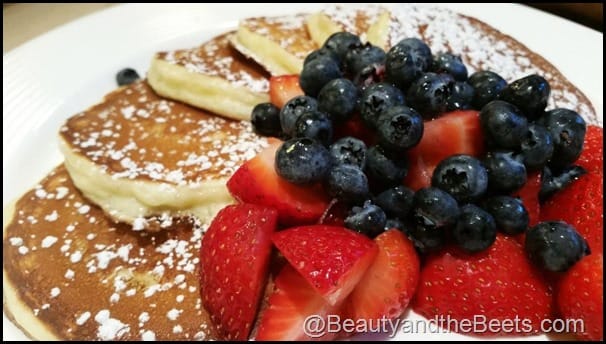 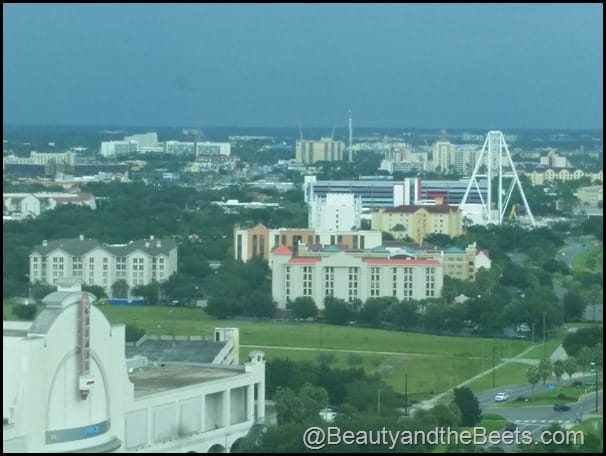 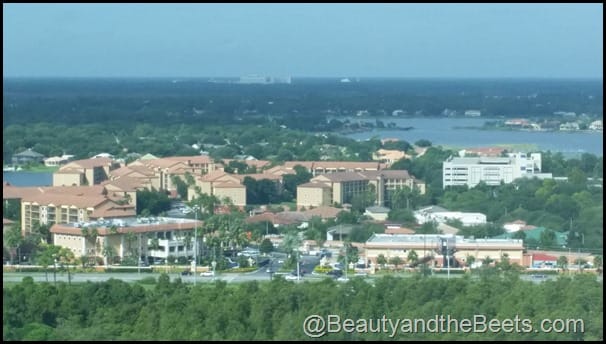 One of the nice perks of being in a high end hotel is the flexibility of your check out time- we were offered a 1pm check out which we used to our full advantage. We spent the remainder of the morning lounging in the room while getting a little work done. The free high speed wifi was reliable and fast and the large selection of channels on the television allowed us a little background noise as we worked.

Some other things to note about the room- 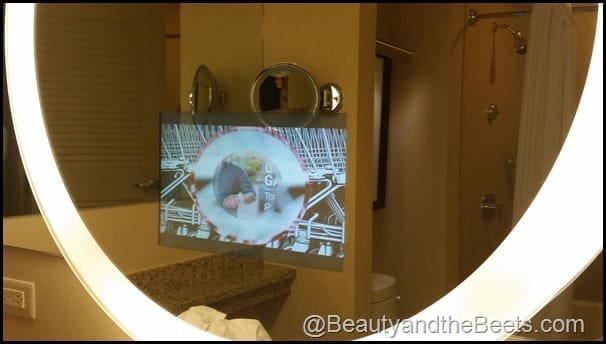 There is a TV in the bathroom mirror.  Convenient while soaking in the large tub or while watching the game primping for dinner. 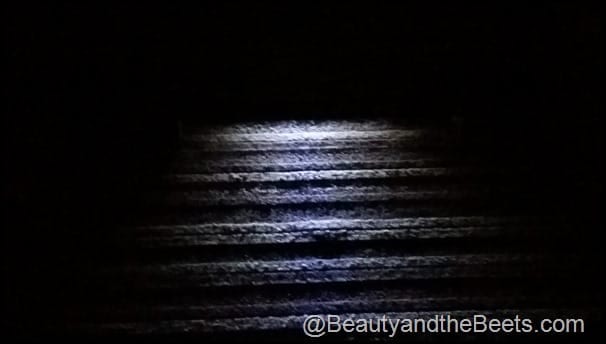 There are motion activated lights under the nightstands and in the bathroom saving you from stubbed toes while trying to maneuver around a strange room in the dark. 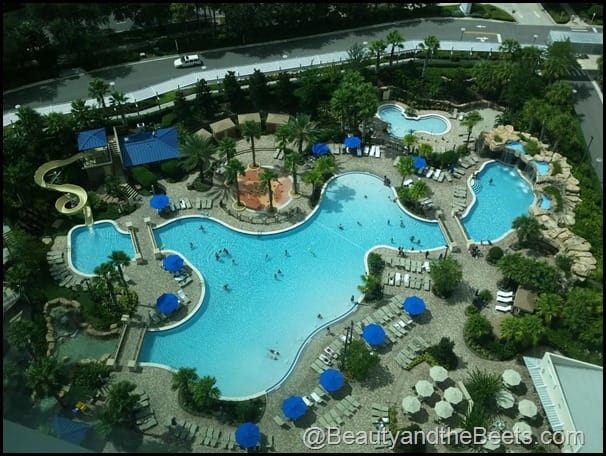 And lastly, one cannot go to the Hyatt Regency and not mention the impeccable service. There is nothing better than visiting a place where the employees are happy to be there, eager to help and quick to lend a hand. Every employee we encountered was pleasant, smiling and polite. The kind of thing you would expect at a fancy hotel but often seems to be taken for granted. 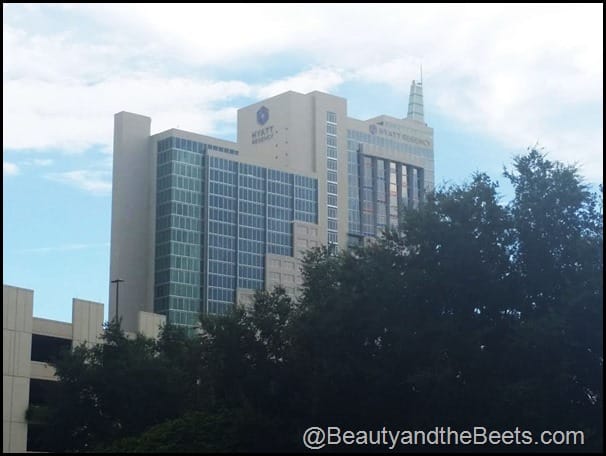 I’ve stayed in many hotels in my time from the high end Four Seasons to the average Crown Plaza and you truly do get what you pay for. The Hyatt Regency Orlando is at the top of my list for favorite hotels, fancy but not snobby, grand but not pretentious. With amazing views and a location just across from the Orange County Convention Center I can see why this hotel is extremely popular among the business elite. 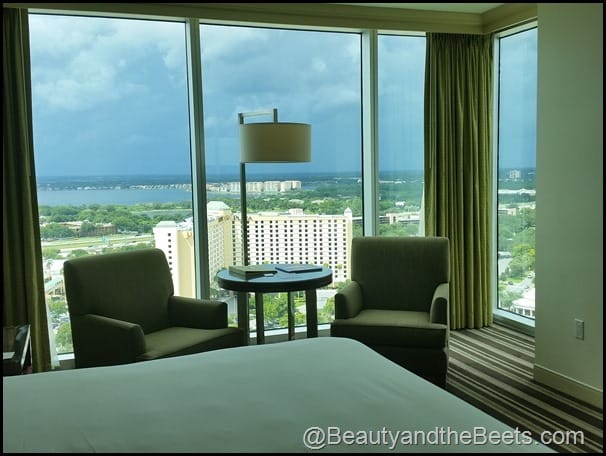 Ask for a King View room and prepare to never want to leave your room. (There is also convenient 24-hour room service). Rooms start at $159 a night during non-peak season (usually September) to upwards of $700 a night for a superior suite during conventions. Plan your trip appropriately but do not miss this hotel for your next visit to Orlando. 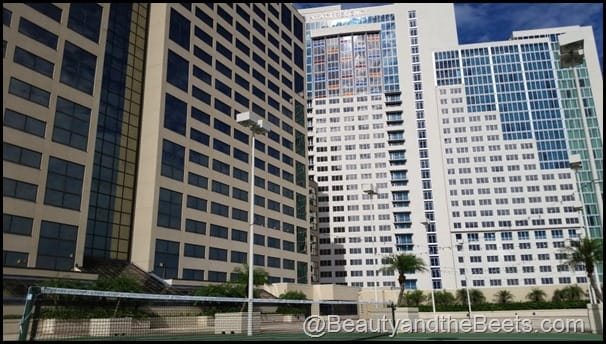