This past week I joined over 18,000 runners in the IOA Corporate 5K in downtown Orlando.  I had never participated before so I didn’t know what to expect. 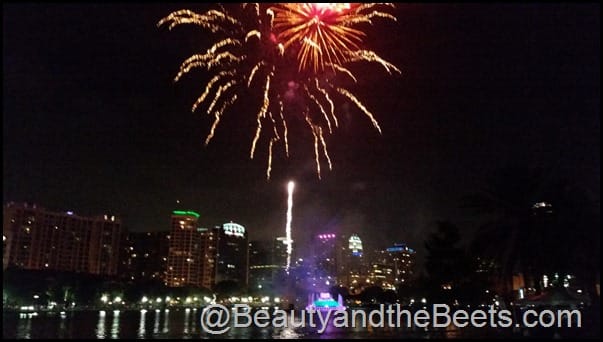 The event had a record-breaking 18,020 participants representing over 790 companies in the Orlando area.  Most companies had purchased corporate tents- a gathering place for their runners.  Our tent was catered by Jason’s Deli- yummy.  They brought us sandwiches, fruit, brownies and cookies. 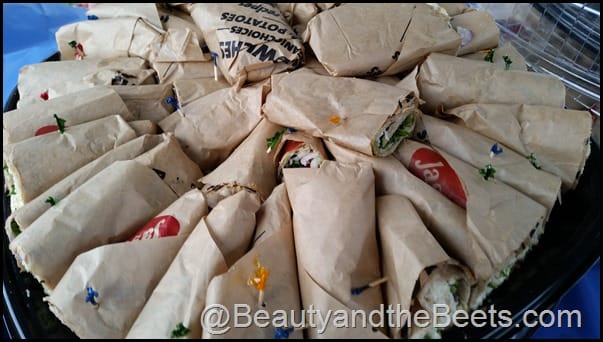 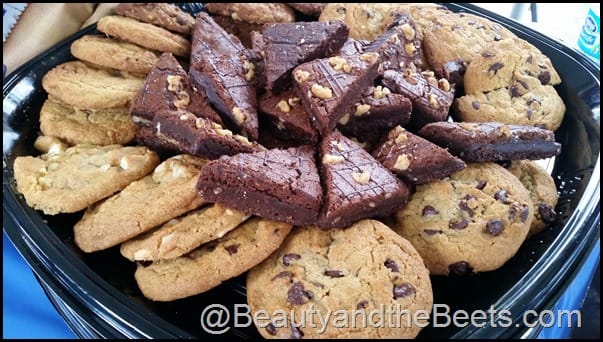 It was more of a big office party with the run being a side note.  It was hard to run among 18,000 people through the streets.  We didn’t even line up in the various corrals.  We just waited on the side and joined in once the race started.  There were runners everywhere. 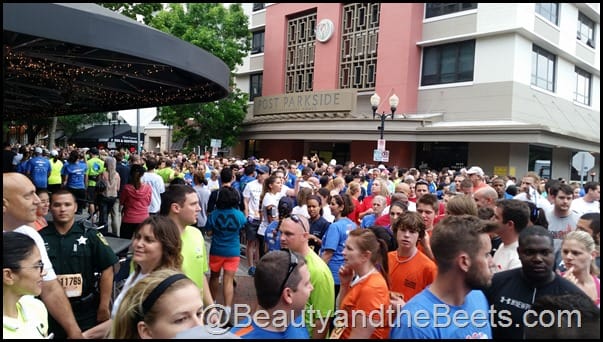 However, my company did very well and we won all three categories in the media division!  Go team! 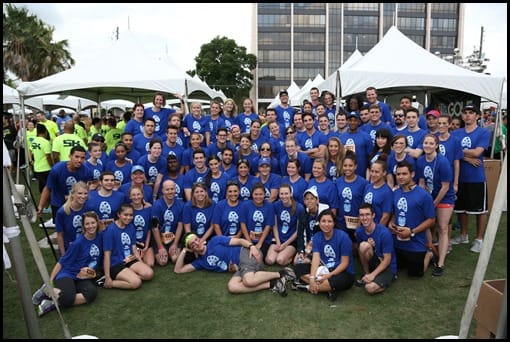 After the race the sun had gone down and it was a perfect night for a fireworks show over Lake Eola.  It was a great display, however, I must have had some Disney cast members behind me who made the comment “We are all a little numb to fireworks.  I mean, we see them everyday.”  True that.  We do have fireworks all over Orlando every night and at any given time you will find yourself driving down the street and seeing big lights exploding in the sky. 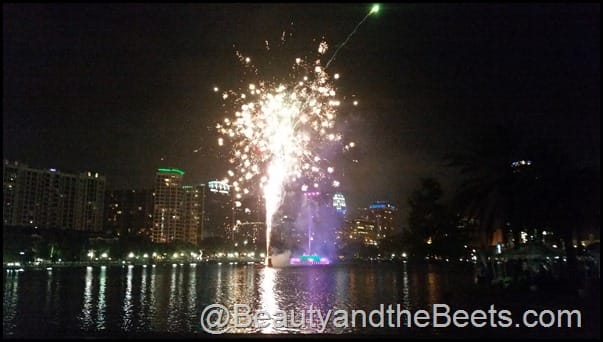 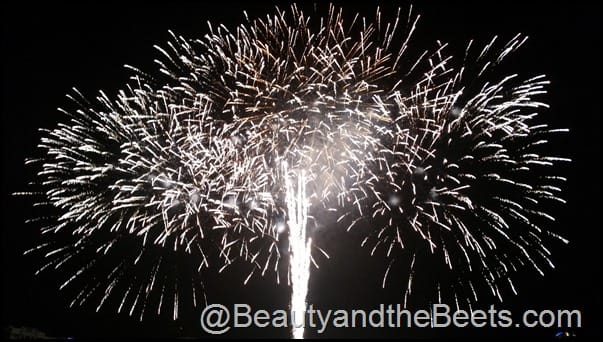 We actually had fun watching the swans just swim around the lake- completely oblivious to the fireworks and the people that have invaded their turf. 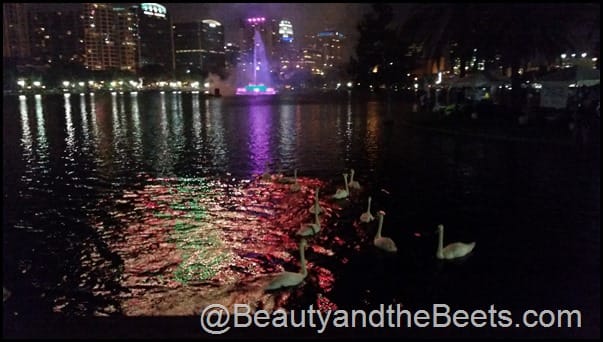 After the fireworks we decided to get out of the area before we got stuck in traffic.  Lucky for us, the big office party rolled on as we snuck quietly away. 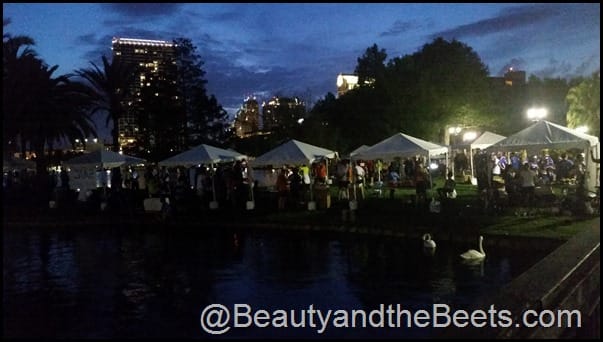 We decided to hit IHOP to celebrate our race. 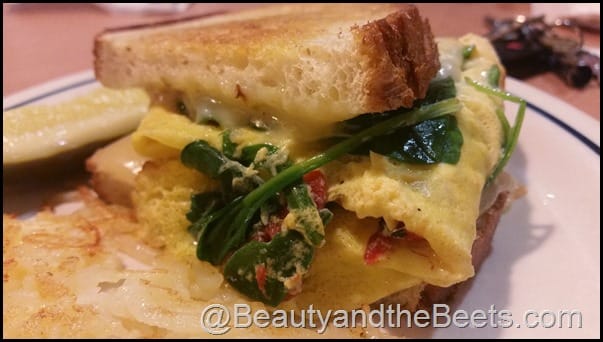 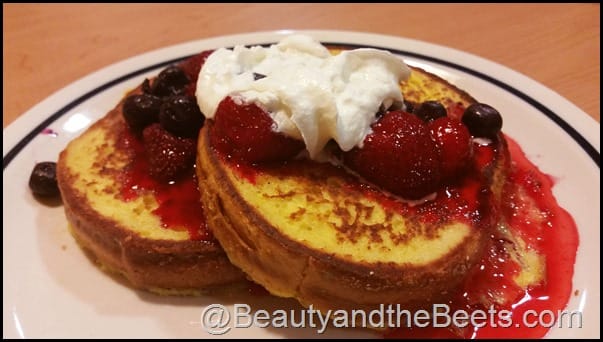 Bellies full and legs tired we headed back home.  Though I didn’t score any record times during my run, it was fun! 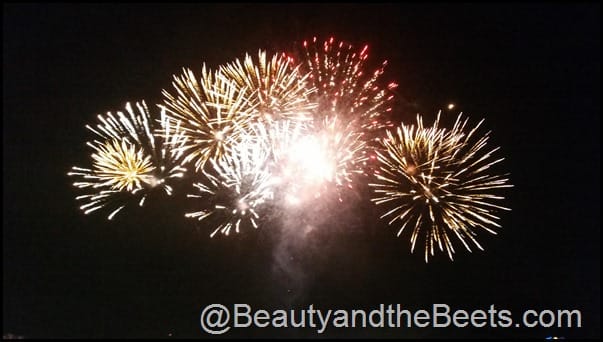 This was my run for April- my goal this year is to run at least one race a month.  Chad and I actually ran two races in April- the other being the Legoland 5K.  Our race for May will be a lot of fun- we are running the back nine holes on the TPC Sawgrass Golf Course, one week before the PGA comes to town for their big tournament.  Stay tuned!