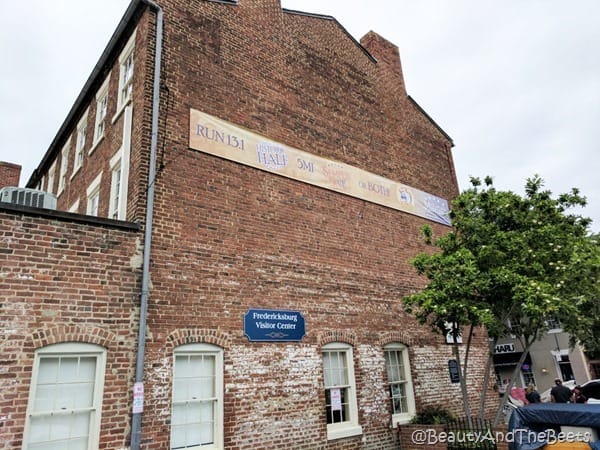 My intent was to run the Marine Corps Historic Half Marathon, a race that winds through the streets of downtown Fredericksburg, Virginia and up the famous Hospital Hill. The hill is the equivalent of climbing to the top of ten-story building over 930 yards, or roughly a half mile. My intent was to not try to break any personal records, but just to conquer the hill and finish the race. It sort of happened. 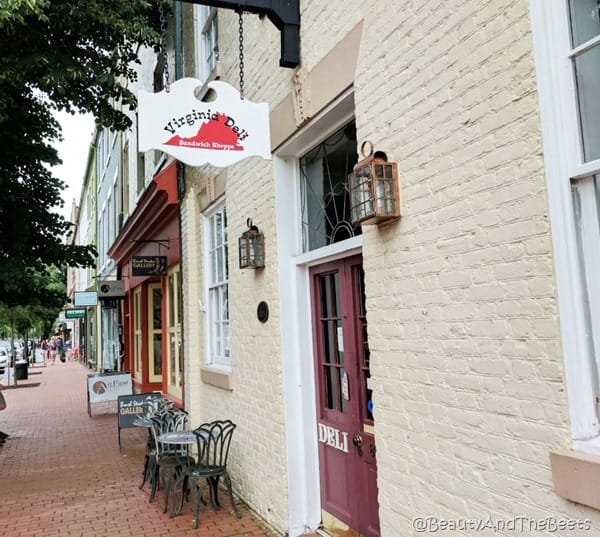 We spent the day before the race walking around the historic downtown of Fredericksburg. The old colonial town is filled with antique shops and quaint restaurants. 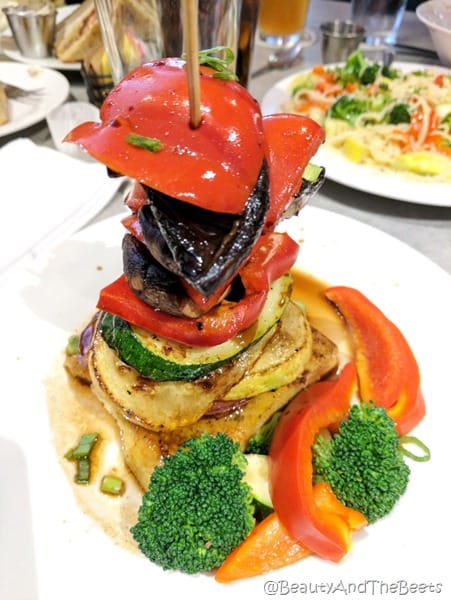 We decided on an early dinner to prepare us for the race. Though I should have had carbs like Mr. Beet’s Pasta Primavera, I instead chose the Vegetable Napoleon – a dish stacked with fresh grilled veggies on top of polenta. It was delicious. 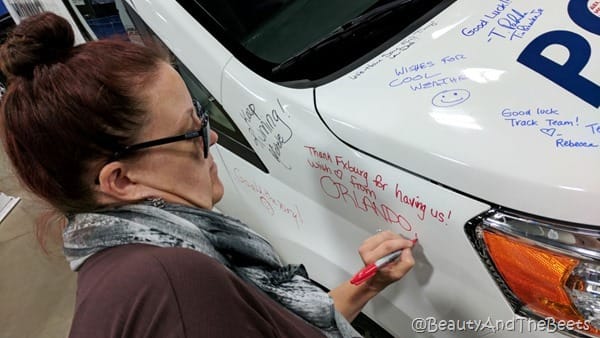 We also visited the expo center to pick up our race packets, and there I was able to sign a car, courtesy of Pohanka  Nissan. I signed with my website name, while my Dad wrote a note to myself and Chad. 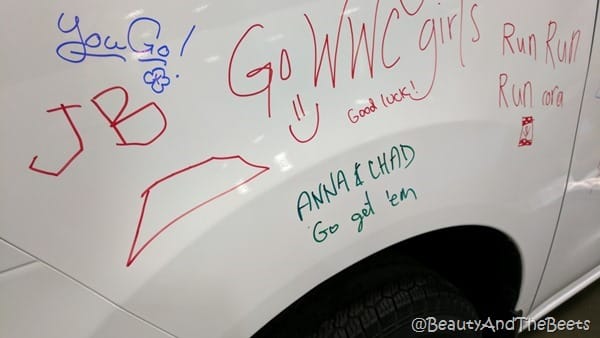 The morning of the race, I decided to switch from the 13.1 mile half marathon race to the shorter 5 mile track. However, the Marine Corps Semper Five-Miler does not spare runners from Hospital Hill. As a matter of fact, most of the point to point race is run uphill with very little forgiveness. It’s a challenging course. This I did not know when I switched races, not that it would have mattered. I have been suffering from a neck injury that requires me to spend two days a week in physical therapy with a real possibility of surgery. I am trying to do everything in my power to not have to deal with surgery, so I am trying to take it easy on my running. Not that I trained for any of these races as the bouncing of running is something my doctors and therapists are telling me to go very easy on.

I am glad that I switched though. I had a little less pressure to finish and more importantly, I had a better chance of finishing the race without added pain. While the 5-miler doesn’t run through the historic downtown of Fredericksburg, it’s still a fairly scenic race. Part of the race runs by the canal and river, while the end of the race runs through lots of retail areas. Runners of the 5-miler also pass through the Blue Mile, a one mile tribute to our fallen soldiers. One can’t help to recognize the people that have fought for me, to allow me to run through Fredericksburg today. 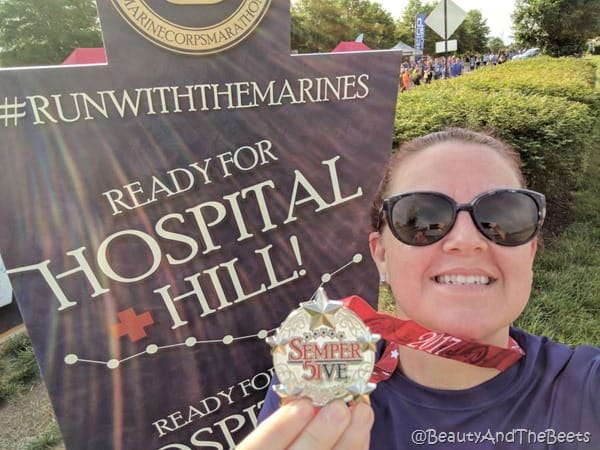 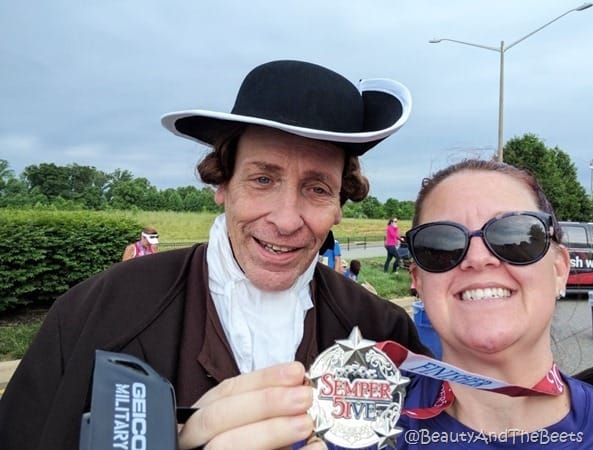 I think the highlight of the race was the end, as you cross the finish line, uniformed Marines place your medal over your neck. The whole race was incredibly patriotic and emotional. 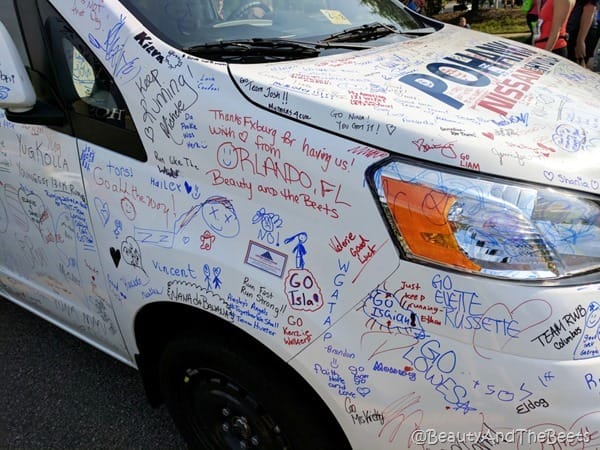 It was at the finish line as well that I was able to find that car all the runners had signed at the expo. 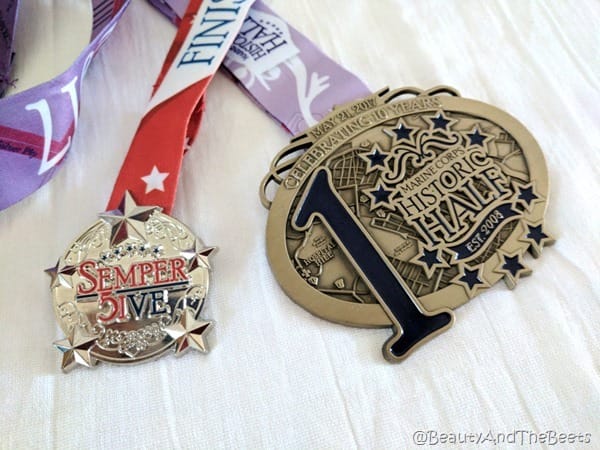 Mr. Beet ran the half marathon so his medal was bigger than mine. 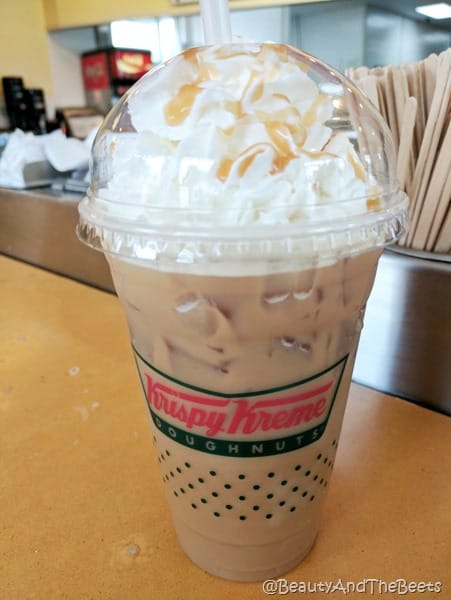 After the race I grabbed a caramel mocha iced latte from Krispy Kreme (right by the finish line) and fought the traffic back to my parents house.

There we decided to spend the afternoon with a  boat ride around the lake where my parents live. It was actually a really nice way to unwind after all the miles. 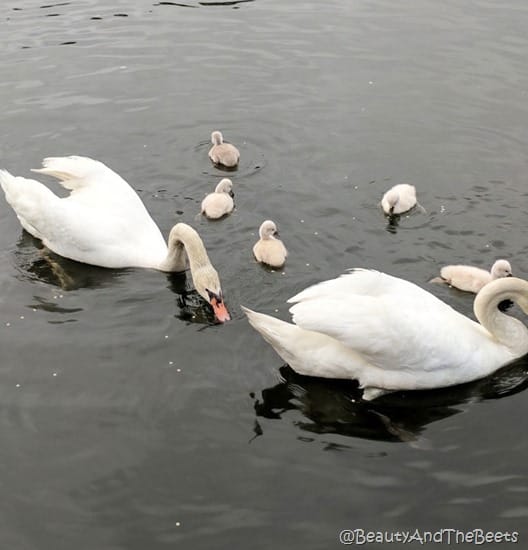 We even fed the swans and their new babies. 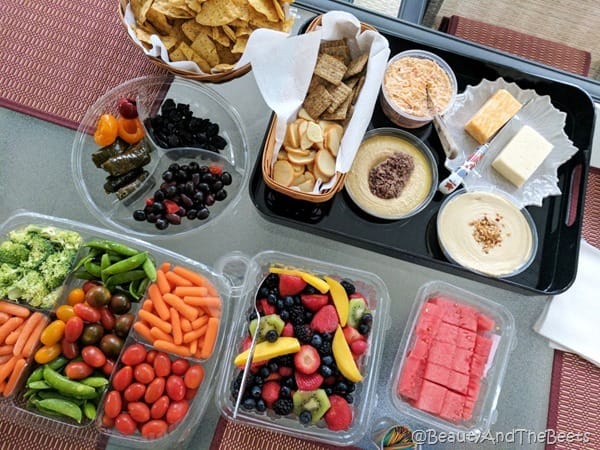 And dinner was lite – just a buffet of fruits, vegetables, cheese, and crackers.  To me this was a perfect way to end the day after a long and exhausted uphill race.  If only I could do this everyday I ran! 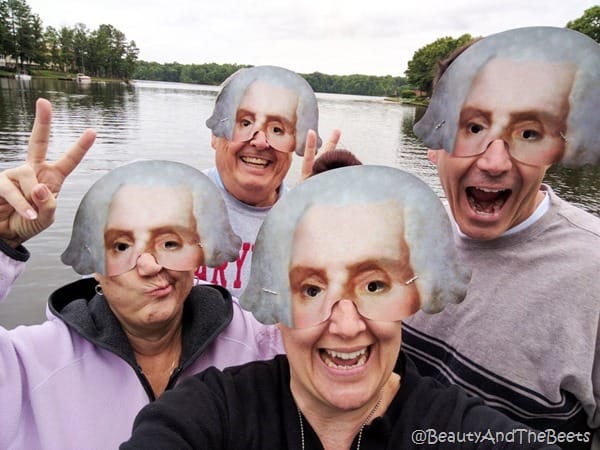 So thank you Fredericksburg. I am looking forward to conquering Hospital Hill again next year!!

What a great trip!!!!!!!!!!! Sorry you have an injured neck but smart that you didn’t run the whole race.

Loved every minute of the weekend. Can't wait till you guys come back. ?