I recently spent some time in New York City (as many of you know as I have talked about it often.)   I love being up there.  We spend so much time walking (not sitting in traffic like Orlando) and I love the freedom of being able to get around with my own two feet (well- and an occasional little ride on the subway.)  These are our own homemade walking tours starting with Tour #1. 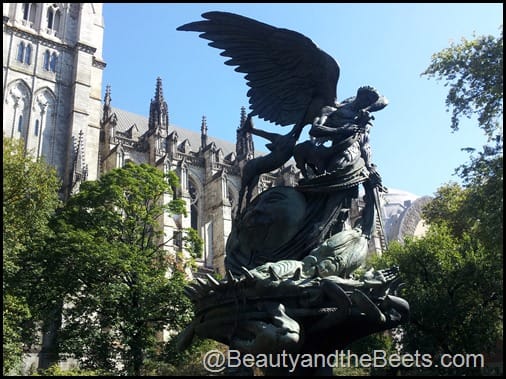 Visit New York City once and you do the usual touristy things- Times Square, The Empire State Building and a Broadway show or two.  This time we were looking to walk until our feet fell off and see a bunch of things we have never seen before.  Sorry this post is a little lengthy but we covered over 6 miles…. 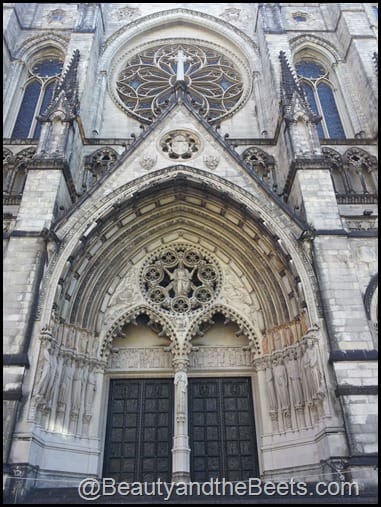 My partners in crime for Tour #1 were the Mom and the Mr. Chad.  We started by taking the subway up to the Cathedral Pkwy (110 St.) on the Upper West Side.  There are many neat things to see up there.  From the subway we walked one block east and headed north to see The Cathedral of St. John Divine– a gothic-style church that beginning in 1892 started construction and has never stopped since.  The interior is massive- and by massive I mean MASSIVE.  Pictures cannot even begin to do this place justice.  Absolutely gorgeous.  Simply DIVINE.  It is absolutely worth the visit the next time you are in New York City.  And it is free to stroll through. 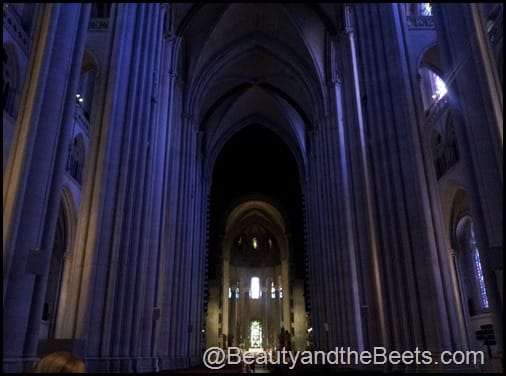 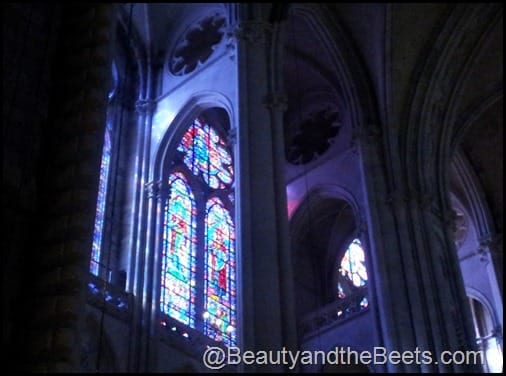 I particularly liked the Biblical Gardens with the miniature animal statues representing the animals of Noah’s Ark. 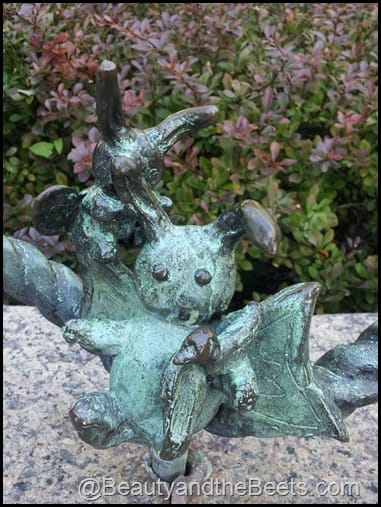 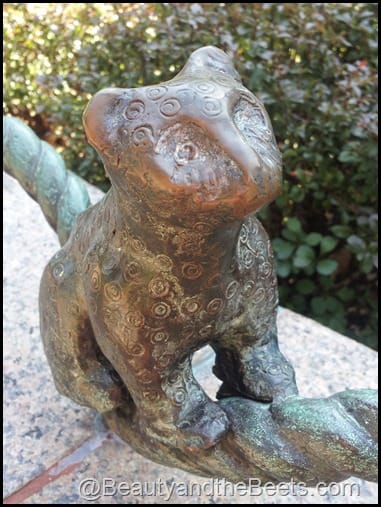 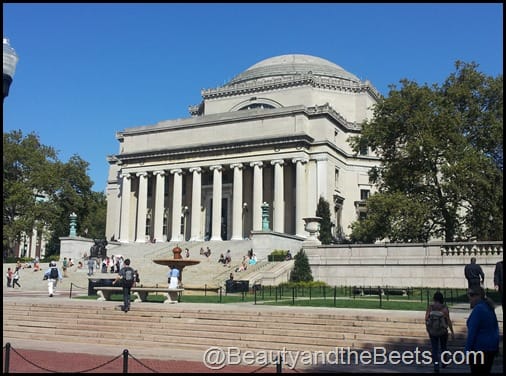 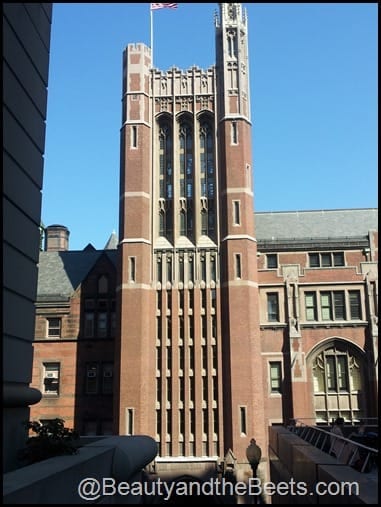 We made it over to the Riverside Church.  Not quite as magnificent as St. John’s Divine but spectacular in its own right. 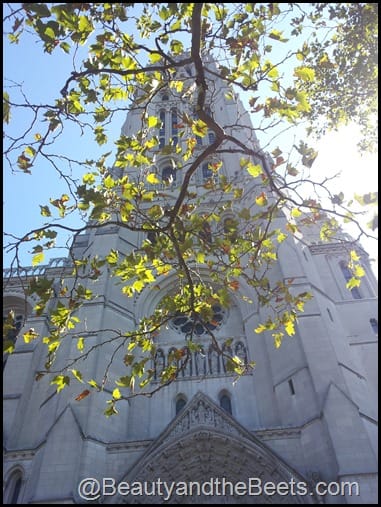 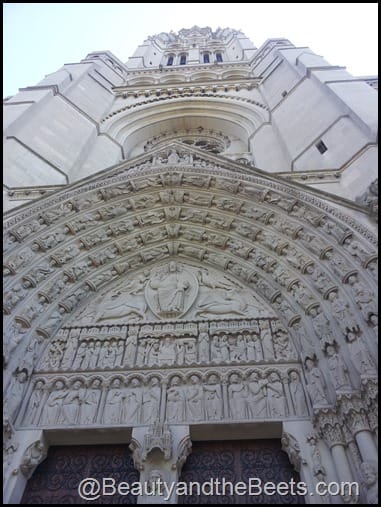 Also right across the street from Grant’s Tomb.  Ya, that Grant’s Tomb.  But it was closed so we weren’t able to finally solve the question of who is buried there.  Darn it. 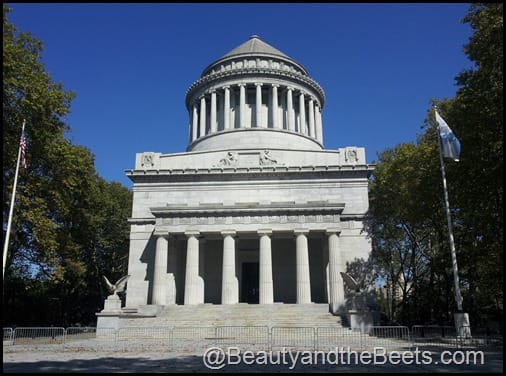 Then the real walking began.  We walked through Riverside Park on the West Side.  I thought the only real park in New York City was Central Park where you could disappear among the trees and nature and forget you are in the middle of one of the largest cities in the world.  Well Riverside Park stretches along the banks of the Hudson River from about 128th Street down to about 65th Street.  It is a series of walking, running and biking trails but along its paths are basketball courts, soccer fields, tennis courts, dog parks and baseball fields.  It was October and it was unseasonably hot for New York City, and New Yorkers were out to play. 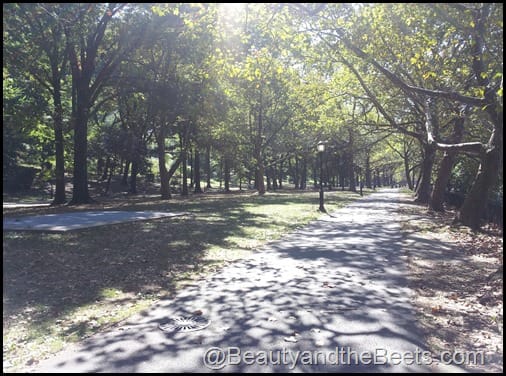 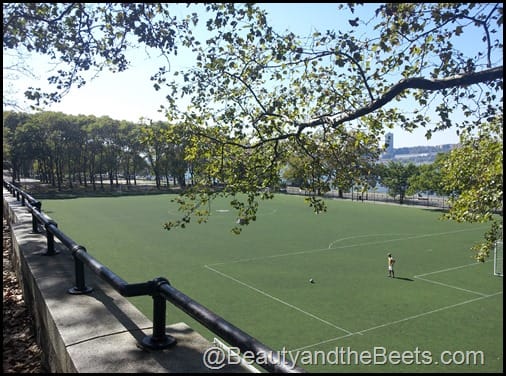 I mapped out our walk from Grant’s Tomb at 123rd Street down to Lincoln Center at 63rd Street- a total of about 3.5 miles.  By then we were starved.  Thankfully, our local New Yorker (Mom) knew of a great Mexican place we could grab lunch.  (That’s how you “do” New York- walk for miles and miles then find a great place for lunch.)  We had a wonderful lunch at a place called Rosa Mexicano on Columbus Avenue at 62nd Street right next to Lincoln Center. 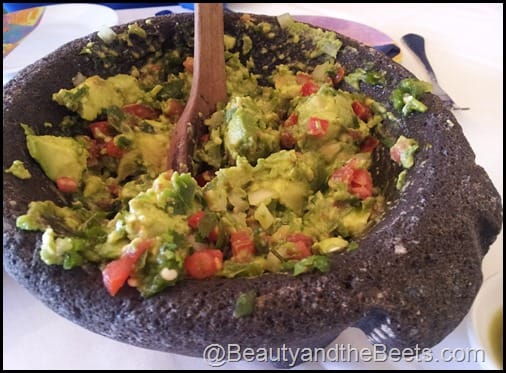 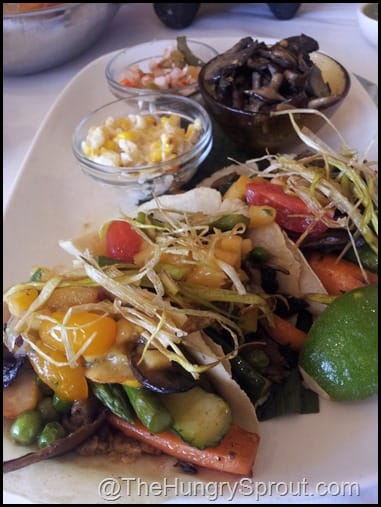 Honestly?  Probably the best Mexican lunch I have ever had.  It is so much fun lunching with fellow non-meat eaters and exploring the menu.  We pigged out on guacamole, vegetable tacos, lots of hot sauce and vanilla bean iced tea.  Oh my.

Bellies full, we walked another twenty blocks or so towards mid-town zig zagging through the streets before we called it a day. 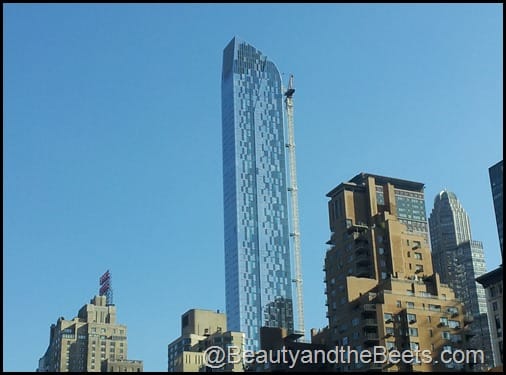 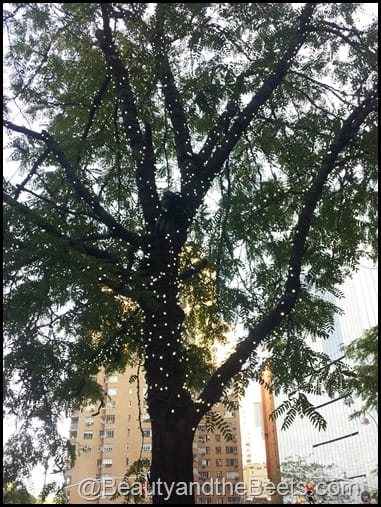 All in all, we probably walked a good 6 miles or so.  Needless to say, somehow, after all that, Chad still went for a 14-mile run later that night.  Oy.  I stayed on the couch nursing my sore feet. 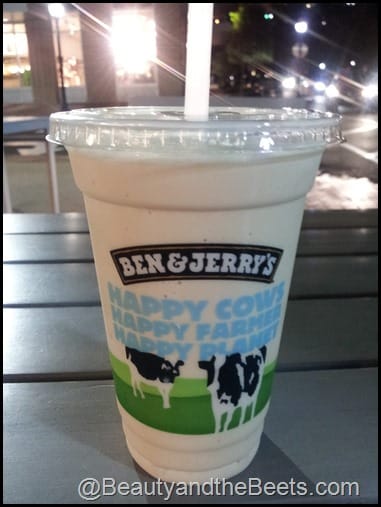 Ah, who am I kidding?  I may have met Chad at the end of his run and talked him into escorting me to grab a Salted Caramel Ice Cream shake.  Whatever, I deserved it.

Check out the other NYC walking adventures we have put together: