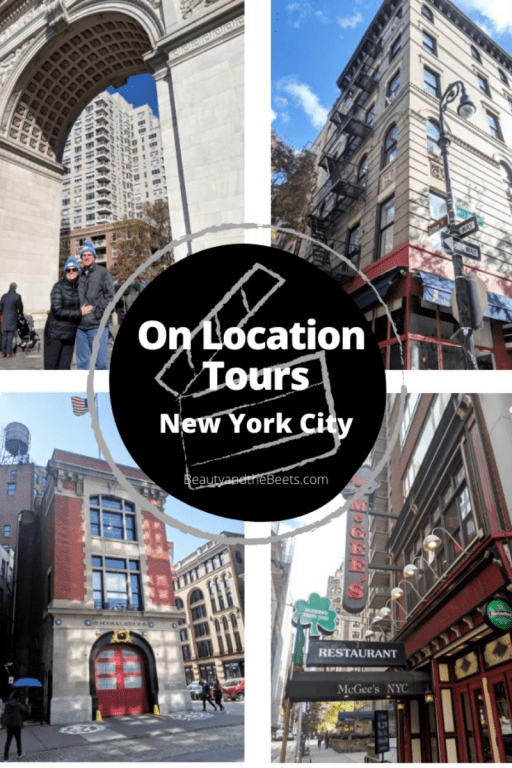 All About: On Location Tours New York City

NEW for 2020 – Mrs. Maisel’s Marvelous Tour of New York City. Explore 1950’s New York on this marvelous bus tour to the shops, bars, cafés, and parks that are featured on all three seasons of the series. 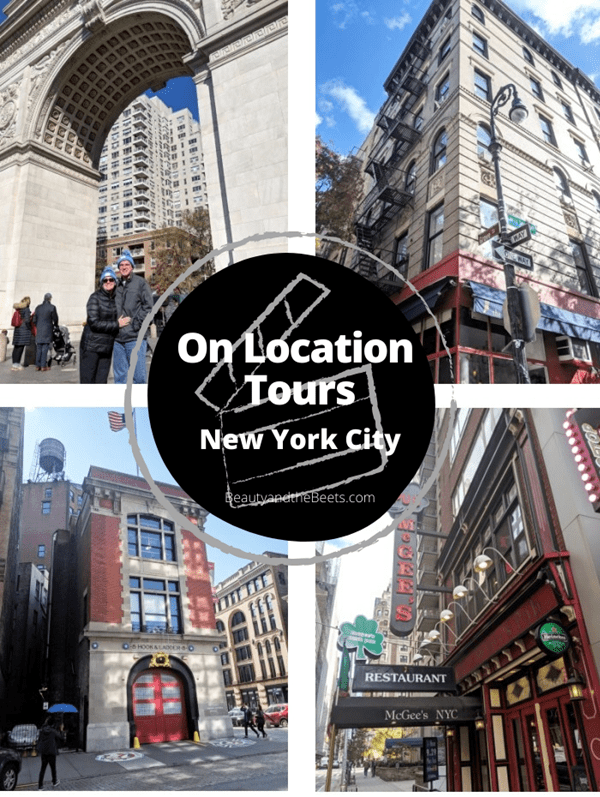 I visit NYC so often that I consider myself to be almost a local. I know 6 different ways to get anywhere, and I can recommend the best places to eat anything from a taco to a lobster roll.

Like most New York tourists, I have toured Ellis Island and seen the Rockettes at Radio City Music Hall. I have been to the top of the Empire State Building (even to the 102nd floor – the “secret” observatory).

See the city with On Location Tours

However, one thing I have never done is a bus tour of the city. I decided to take  a bus tour with On Location Tours New York City, and I learned A LOT of things about the city that I never knew. 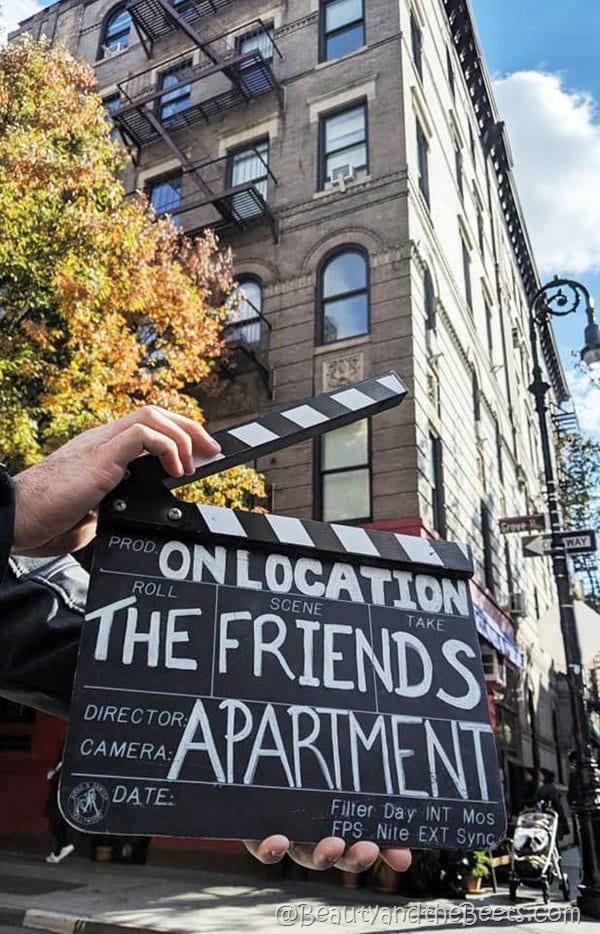 On Location Tours New York City takes you to sites where some of the most famous scenes from movies and television were filmed. There are over ten tours to choose from – from the Sex and the City Hotspots Tour to the TCM Classic Film Tour to the The Superheroes Tour of NYC. And don’s forget about Mrs. Maisel’s Marvelous NYC Tour – new for 2020. 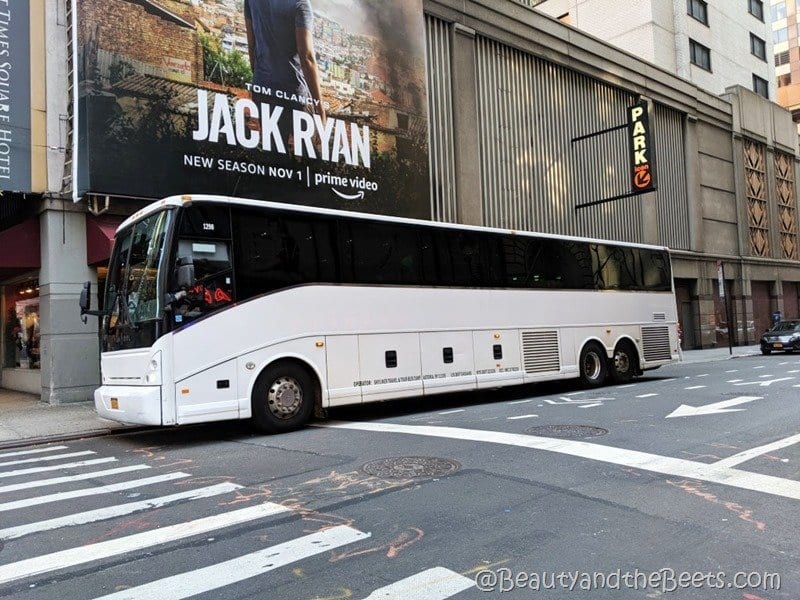 It was a recent Sunday morning when I boarded the bus (heated in the winter, air-conditioned in the summer) to join the NYC TV and Movie Tour. For the next three hours I was going to enjoy a narrated drive through Manhattan while our tour guide pointed out landmarks made famous by popular television shows and Hollywood movies. If three hours sounds long and boring to you, I assure you it wasn’t. There is a bathroom aboard the spacious bus and we had three stops that we were able to leave the bus and explore. 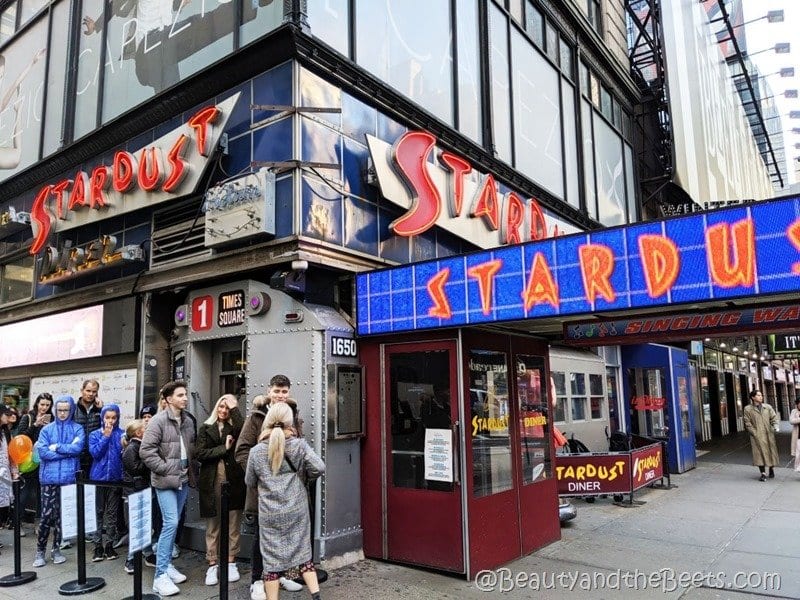 The NYC TV and Movie Tour starts at the world famous Ellen’s Stardust Diner. This diner was featured in the 2011 film New Year’s Eve. I certainly don’t want to spoil the tour for you (what’s the fun and surprise in that?) but I will show you some of the highlights.

Our first stop was at the Washington Square Park and Arch, one of the most popular filming locations in the city. The park is featured on TV shows like Friends, Glee, and Suits; and movies including When Harry Met Sally, I Am Legend, and Sweet Home Alabama. There are  many photo opportunities for group photos and selfies.

While you are on the bus, you can watch many of the tour landmarks in action on small screens sprinkled throughout the bus. We would watch a scene and then viola, there was the live landmark right in front of us. 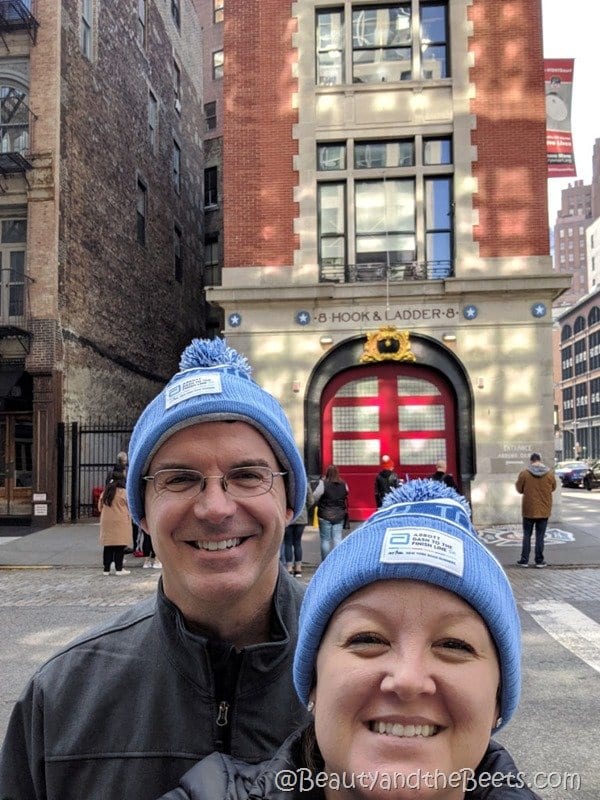 The second stop was at the Hook & Ladder Firehouse in Tribeca – home to the quirky Ghostbusters and featured in the movie Hitch.

Again, I don’t want to give away any secrets but we did watch a clip from Seinfeld and then we were treated to a special certain cookie. (Can you guess what kind of cookie it was?) 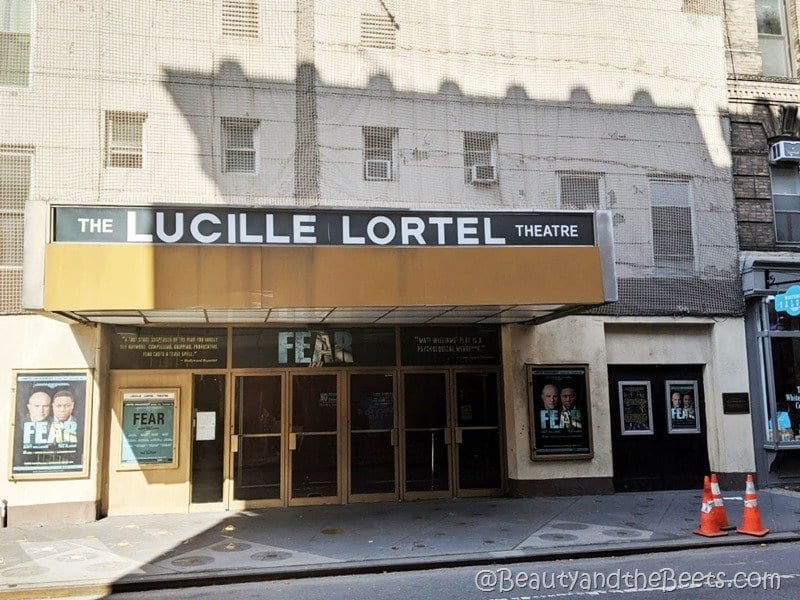 Perhaps the most popular stop on the tour was the third stop in Greenwich Village. We first passed a theater made famous in a certain 1990’s TV sitcom. This theater happens to be around the corner from a well known apartment building, from the same sitcom.  The Lucille Lortel Theatre is where Joey Tribbiani performed. 20 Bedford Street is where Friends Monica, Rachel, Joey, and Chandler lived. 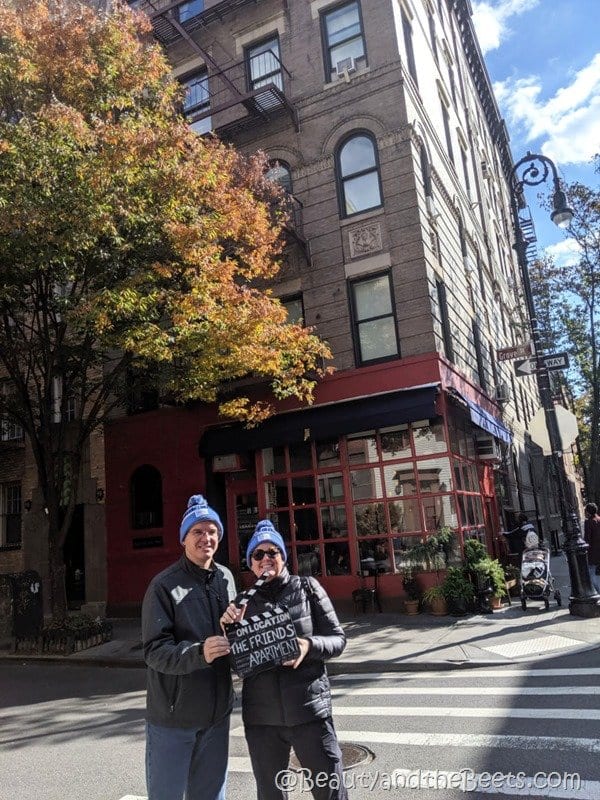 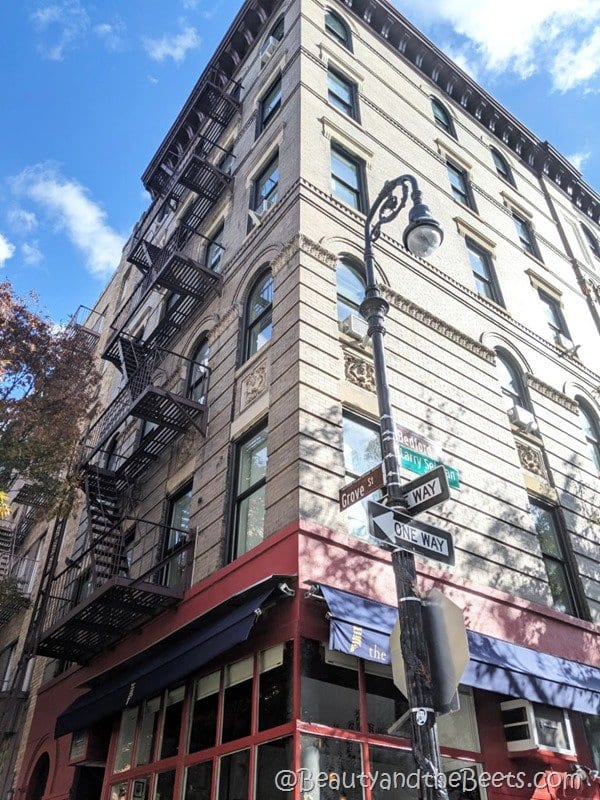 Many people are disappointed to learn that Central Perk is not a real coffee shop in the building. However, there is a real life delicious café on the first floor called The Little Owl (<—try the Chocolate Soufflé Cake!). 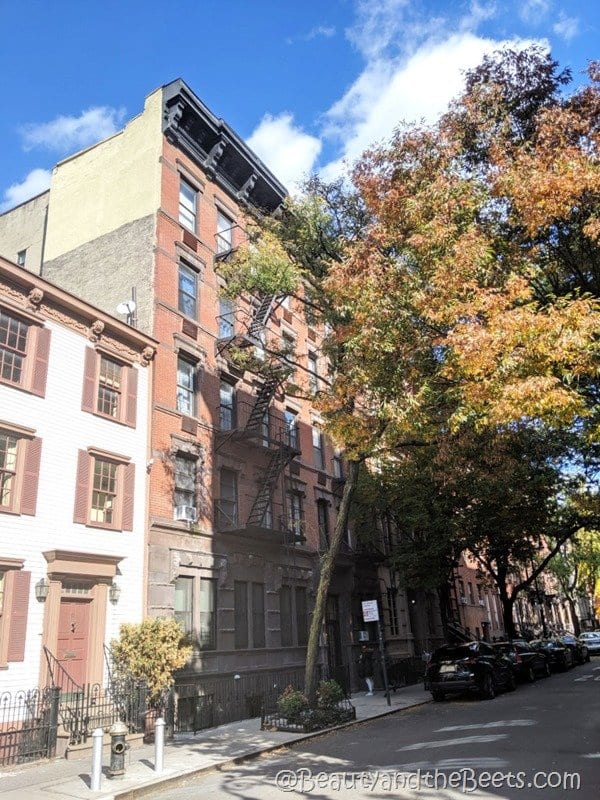 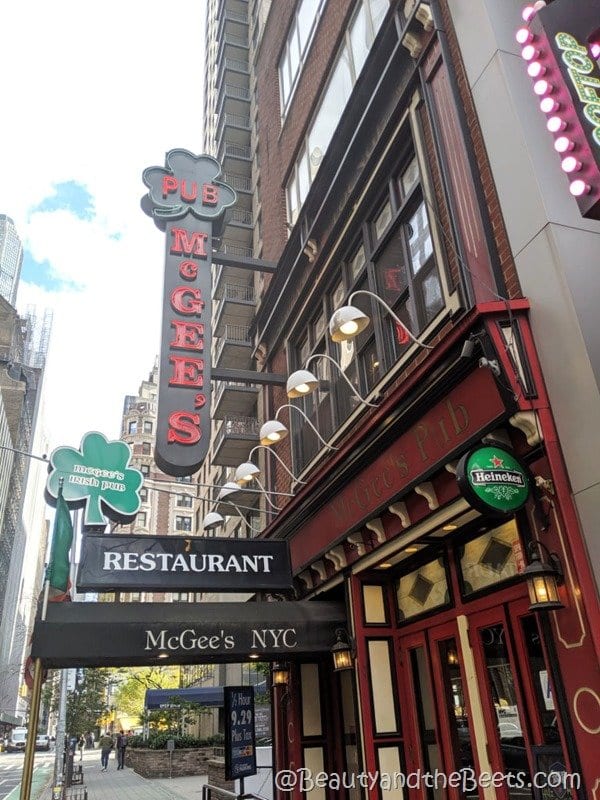 The tour ends at McGee’s Pub, which was used as the site of MacLaren’s in How I Met Your Mother. After the tour, swing into the pub for some HIMYM inspired fare and cocktails.

Adventures with On Location Tours last between 1 to 4 hours long. Tours feature sites from classic movies to superhero films to TV shows like The Real Housewives of NY and Gossip Girl. It’s a great way to see the city, whether it is your first time in the Big Apple or your 2oth visit.

The tour guides are working actors who work on HBO, Comedy Central, Netflix, and the New York stages! 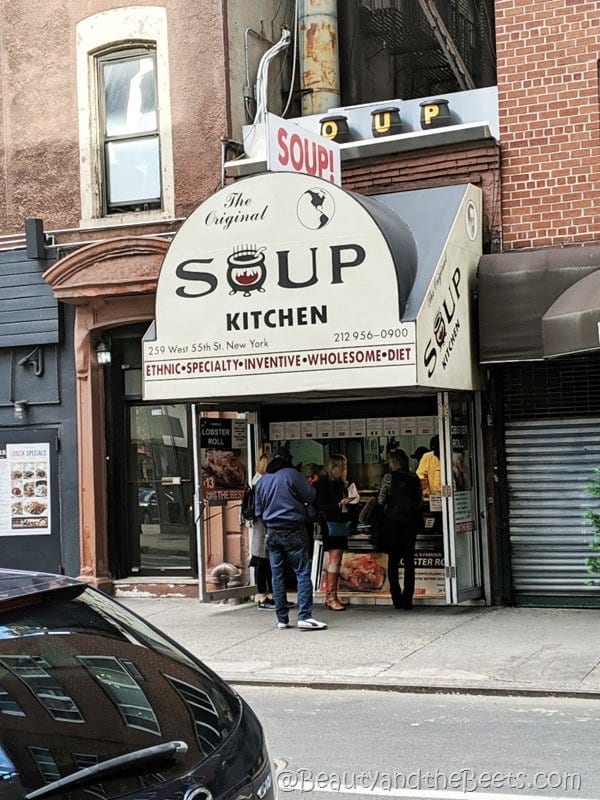 Tours can be booked right here on the Beauty and the Beets website. Feel free to contact me with any questions or if you need assistance with bookings. 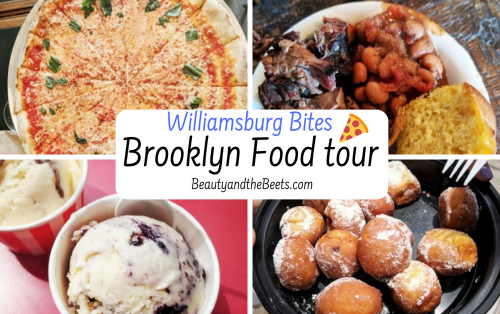 *This post may contain affiliate links. If a sale is made, I may earn a small commission. I was hosted by On Location Tours New York City for this post. However, all opinions are 100% my own. Thank you for your support!*