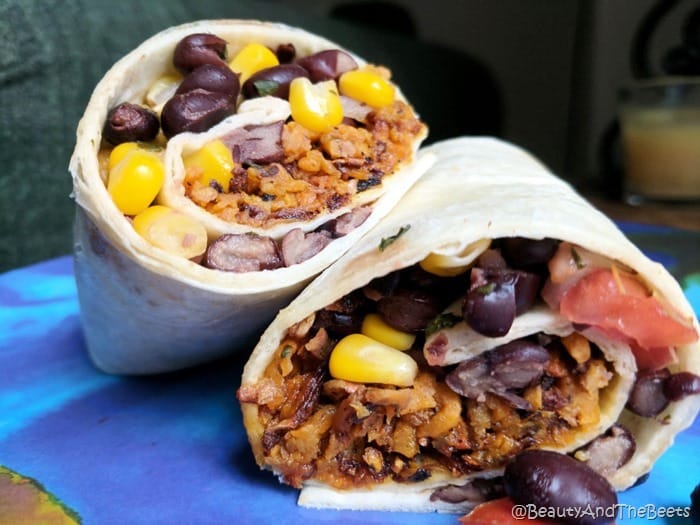 I feel like the sweetness and earthiness of a sweet potato works will with the blandness and mushiness of black beans. I admit, black beans are not my favorite, but they play well with other ingredients, most notably with spices. And the same can be said for a sweet potato.  So now I bring you these Sweet Potato and Black Bean Burritos. 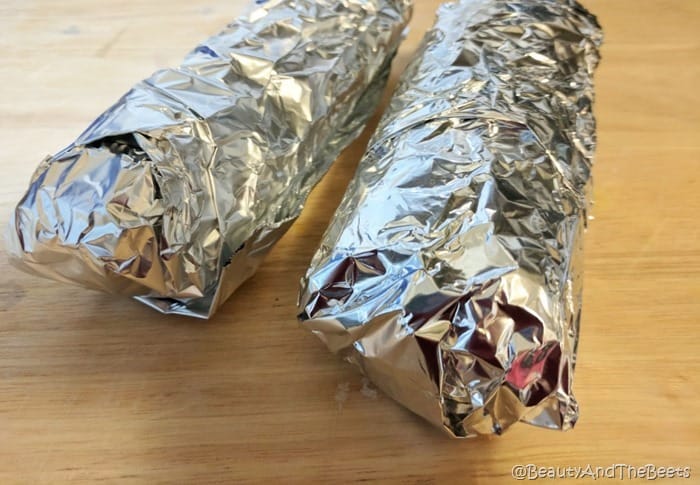 I made a little bit extra of everything so I would have enough filling  for two extra burritos, which I rolled in a double layer of aluminum foil and froze. Mr. Beet actually ate one the very next day – just remove the aluminum foil, wrap the burrito in a paper towel, and heat in the microwave for about 2 minutes.

**If freezing for later use, wrap each assembled burrito twice in aluminum foil. To enjoy, unwrap each burrito from the foil and cover with a slightly damp paper towel. Cook in the microwave for two minutes until the burrito is heated throughout.

Save this recipe for later: