This is another recap of our trip to the South. The Great Ice Storm of Charleston.
Previous recaps of the trip can be found at the bottom of this post.

As the winter storm was approaching South Carolina, we realized how lucky we were in Chad’s work schedule.  We started in Augusta, GA then went on to Columbia, SC and Myrtle Beach before arriving in Charleston.  We were lucky because the other three cities were now being blanketed with major snow and ice.  Travel would have been impossible had we left Myrtle Beach any later and we would have been holed up in a hotel for days while the city was shut down.  South Carolina hadn’t seen a winter storm like this in decades.  We thought we would escape most of the really bad weather since we were in the southern tip of the state. Most of the storm trackers were predicting Charleston was going to escape the brunt of the storm and have mostly rain.  They were wrong. 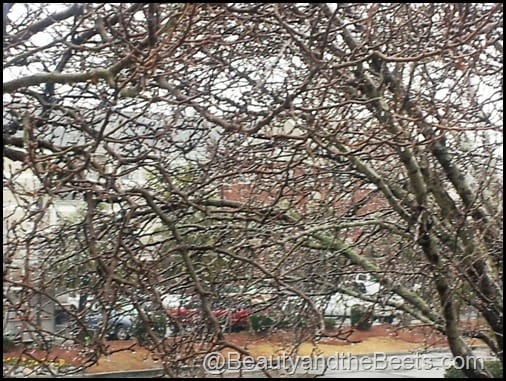 During the overnight hours, Charleston was hit with a major ice storm. While we knew there were a few schools and government offices that were closed for the day due to the storm we had no idea how bad it was.

Chad left for work at 6am. 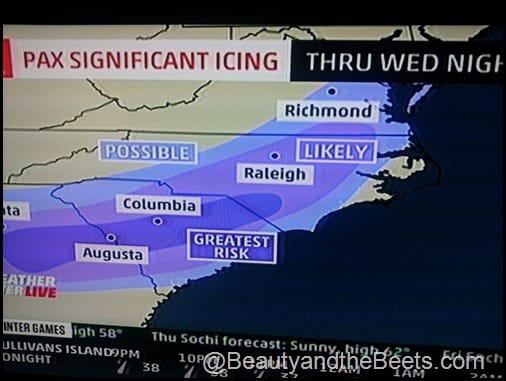 Our hotel was across the street from an outlet mall where there were a few restaurants.  Chad was working at a different mall in the area which had still opened despite the icy weather so I didn’t think twice about going across the street for food.  At about 11am, I bundled up with my hat, scarf and mittens, grabbed my umbrella and trekked through the wind and the rain towards the outlet mall. 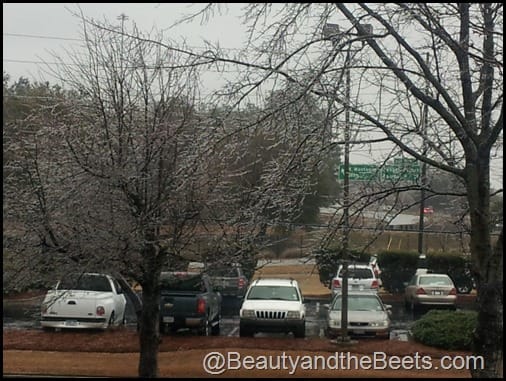 As I got to the mall, it was empty.  Completely empty.  The stores in the mall and all its food outlets were closed for the day.  I had to walk back to the hotel cold and hungry. 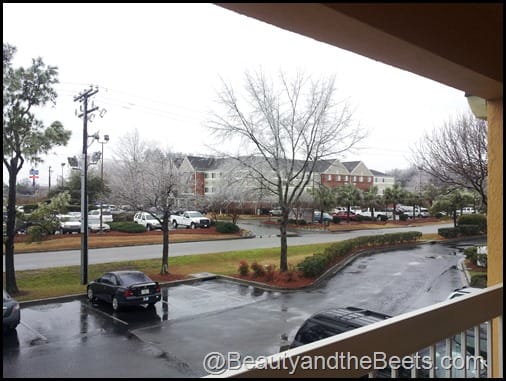 Thank Goodness for vending machines.  Lunch was a few bags of chips and a candy bar. 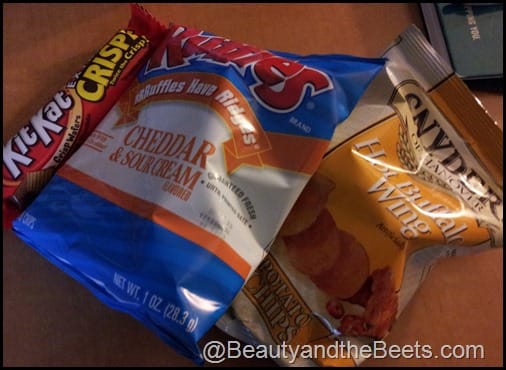 I had no idea the city of Charleston was in such bad shape.  I started watching the local news.  You would have thought the entire city was in an Apocalypse.  I guess in a way it was.  The main bridges in and out of the Charleston area were all closed, basically crippling the entire region.  Thousands had lost power in the Charleston area.  The hotel we were lucky enough to get a room at the day before had suddenly filled up with local residents seeking warmth. 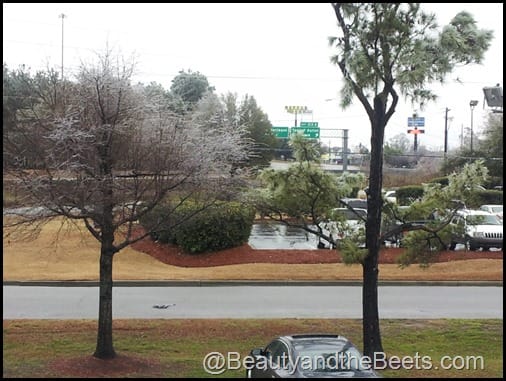 Chad had a long day at work.  The mall he was doing work at had never actually closed, but some of his co workers weren’t able to get there. He left the hotel at 5am and did not return until after 10pm.  Everything around us was closed for dinner.  Lucky for us the hotel recommended one pizza place that was still delivering food. (Why didn’t I know about them earlier?)  Buck’s Pizza came to the rescue and we at least got to have some pizza and breadsticks before heading to bed. 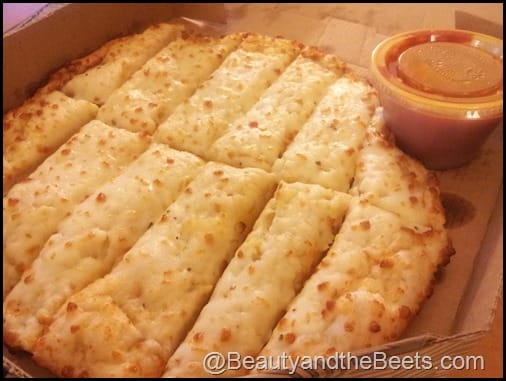 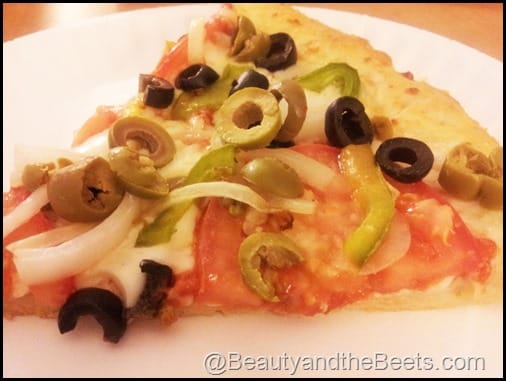 We were so lucky in that we never lost electricity.  I was able to stay warm all day.  Most of the rest of Charleston did not get so lucky.   Suddenly having to have “survived” on chips and candy bars didn’t seem so bad. Lucky for us the forecast was looking to be warmer and brighter in the coming days….

You were lucky enough to have electricity! My brother in law aunt was in Ohio during the pasts couple of storms, and in one of them they didn't have electricity, so they were literally freezing!!!