A year ago I wrote a post about Ten Reasons Why You Should Sign Up for a 5K “race” and one reason I wrote was because of the great scenery.  Most race organizers try to make the course interesting for the participants- maybe trying to route the race near a river or a lake or in the case of a run I did about a week ago, we ran right through the middle of Universal Studios Orlando.  And I mean- right through the middle. 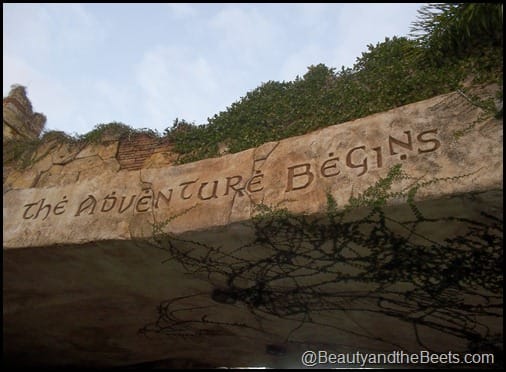 This was an annual Charity race held each year where participants race through Universal City Walk, and the Islands of Adventure and Universal Studios Orlando theme parks.  About 3,000 runners gathered in the parking lot for the start of the race. 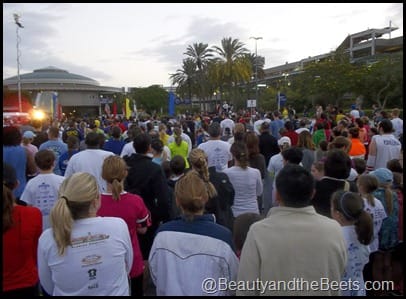 I started off running with the rest of the group and we ran through the usually well guarded gates and found ourselves in the middle of  the Island Of Adventures theme park. 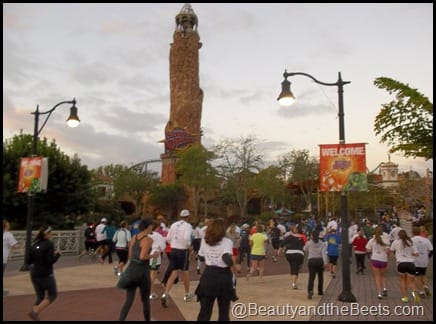 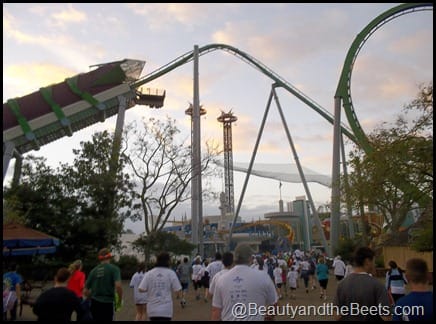 We ran under the Hulk roller coaster. 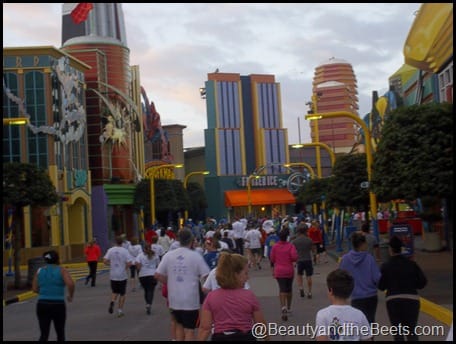 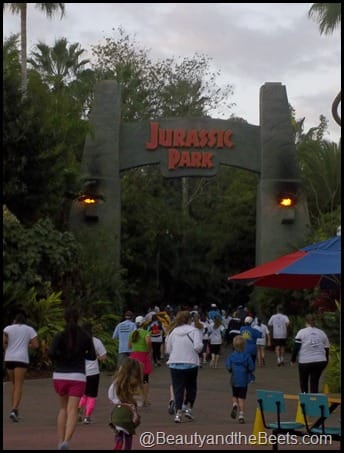 We then crossed the bridge into Hogsmeade, the home of the Harry Potter area at Universal Studios. 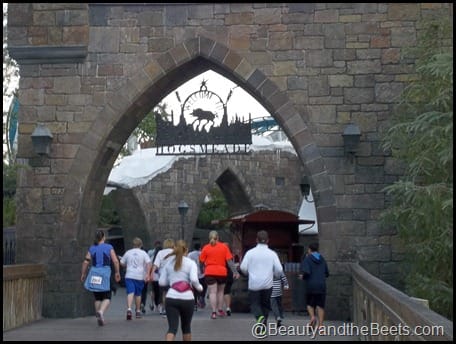 There was no time to stop for butter beer though… 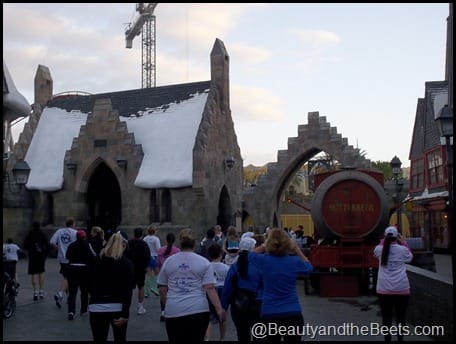 Next up was Seuss Landing. 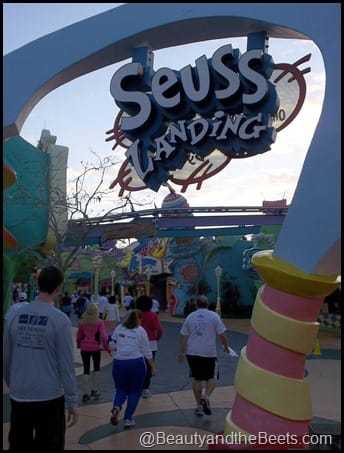 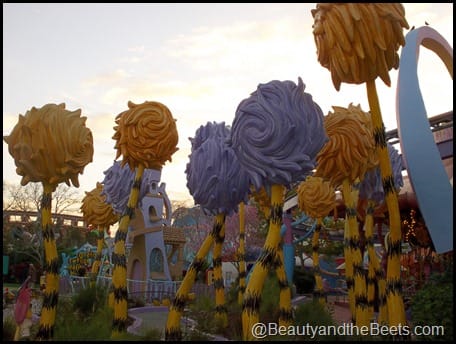 We were then directed out of Islands Of Adventures and through the backstage area where all the soundstages are…. 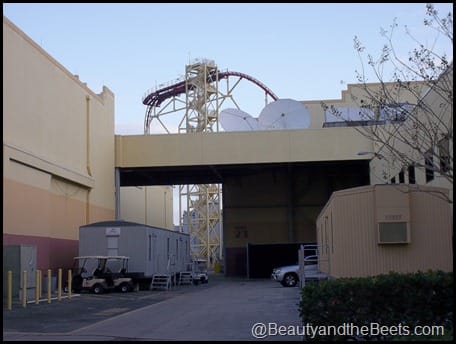 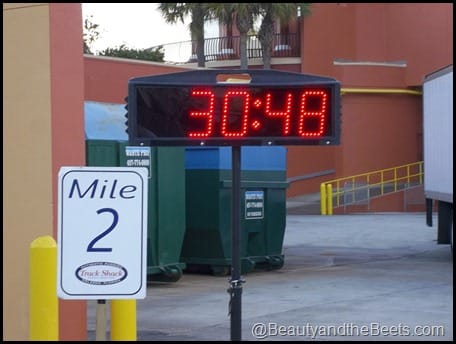 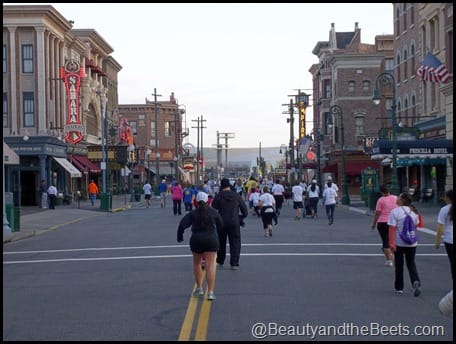 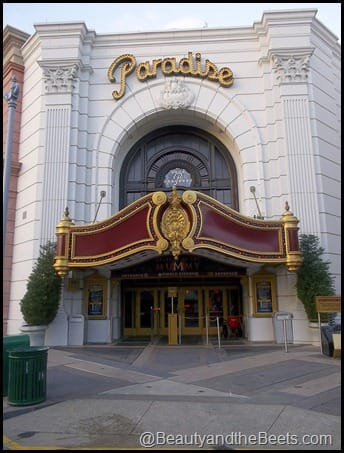 The sun was beginning to rise over Universal Studios.. 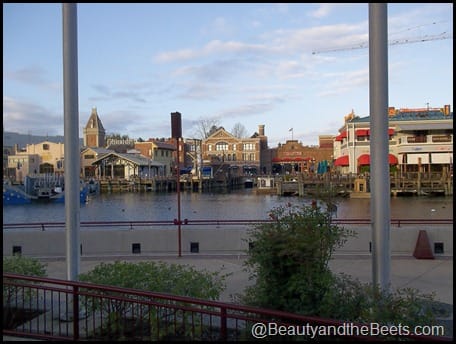 The last leg of the race brought us past all the fancy shops of Beverly Hills. 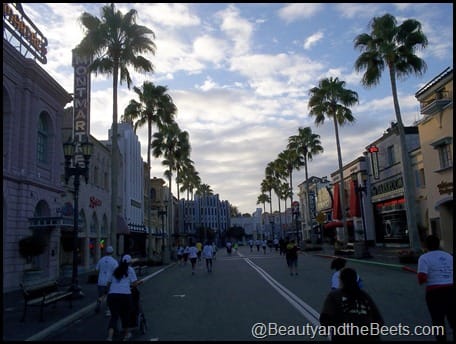 Finally we found the finish line.  I was surprised we finished in less than an hour considering the fact that I stopped and took pictures every three feet. 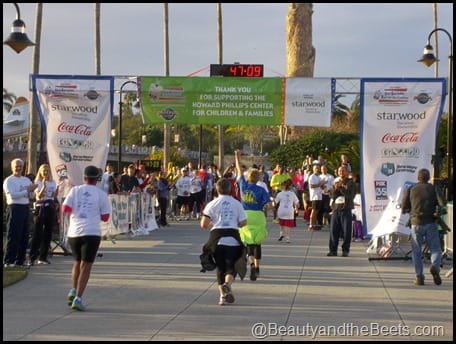 There were so many people at the finish line. 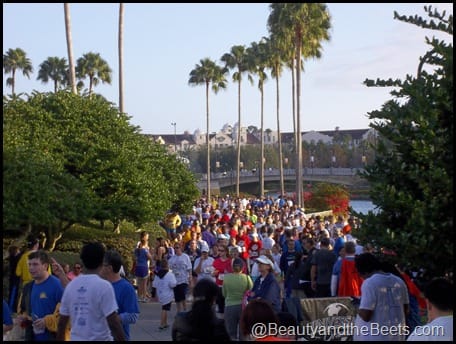 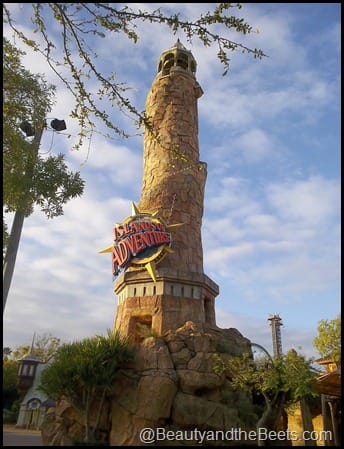 It was a great adventure……..