Well…I love me a good bargain.  I subscribe to Groupon, Living Social and ODeals (a local site in Orlando). We don’t often buy anything but occasionally we find a deal too good to pass up. On Living Social they were offering half-off a two-hour bicycle rental for two near our house. I have been begging Chad for a bike ever since we rode  in Indiana this past spring. I jumped at this opportunity thinking I can show Chad how much fun we can have riding bikes together and bring me one step closer to owning a bike of my own.

The weather was perfect when we arrived at West Orange Bikes and Blades in Oakland, Florida (about 16 miles west of Orlando). The shop is located in the Killarny station on the West Orange Trail. (They have another shop at the opposite end of the trail in Apopka). 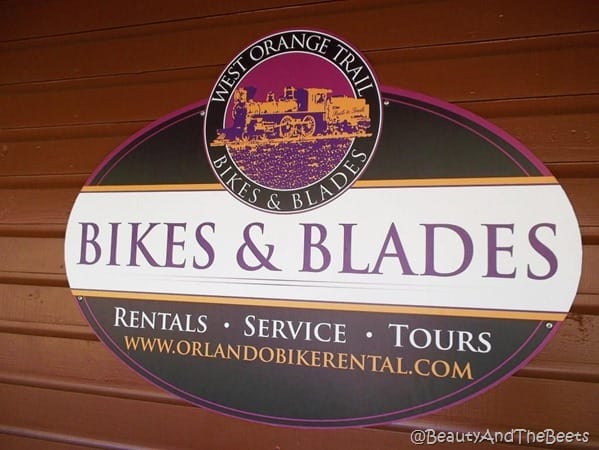 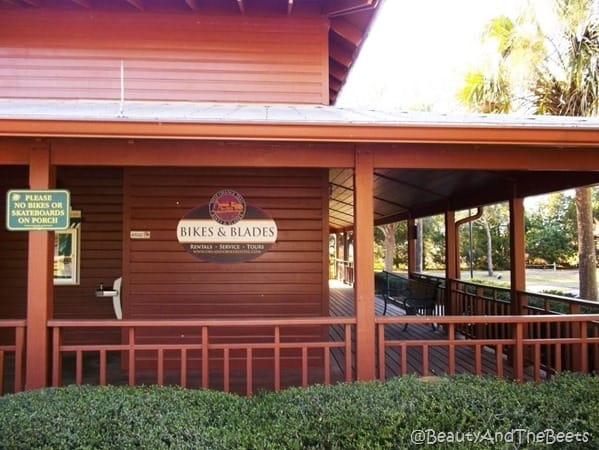 We got on our bikes and started heading west towards Lake Minneola.  We were forewarned by the employee inside the shop that the western part of the trail was very hilly and 8 miles will feel more like 16.  Oh please!  This is Florida, we are known for our flat landscape…I mean how hard can a little hill be?

Now in my defense, the wind was also blowing about 20 mph against us.  Literally- I am not exaggerating when I say 20 mph and I will talk about the wind more later.

We went up and down hills, along highways, over the river and through the woods.  We were having a lot of fun.  (I didn’t have to walk up every hill…just a few of the real big ones). 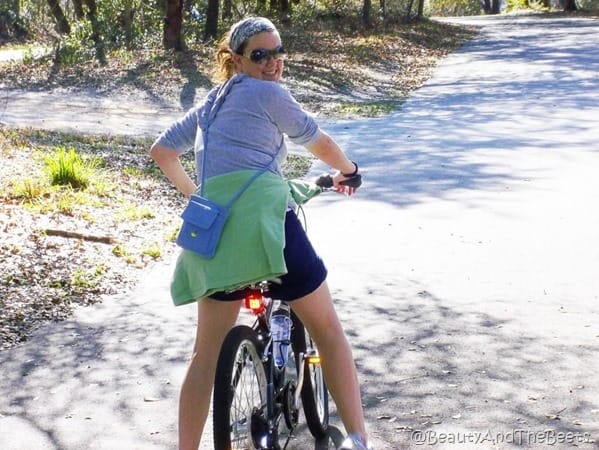 We got to the Minneola outpost in an hour and we knew Lake Minneola was just around the corner.  I surprised Chad (who thought I was ready to quit) and after we took a short little break we marched (well biked) forward. 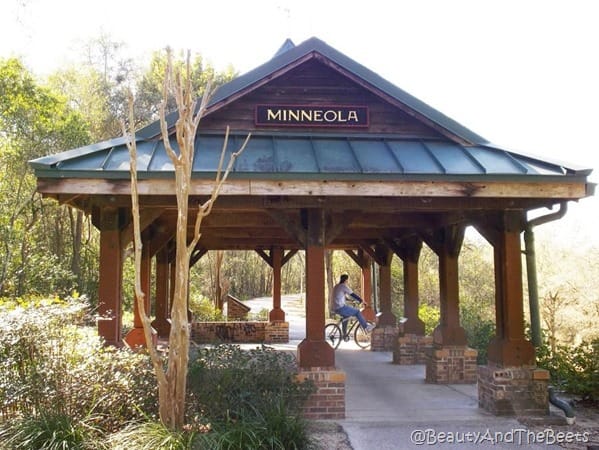 We had barely gone in additional 2 miles when we came across one of my most favorite places in Central Florida- Lake Minneola.  Chad and I used to visit here a lot where we would sit and watch the sunsets.  Again, it was a very windy day so the beach itself wasn’t crowded but it was a perfect day for both wind and kite surfers. We took a nice break and took in the scenery. 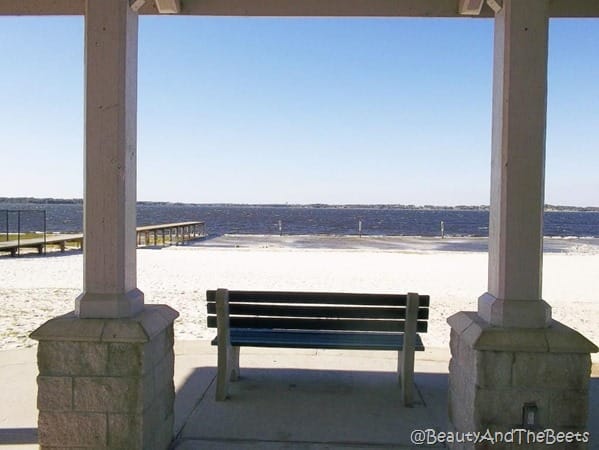 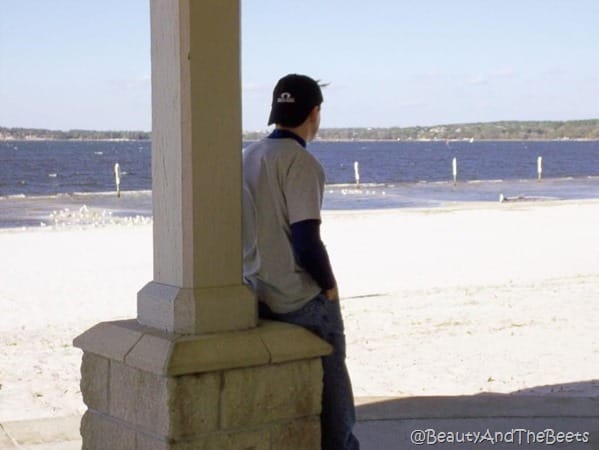 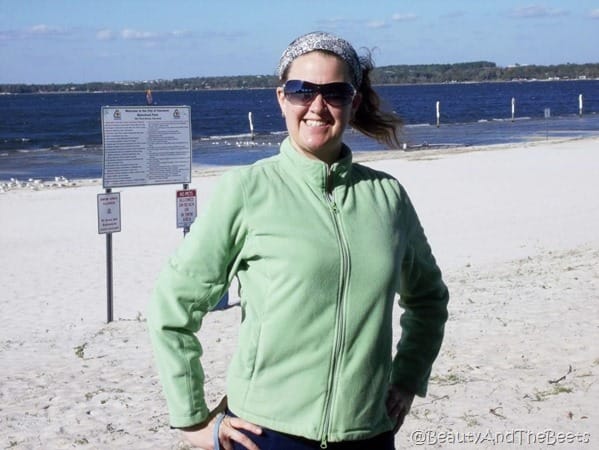 Now it was time to go back.  We had gone a little over 8 miles in a 20 mph headwind.  I was hurting.  My legs were on fire.  I wanted Chad to ride back, get the car and come get me.  However, he reminded me that we were now going to have a tailwind so we would be exerting less energy to return.  Um….ok….I’ll buy that.

We biked 17 miles total…I was so proud of myself.  I even took a self portrait of me and my bicycle to remember this moment. 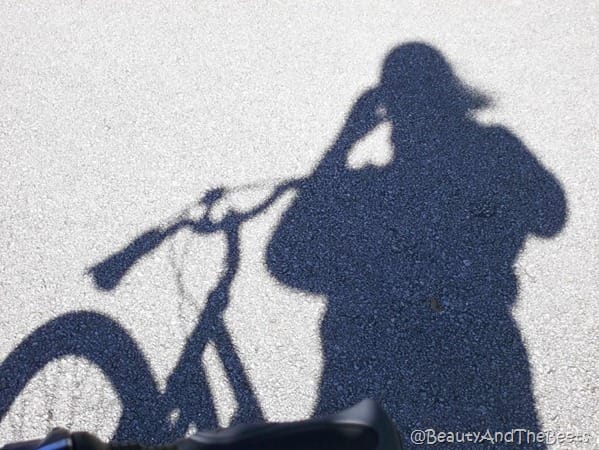 Chad was so proud of me he took me out for some Mexican bean burritos and chile rellenos.

I earned that chile relleno!! 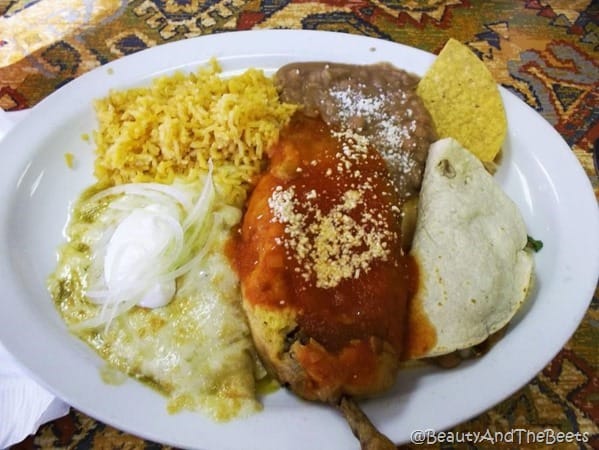 Wow…what a day.  I feel like I could bike another 50 miles……..except….OUCH!  I woke up in the middle of the night and my legs were aching and throbbing and the ibuprofen didn’t help and I couldn’t sleep so Chad told me to ice my legs but it is 30 degrees out and the house is already too cold and I am NEVER riding a bike again!!

We will be looking to buy me my own bicycle in the near future.