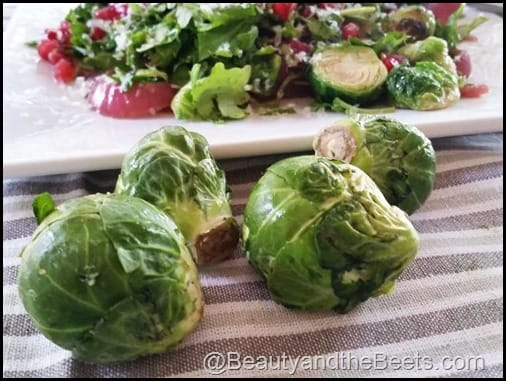 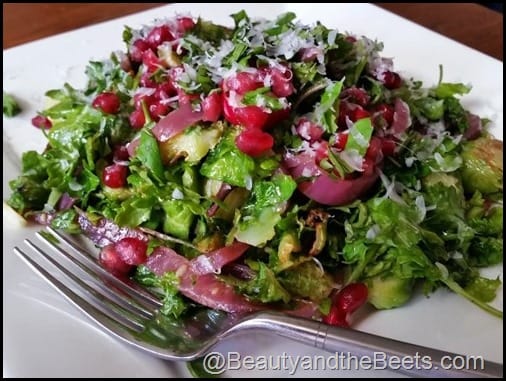 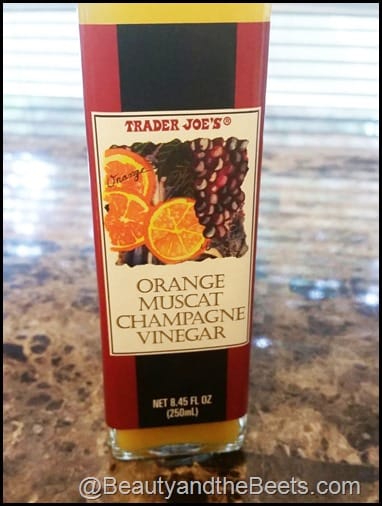 I made an orange citrus vinaigrette because I think that citrus and Brussels sprouts go so well together. I had this Orange-Muscat Vinegar I had picked up at Trader Joe’s– I’d been making vinaigrette out of it every time I made a salad lately and this sprouts salad as no exception. 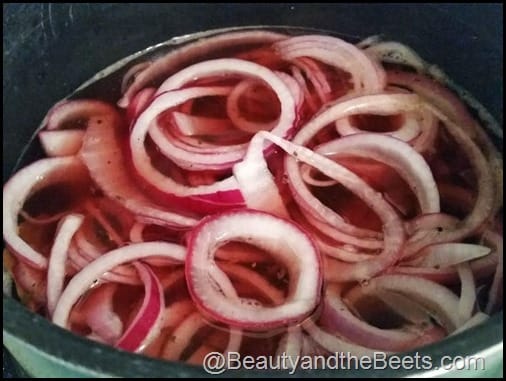 The first step was to make the pickled red onions. I’ve made these before and used them as a topping on veggie burgers or as a garnish on fish tacos. Very easy to make and quite flavorful, the cloves and spices used really scream out autumn. I made these a few hours in advance so they would have time to sit and marinate. 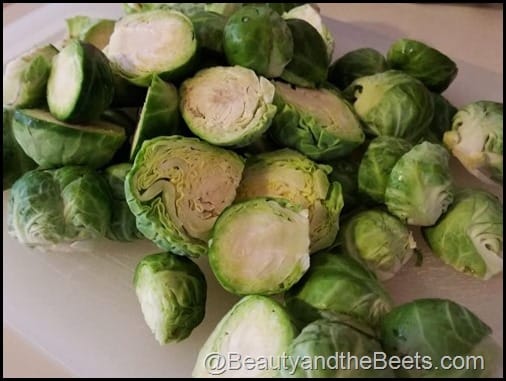 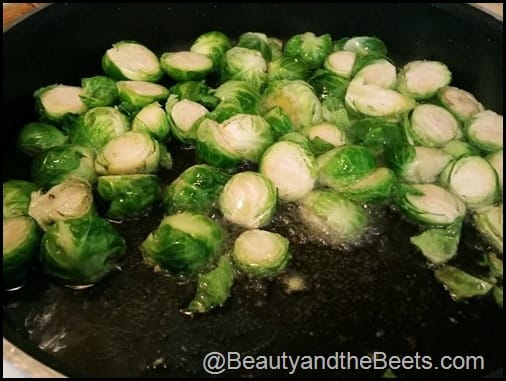 Before putting together the salad, I fried up the Brussels sprouts. The most important thing to remember here is to be very careful adding the sprouts to the hot oil- the oil will splash! 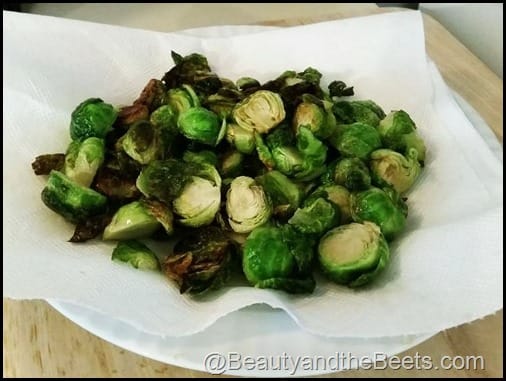 And make sure to let the sprouts drain well so you’re not left with an oily flavor that will ruin the salad. 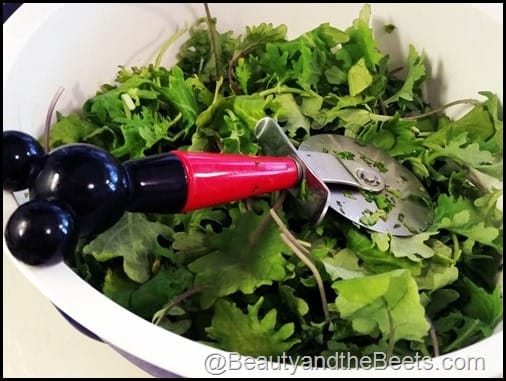 I like my kale and frisee chopped up, almost confetti like. I have found that using a pizza cutter is efficient in trimming up any type of salad greens. To me it just makes salad easier to enjoy when the lettuce is sliced into more manageable bite sized pieces. 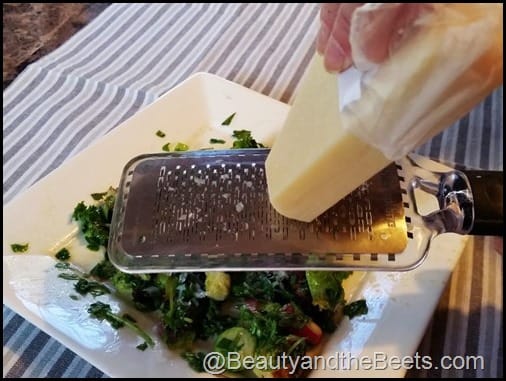 Adding fresh grated parmesan cheese over the top made it seem like the salad had been snowed on! However, the cheese can be left off to keep the salad Vegan-friendly. 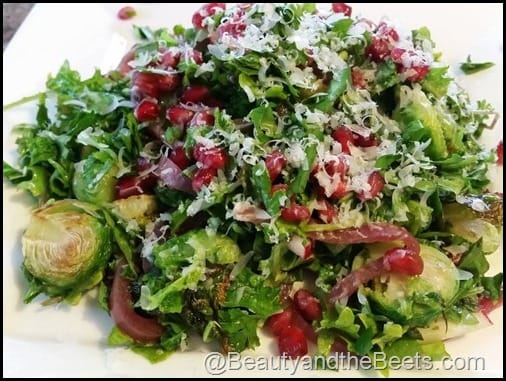 The end result is a colorful, festive and incredibly healthy salad.

Although I liked the pomegranate arils, I feel that I would use fresh cranberries next time as the seeds from the pomegranate were a bit tough to chew. But they sure made the salad pretty!

For the Pickled Red Onions-

For the Orange Citrus Vinaigrette-

For the sprouts salad- 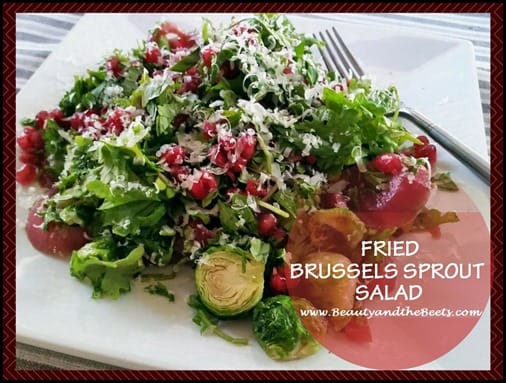 Thank you! I am so happy now that I have discovered your website/blog! Browsing through your recipes is a revelation! This is my first visit but I will most definitely make a point of visiting again. We look forward to making your delicious pickled red onion and sweet potato burgers and many more.

Please don't ever give up! I am salivating as I browse through your recipes...especially your fried Brussels sprout salad...yummy!

This sounds and looks so fantastic - I think it would be great with the orange citrus vinaigrette.