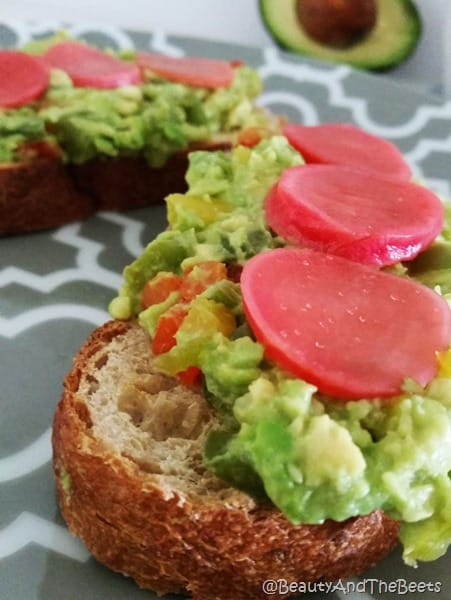 In recent years breakfast has become more than eggs and bacon or pancakes and syrup. There has been an influx of new meals like smoothie bowls and avocado toast. some restaurants have even begun to offer avocado toast as an entrée, usually served with an egg or a bowl of yogurt. I usually try to eat healthy while dining out so I will order a side of avocado toast with some fruit. However, I am never fully satisfied as I feel that restaurants are places that one should order something that one would normally not make at home. And how hard is it to slap some avocado on a piece of toast and be on your way? Here is my Avocado Toast with Pickled Radish. 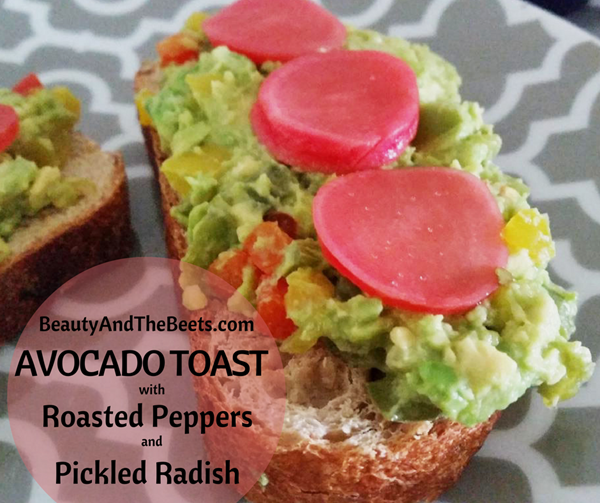 However, I recently experienced Avocado Toast at a pop up brunch here in Orlando. Farm-Haus, normally a gourmet meal service, offered a pop up brunch for a few weekends where they were able to test out some of the new food they will be offering at their soon-to-be-open brick and mortar location at East End Market in Orlando. The particular day I visited, they were offering Avocado Toast and I decided to give it a shot, though I wasn’t expecting much. 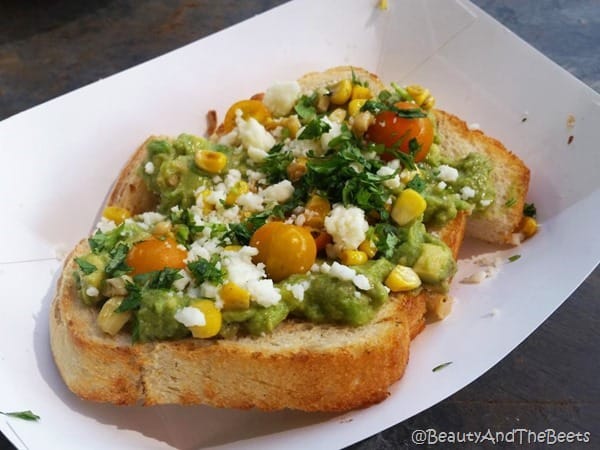 Avocado Toast from The Farm-Haus Pop Up Brunch Orlando

To say that the Avocado Toast at Farm-Haus was delicious is an understatement. This was life changing. First, the bread. The bread was thick and crusty. And fresh. Baked from another local purveyor at East End, the bread was then toasted lightly but enough to withstand the avocado mixture and not get soggy. Next the avocado was mixed with some roasted vegetables and then spread thick onto the toasted bread. Topped with a little salt and pepper and I was eating a divine creation. 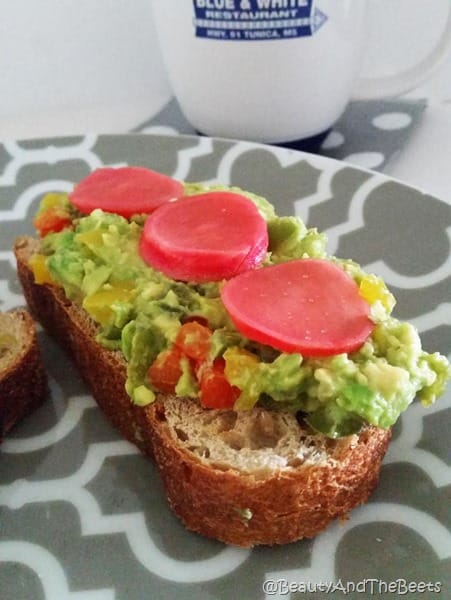 So why wouldn’t I want to make that at home?  I roasted some peppers, mashed them into avocadoes and spread that onto some toasted crusty whole grain bread. I took it even a step further and pickled some radish slices to top my avocado toast. And the pickled radish really was spectacular.  I made my version a little more simple than Farm-Haus, and left off the cheese. But a light sprinkling of Cotija cheese would be nice here.

The pickled radish slices were so good I ended up adding them my veggie burger later that day. And then to a bagel the next morning. And to a salad. I am fairly certain that pickling radishes is going to be my new thing. The fact that the process is so simple but yet will transform any dish from ordinary to extraordinary. 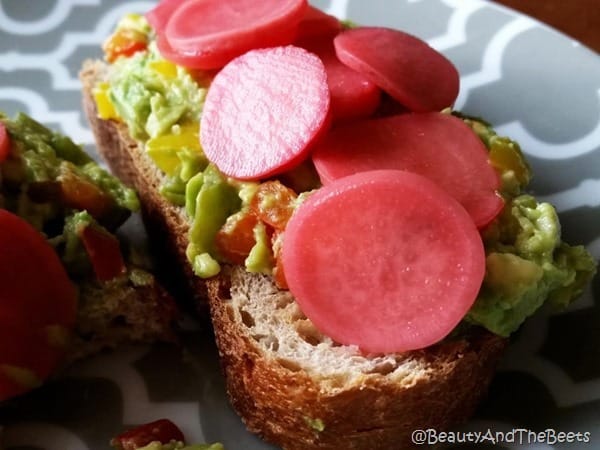 The pickling process was nothing more than adding a vinegar pickling liquid to a jar of radish slices. Then let the radishes sit and marinate for a few hours. I hope you enjoy this recipe from my kitchen to yours! 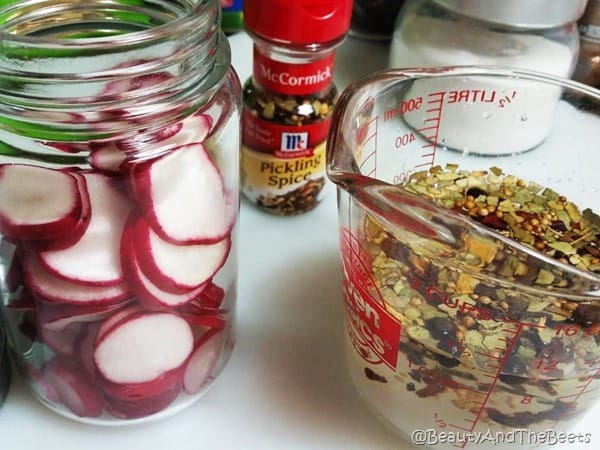 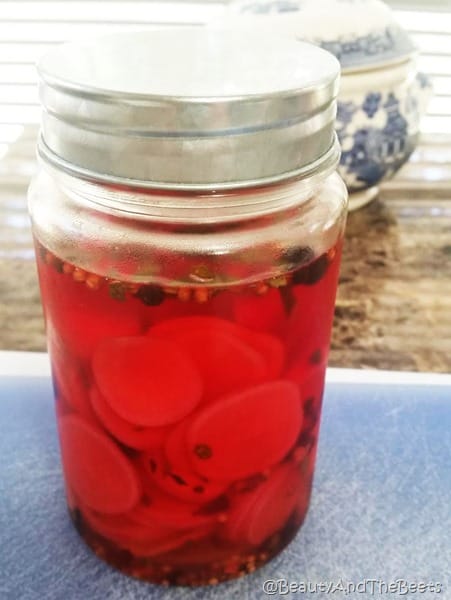 For the pickled radish:

For the roasted peppers:

For the avocado toast:

For the pickled radishes:

For the roasted peppers:

For the avocado toast: 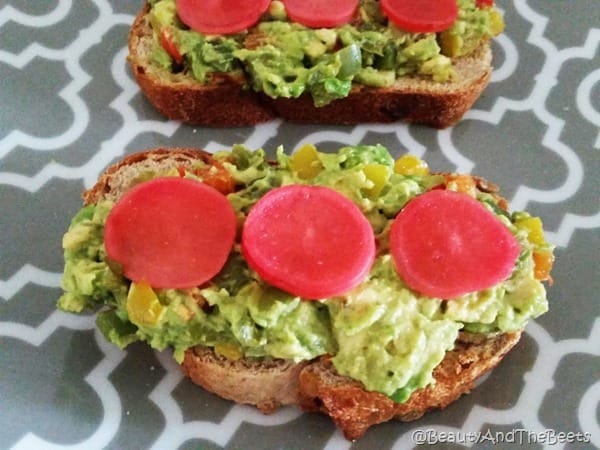 I love it with a slice of tomato as well but the pickled radishes also sound fantastic. Definitely will try that :-)

Love avocado toast! I usually put just a slice of tomato on it - will try roasted veggies sometime. Looks good