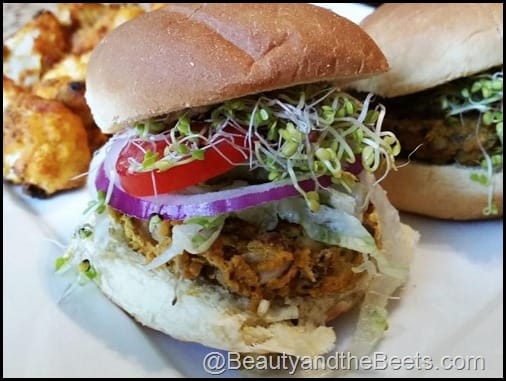 It’s Meatless Monday time!  I’ve been trying to stick to mostly Vegan fare but sometimes you see a great recipe and decide this is what you crave this week.  I found a basic recipe for these black eyed pea sweet potato sliders, tweeked them slightly and immediately wrote up my shopping list.  First of all, I have been trying (unsuccessfully) to avoid cheese this month and these sliders are dairy free.  Secondly, these are sliders!  How cute and trendy are sliders right now? 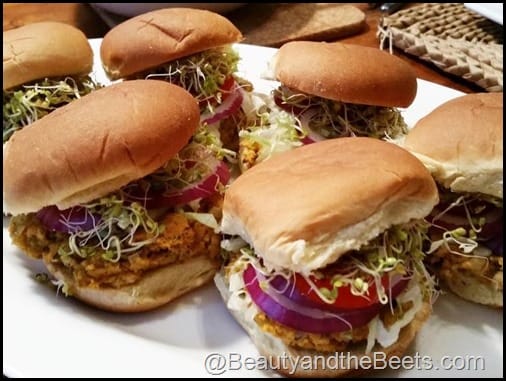 I had no problem finding anything on my shopping list except those slider buns.  Pepperidge Farm makes a mass produced version of slider buns that we found in our local Publix.  However, they contain dairy- milk to be specific.  I decided to keep looking but after we looked at two other smaller specialty grocers as well as a Fresh Market, I found myself back at that original Publix buying those Pepperidge Farm buns.  Therefore, I can’t claim this recipe as Vegan.  Then again, as Vegetarian-friendly as people in Orlando claims it to be, I often find it difficult to find certain Vegan ingredients even in Whole Foods.  A reader told me that Trader Joe’s does make Vegan slider buns so should Orlando ever became hip enough, maybe we will get a Trader Joe’s of our own and I can shop there. **(10/16/2015 update: Since I wrote this post we have a Trader Joe’s in Orlando now and they do indeed sell Vegan Slider Buns)** 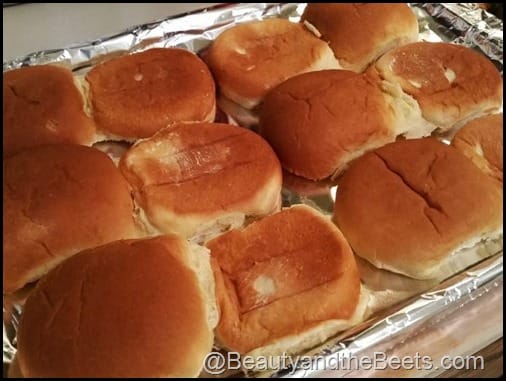 Anyway, enough of my rant.  The burgers were super easy to make.  The time consuming part was baking the potatoes and letting them cool.  Other than that, they were rather quick. 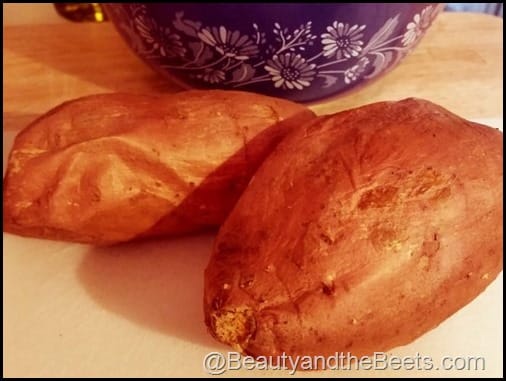 I love the idea of using black-eyed peas instead of black beans or chickpeas.  Black-eyed peas are rather unusual and unexpected in a veggie burger recipe. 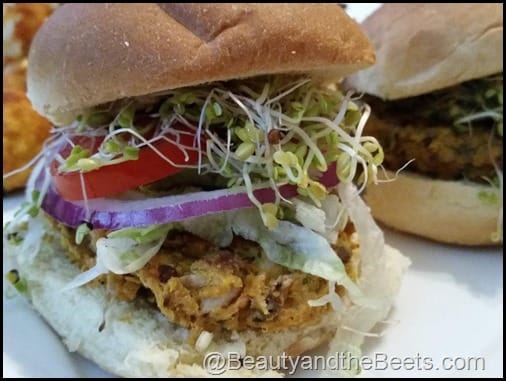 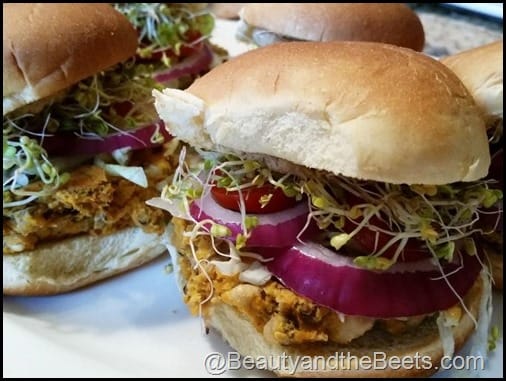 I used nutritional yeast as an ingredient to give the burgers a slight cheese flavor.  I did not use any real cheese in the recipe.  I also only recommended using dijon mustard as a condiment.  It’s just more simple and allows the black eyed pea and sweet potato flavor shine through.  However, if you can’t have a burger without a dose of ketchup then go for it. 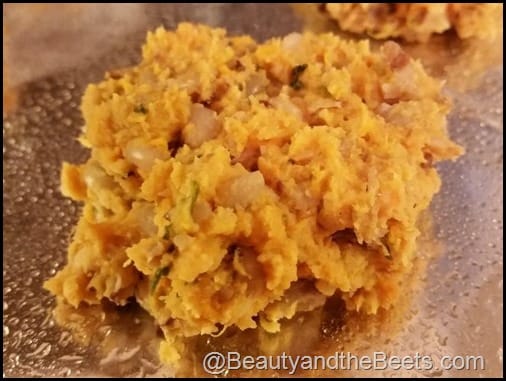 It is important to not flatten these out before baking like you may do to a regular beef patty.  Keep them in a semi ball and let them bake themselves out.   Smushing them too flat will dry them out and they will be hockey pucks, not moist tasty veggie burgers. 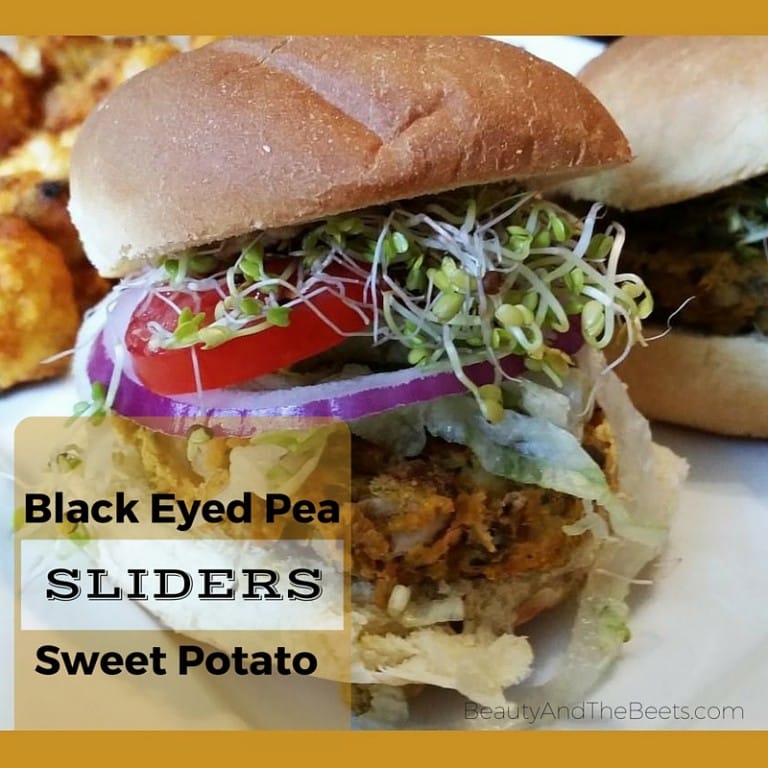 I am definitely trying this recipe - it sounds really good :-)