The Hollywood Studios – formerly known as The Disney/MGM Studios.  Back in my day we called it MGM.  It will always be MGM to me.  My ol’ stomping grounds.  I worked in entertainment here – I marched down Hollywood Boulevard in the parades, I danced across the stages in a couple of shows, greeted guests and signed autographs while dressed in silly costumes.

Chad had never visited the Studios so I was thrilled to be showing him my old ‘hood.

The very first thing we did was head over to Muppets 3D. One of the shows I did was an old Muppets stage show called Muppets on Location.  That show has since closed and the stage torn down.  However, the 3D movie is still there and just as funny and classic as it ever was. The Muppets are seeing a huge resurgence in popularity right now with the opening of a new movie this week simply called The Muppets – (I cannot wait to see it!!) 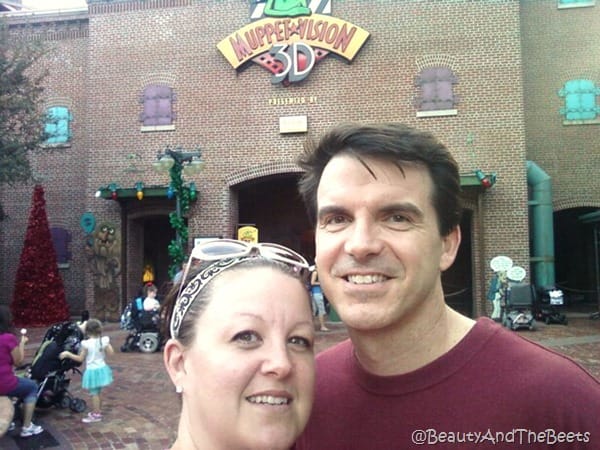 After the movie, we ran over to the other side of the park to catch the last Beauty and the Beast show of the day. This show opened 20 years ago (that’s right- TWENTY years ago- November 21, 1991 was our opening day) – I was lucky enough to be part of the original cast. I remember freezing cold overnight rehearsals (yes it does get cold in Florida) and I remember fixing all the glitches and tweaking as we opened the show the same day the movie came out.

This weekend was also the Beauty and the Beast 20th anniversary Reunion weekend – just about everybody and anybody who has ever been associated with the show through the years had gathered in Orlando this weekend for a big reunion – Disney had actually sectioned off a part of the theater which was reserved for the old B&B cast members – so when we went to the show we had seats down front and center. It was amazing to see so much of the original choreography and costumes had been kept all these years, but there were a lot of new changes. Basically, same songs, different order. Chad had to nail me to my seat to prevent me from getting up and re-enacting all the dancing moves and singing out loud to all the songs. I had tears in my eyes at the end (not because I was nailed to my seat- but because it was so beautiful to have been a part of such an amazing wonderful show). I am sooooo happy Chad got to see my show…. but he then got up and ran out of the theater when the show was over- I wonder if it had anything to do with me throwing myself onto the stage screaming “YOU CAN’T MAKE ME LEAVE……. BEAST! I LOOOOOOOOOOVE YOU!” 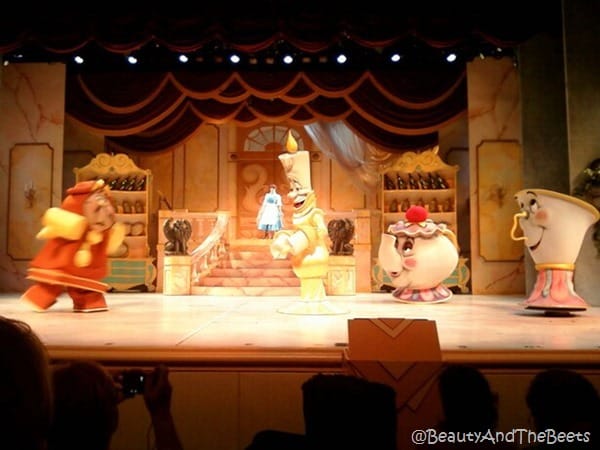 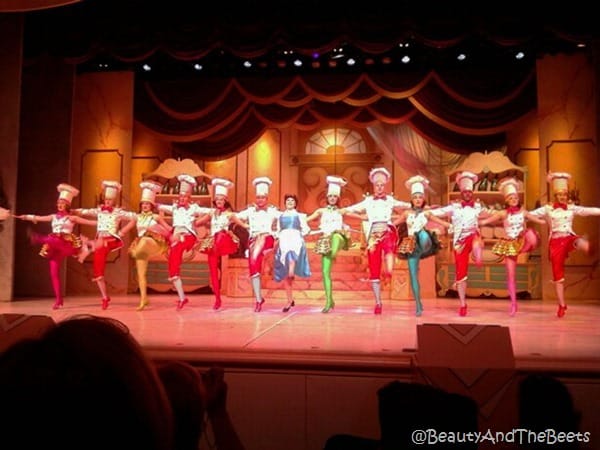 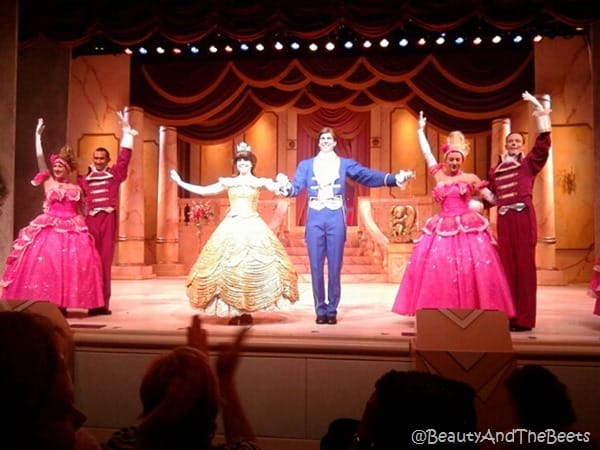 After the 15 or so security people were able to pry me off the stage (it’s ok- I left my fingernails embedded into the wood  so a part of me will always be onstage there) – Chad and I walked over to the back lot area to see the  Osborne Family Spectacle of Lights.  I have seen this in the past when it was basically a walking tour through the streets on the entire back lot but now they have it contained in just one area – New York street.  WOW- there are lights beside you…above you…behind you…in front of you….in every direction you can possibly turn your head.  Let me say it again….WOW!!!

First of all- it was snowing.  Yes, snowing in Florida.  Only at Disney, right?  Well- anytime there is snow it is a good time for …hot chocolate.  We got lucky because I only paid for one hot chocolate but two were made by mistake.  Score!!

And on to the WOW – there are no words and these pictures do not even come close to the  in person experience. 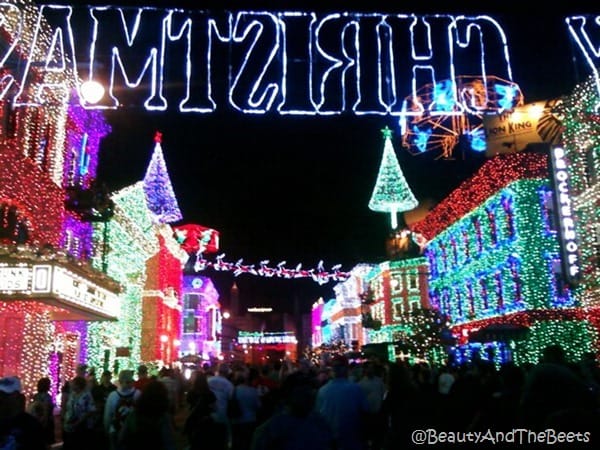 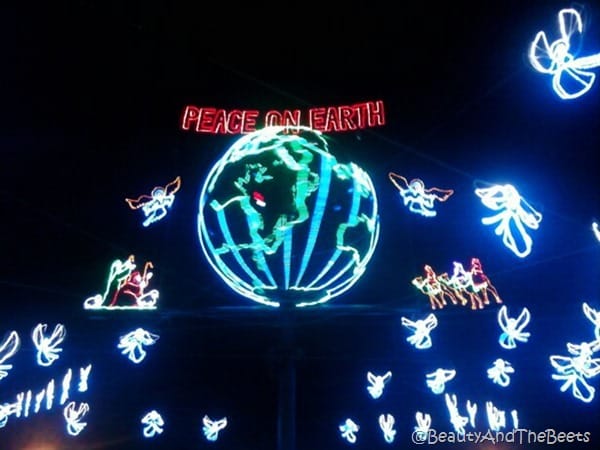 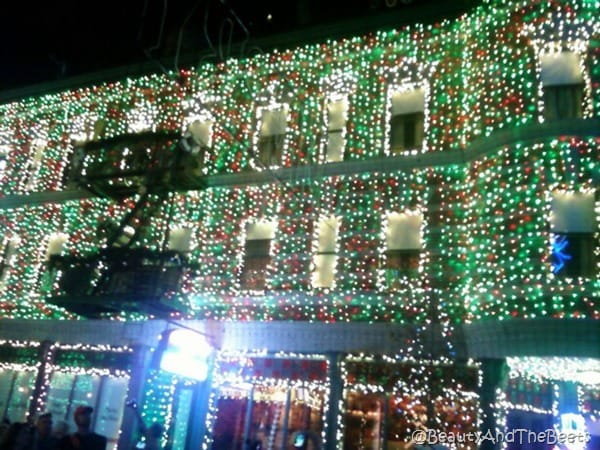 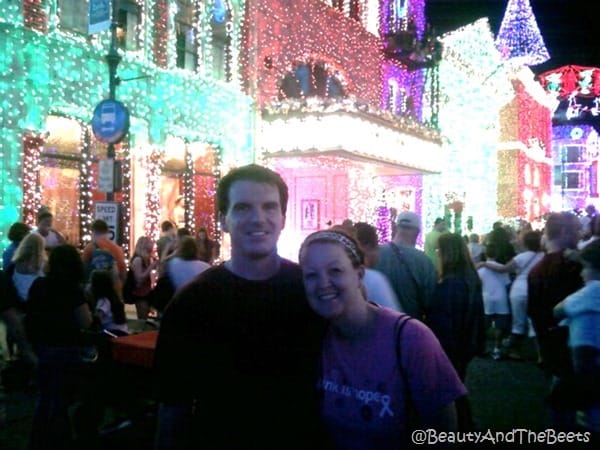 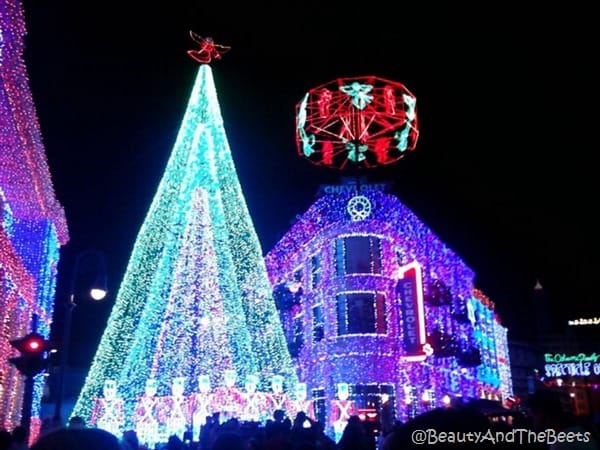 How could you possibly top that? We made one last stop before we left – we went to see Fantasmic. If you ever find yourself at the Hollywood Studios- this is NOT TO BE MISSED – unfortunatly- these pictures are not great either- most of the pictures I take with my camera phone but it has a hard time capturing anything that is moving and things are constantly moving in this show-but I think you will get the general idea of the show- lights, water, characters, fireworks….. Next time I will have to bring a more professional digital camera. 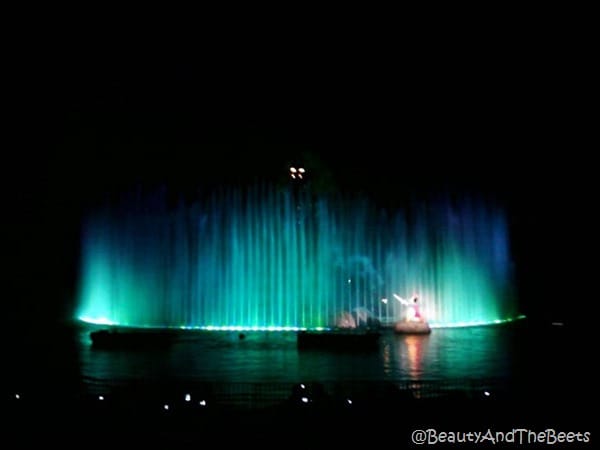 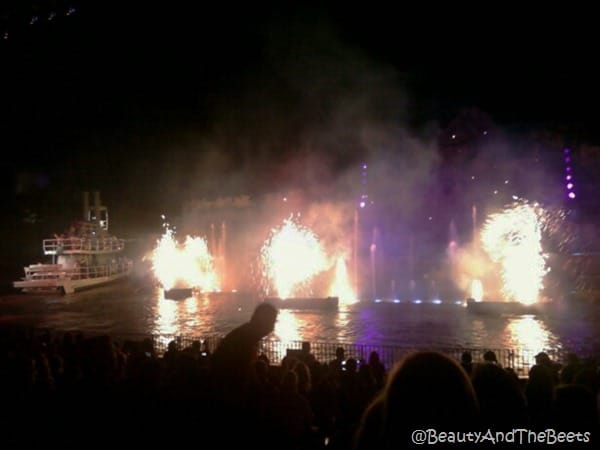 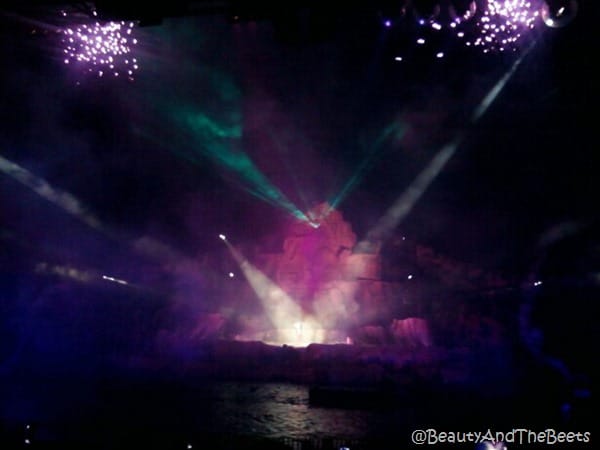 We had a wonderful day at Disney- we can’t wait to go again…purely for your  enjoyment only.  Oh..the sacrifices that must be made to keep blog readers entertained and happy…. 🙂