The beauty of living in Florida.  This past weekend as everyone up north was digging out of the snow, Chad and I went to Sea World for the annual Reindeer Run.  It was 70° and sunny.  Jealous?  Last year I wrote Ten reasons why YOU should sign up for a 5K and one of my reasons was getting to run through some great scenery.  We also run a 5K through Universal Studios every year in January.  And of course, Disney always has races throughout the year, which we normally don’t run but we volunteer at them to get our free Disney passes.  Oh, the perks of being in Central Florida. 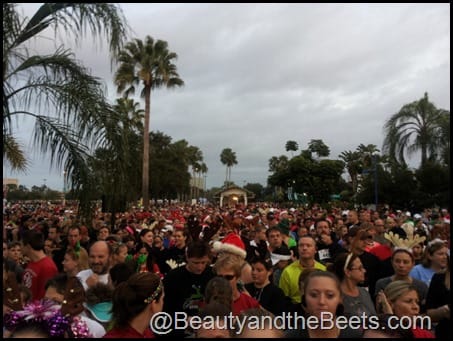 So anyway, back to Sea World.  About 5000 people showed up wearing tutus, Santa hats and reindeer antlers ready to run. After running a half marathon last week I was ready for a nice short 3 mile run.  This is not a race for serious runners.  It isn’t even really a race.  The route was fairly narrow so we found ourselves walking quite a bit but that just gave us more time to enjoy the scenery. 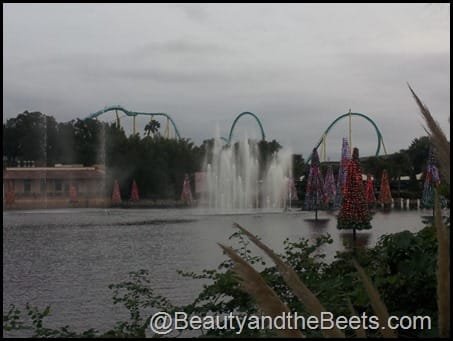 The first mile is just around the parking lot (boring) but soon we found ourselves running through the gates into the park.  We ran under the roller coasters which were being tested before the park opened…. 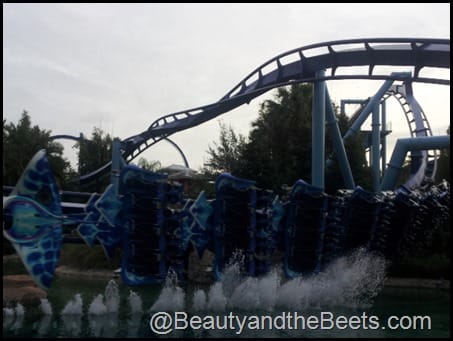 Past the pink flamingos…… 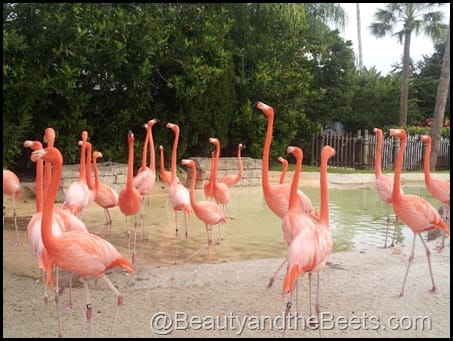 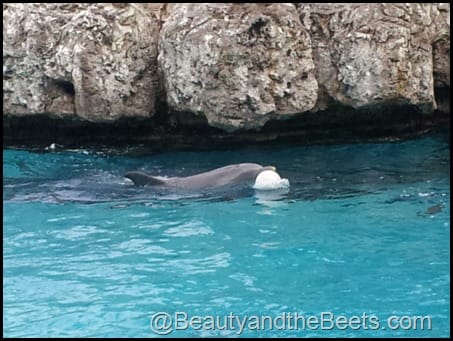 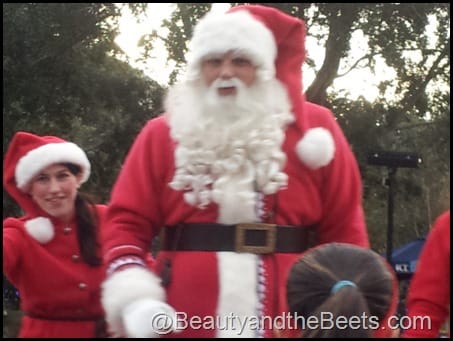 At one point it was snowing…… 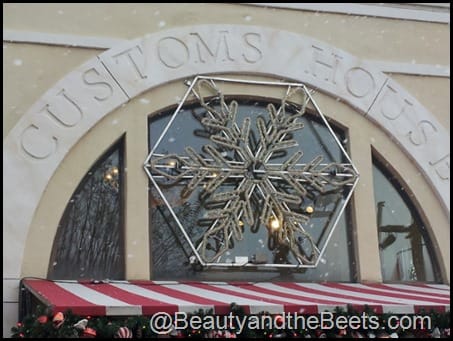 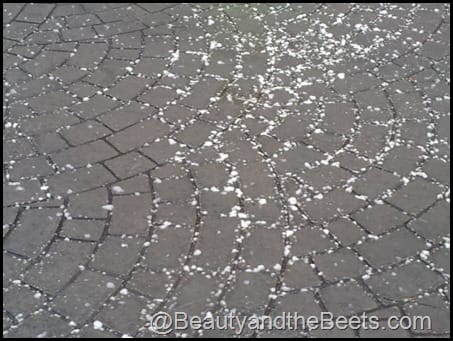 We ran past the Polar Express…… 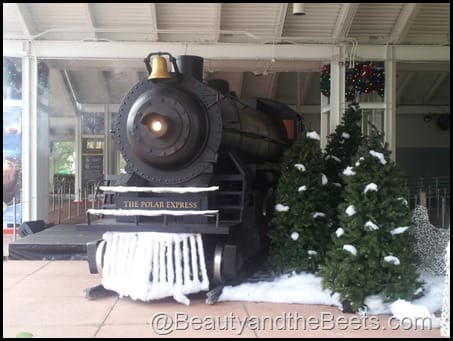 We ran through Antarctica and took a picture next to the Snow Man….. 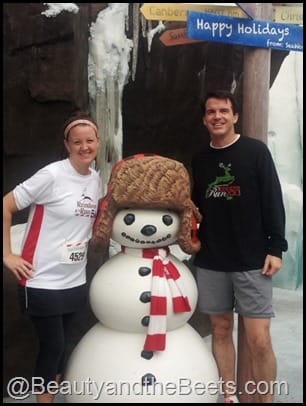 All as the sun was rising over the park…. 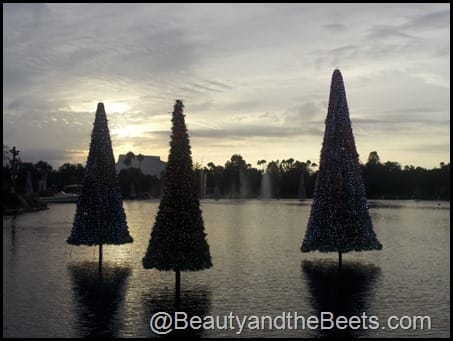 It was a great way to start the weekend which we ended by attending “The Singing Christmas Trees” – a big annual Christmas show at the First Baptist Church of Orlando.  The pictures are grainy but you get the idea- it is a great show to see if you find yourself in Orlando in December. 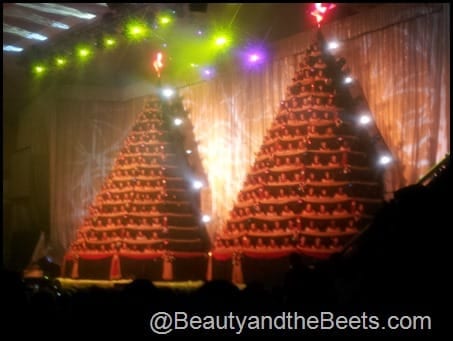 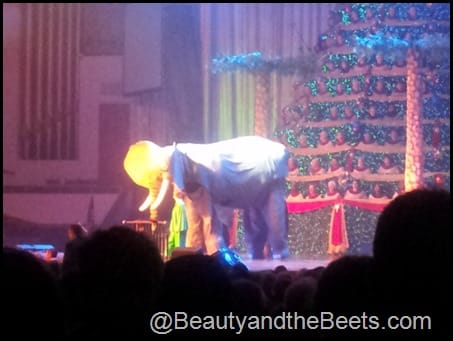 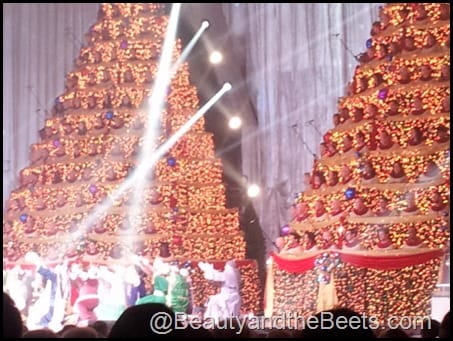 A Reindeer Run and The Singing Christmas Trees.  Now we are in the Christmas mood!  Are you ready?  What annual traditions do you celebrate to start your Christmas Holidays?