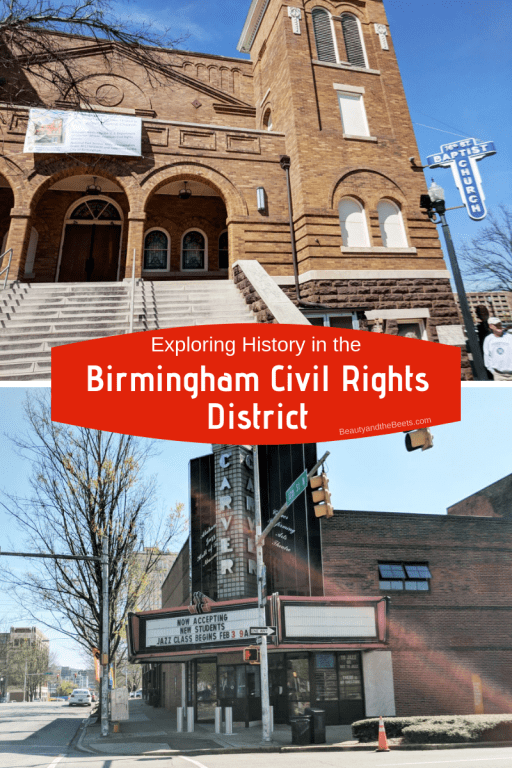 There is a six block area in downtown Birmingham, Alabama that is known as the Birmingham Civil Rights District. Much of the significant events that unfolded during Birmingham’s Civil Rights Movement happened within these six blocks and there is a lot to learn and explore over the course of an afternoon. 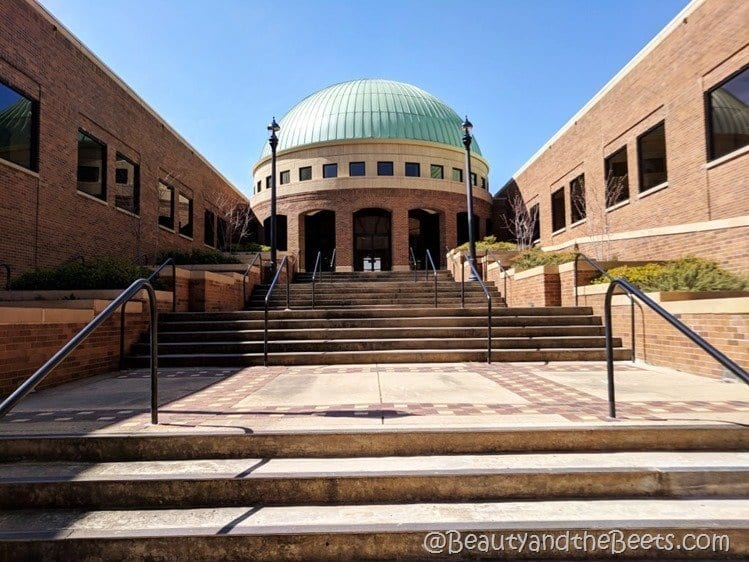 First I visited the Birmingham Civil Rights Institute which opened in the heart of the district in 1993. A self guided tour takes you through short films, exhibits, and readings of the triumphs and struggles during the 1960’s in the city. 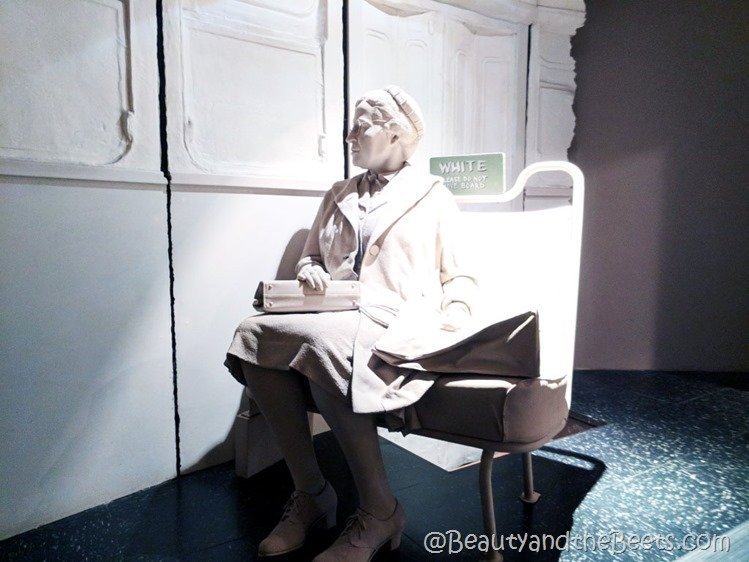 One of the most notable events was the story of Rosa Parks, a black woman who refused to give up her seat in the “colored section” of a city bus to a white passenger, when the whites-only section had filled up. This began a boycott of the buses in Montgomery, Alabama and became one of the best known acts of resistance in racial segregation. 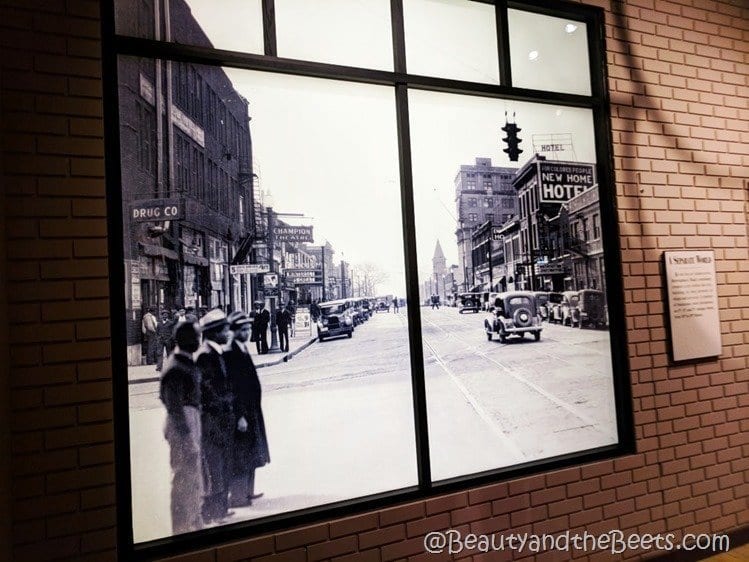 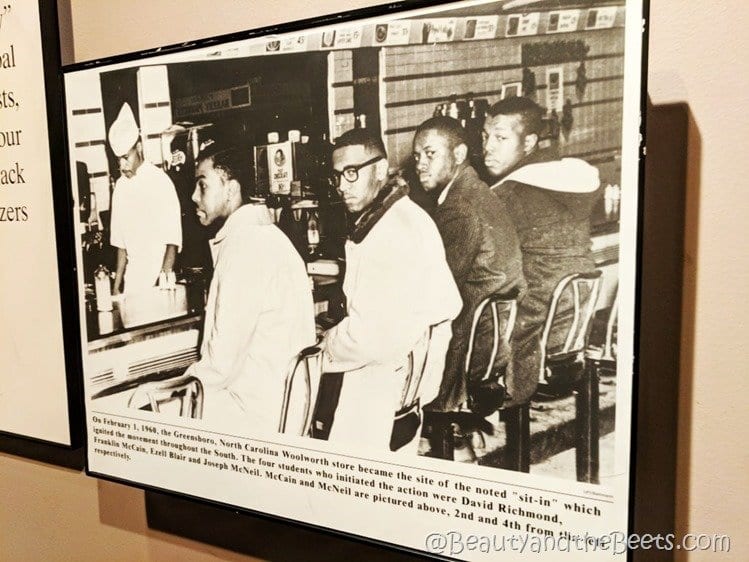 There is also an exhibit dedicated to the Greensboro Four, the four black men who sat at a Woolworth’s lunch counter in Greensboro, North Carolina asking to be served a cup of coffee. They were denied but continued to show up everyday, eventually attracting supporters made of their fellow students from nearby North Carolina AT&T University. This led to similar actions in other cities like Richmond, Virginia and Birmingham. 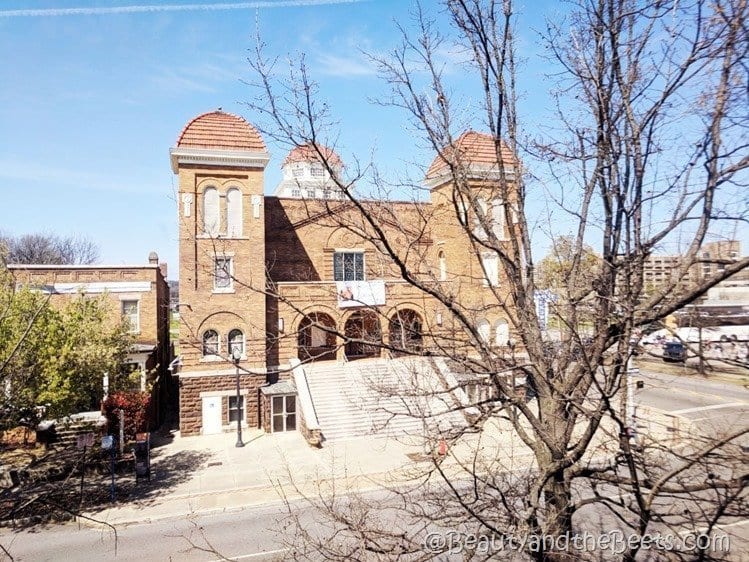 Perhaps the most interesting part of the museum introduced me to the Birmingham 16th Street Baptist Church bombings. Four members of the Ku Klux Klan planted 15 sticks of dynamite under the church, exploding them with a timing device during Sunday church service in 1963. The bombings killed four young girls and injured dozens of others. This was not the first bombing in the city as there were at least 21 other explosions at black-owned properties and churches prior. Birmingham ended up earning the nickname “Bombingham” after the the incident at the 16th Street Baptist Church. 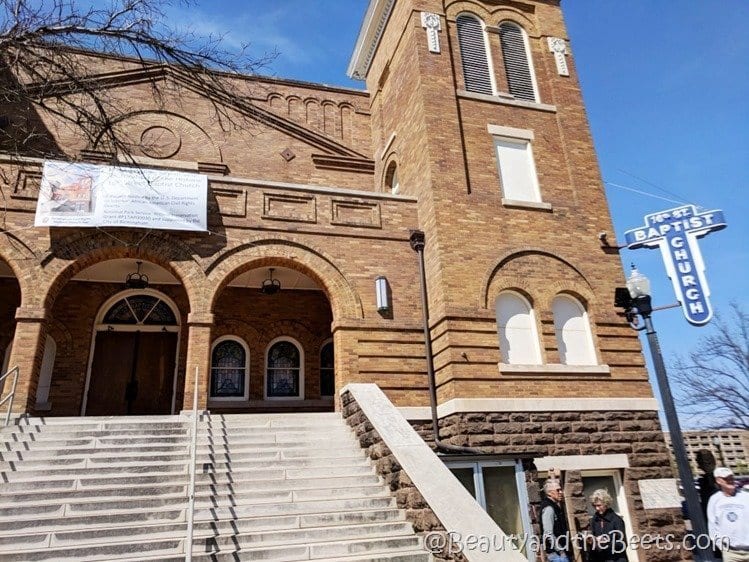 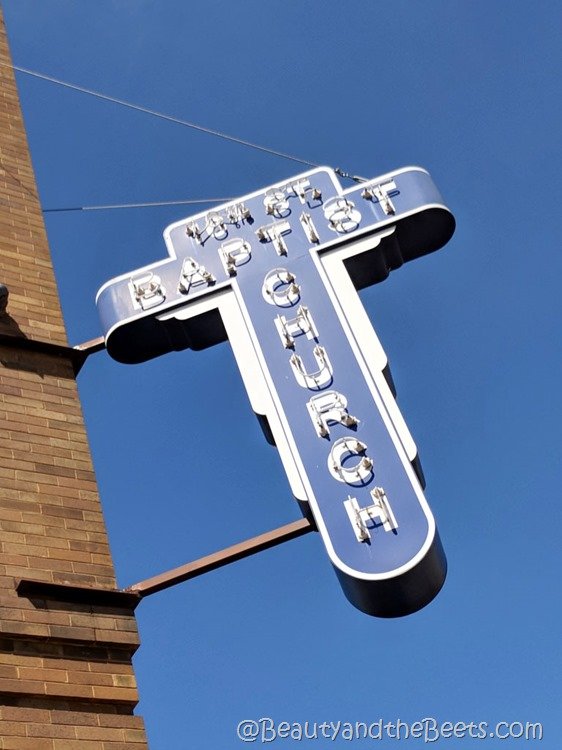 The church is directly across the street from the Birmingham Civil Rights Museum so it’s a quick walk over. Most days the church is open to walk through but naturally off limits during church services.

Across the street on the other side of the Civil Rights Institute is Kelly Ingram Park where many of the riots took place in Birmingham. Many of these riots became notable when police turned fire hoses on the protestors. 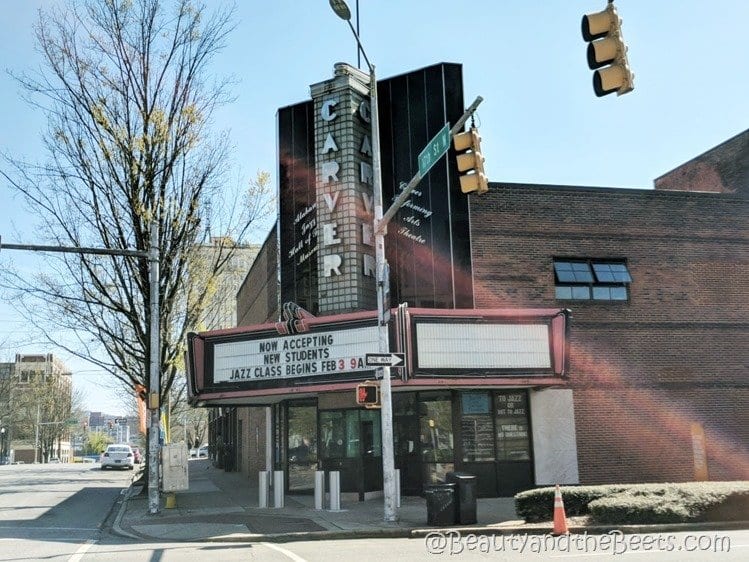 Just two blocks from the park is the famous Carver Theatre, a place during the days of racial segregation where African-Americans could see first run motion pictures. Today it stands as a local community theatre.

Birmingham’s Civil Rights District is an interesting area to spend the better part of the afternoon when visiting the city. It is also within walking distance of many restaurants including the Green Acres Cafe, a soul food staple since 1958.