Here is what I learned from the overall experience: 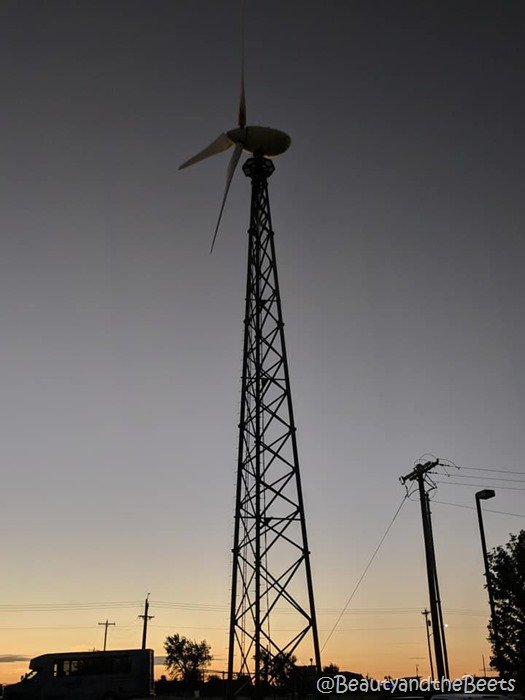 Day three, our final day of #FarmFoodTour Kansas, started with a visit to the world’s largest hand dug well in Greensburg. While the well used to be the main attraction of the museum, it is now more an homage to the devastating tornado in 2007 that destroyed over 95% of the town and killed 11 people. Just over 10 years later, the town has slowly rebuilt becoming the first “green town” in the United States. Many of the municipal buildings including the city hall, hospital, and schools have been rebuilt according the highest certification level issued by Leadership in Energy and Environmental Design. The city’s energy is sourced from ten wind turbines and many of the homes have been rebuilt to utilize solar panels. 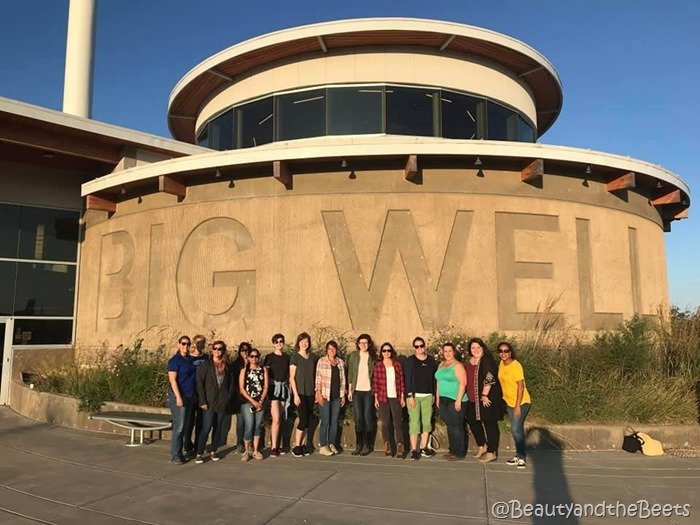 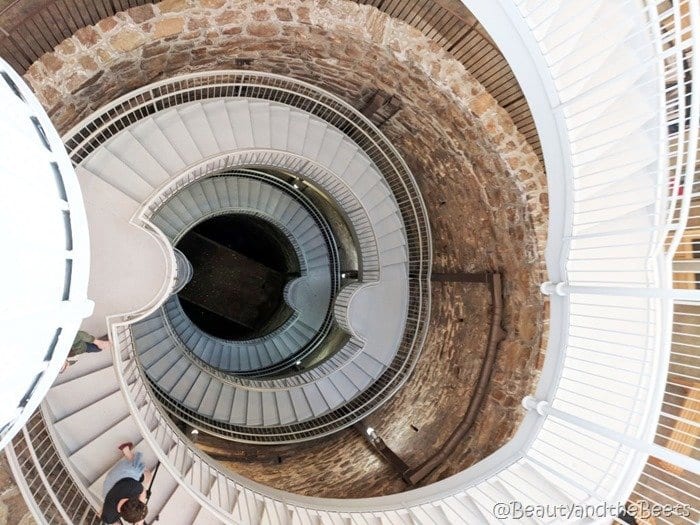 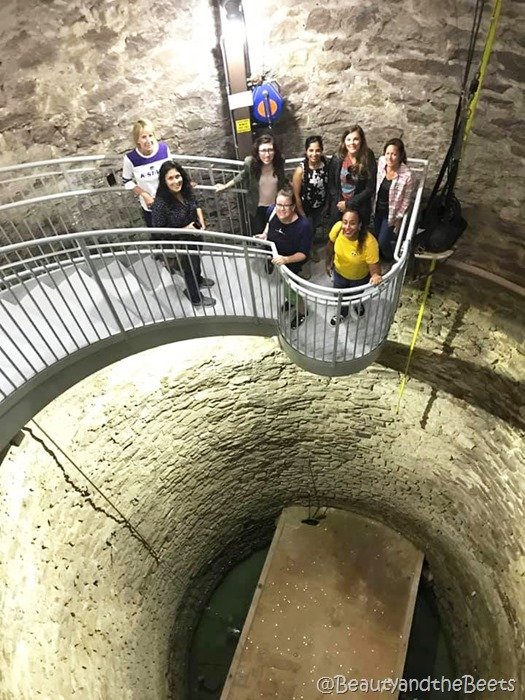 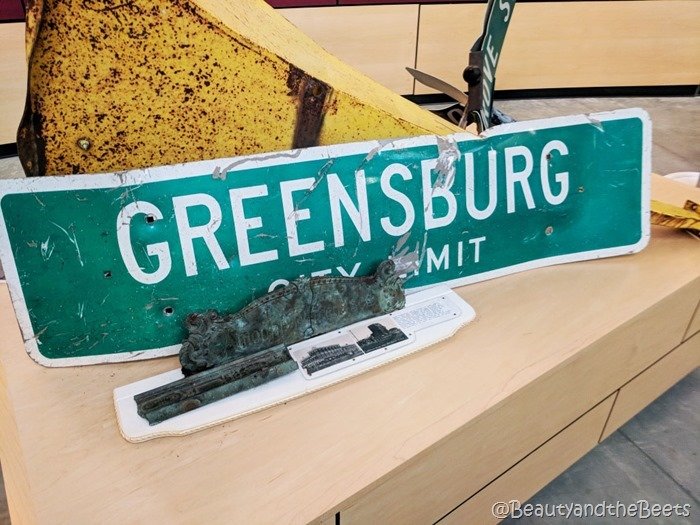 There were very few signs of the destruction endured a decade ago, save for these church steps that survived the tornado, while the church itself did not. 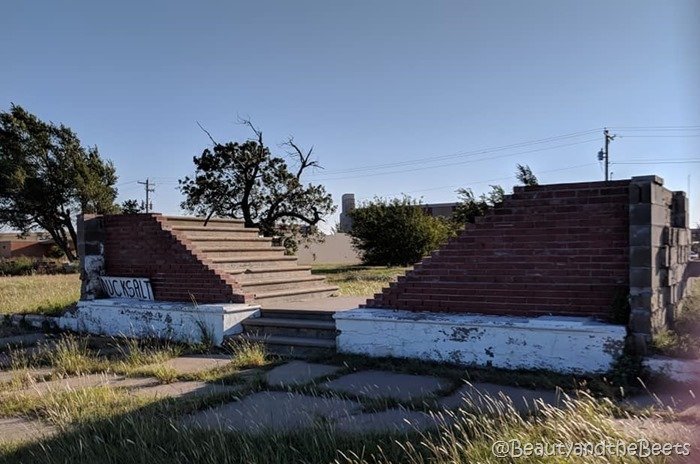 We next drove into Wichita for lunch at The Kitchen, a restaurant owned by a former #FarmFoodTour Kansas alumni. There is nothing better than a table of food bloggers all snapping pictures and passing plates around the table. I am sure we were quite a sight for the other diners. At this point, we had been on a bus together for three days and we were all quite comfortable with each other. 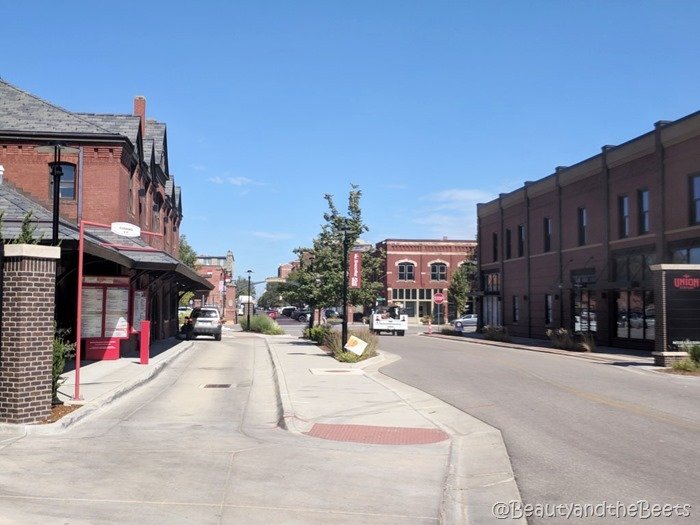 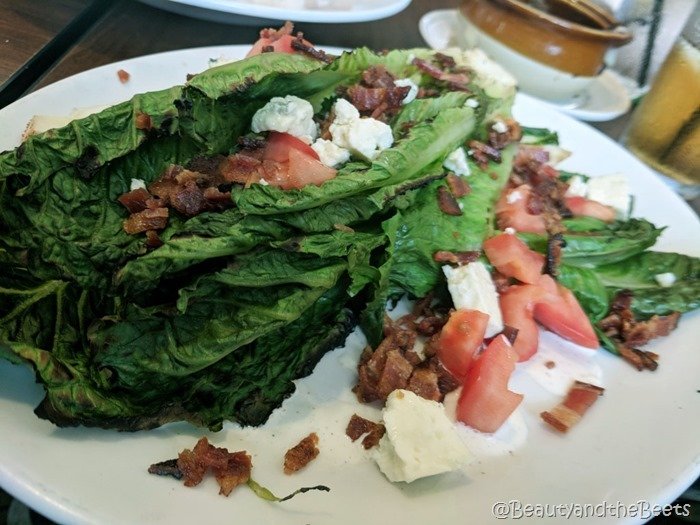 I personally fell in love with my sweet potato cheesecake. 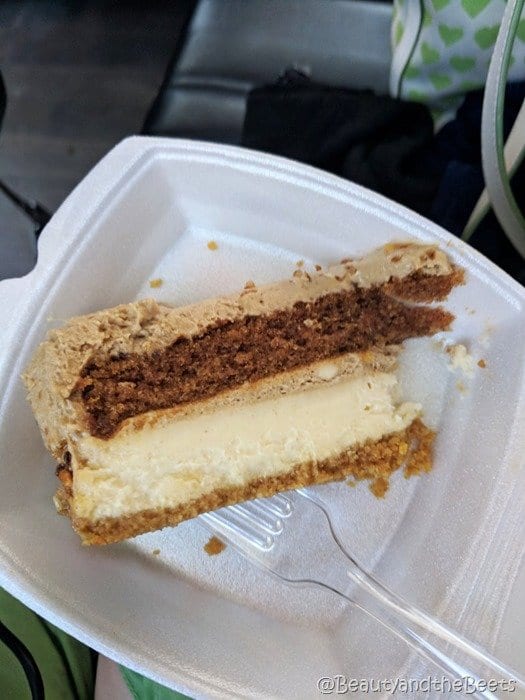 Our next to last stop brought us back east in Kansas in the Flint Hills region. For anyone who thought Kansas was flat I can assure you it is not. We visited Dalebanks Angus Ranch where cattle are raised. Here they are tagged, tattooed, and weighed. Cattle are not only tagged, but also tattooed. Should there be a catastrophic event (like a tornado), the cattle can be lost. Tattooing the cattle ensures the return of stock to the farms where they are being raised and treated. 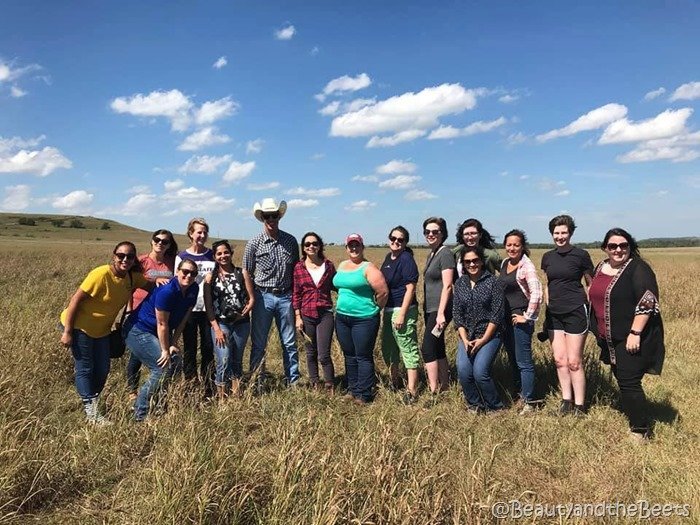 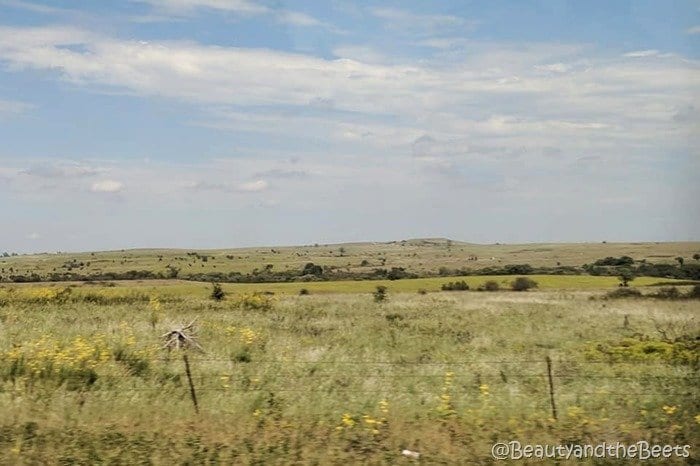 Here I also learned that while anti-biotics are a concern for many consumers, what many people do not know is that Farmers only give antibiotics to their cattle if it is absolutely necessary. A small 1-ounce vial of medicine can cost upwards of $800, and that is money that comes directly out of the Farmer’s pocket. However, if a cow does require medicine, there is a withdrawal period before that cattle can be sent to harvest. It is actually illegal for for there to be any trace of antibiotics in the food (and dairy) we consume. 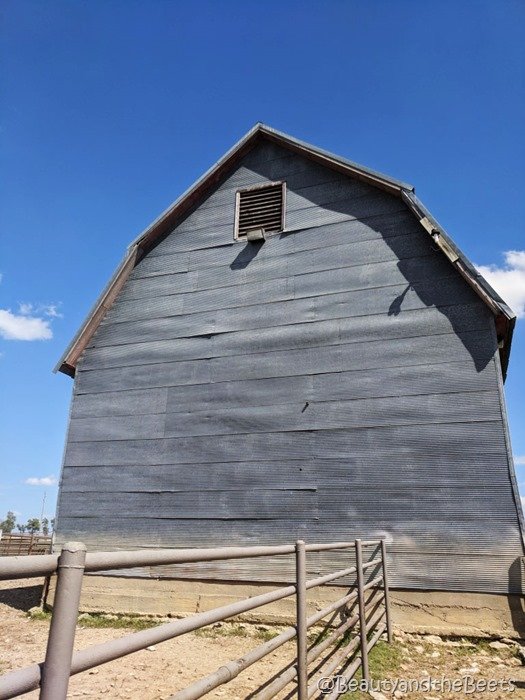 Our final stop of the #FarmFoodTour Kansas tour was at Juniper Hill Farms, a vegetable farm in Lawrence. Here one of their main contracts is with Whole Foods. We saw large boxes of pumpkins (including the super spooky warty goblin pumpkins) ready for shipping to the Whole Foods Market in the Kansas City area. 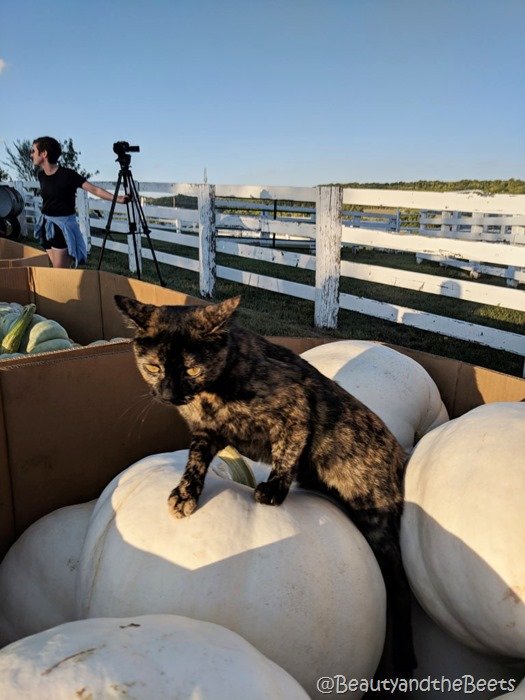 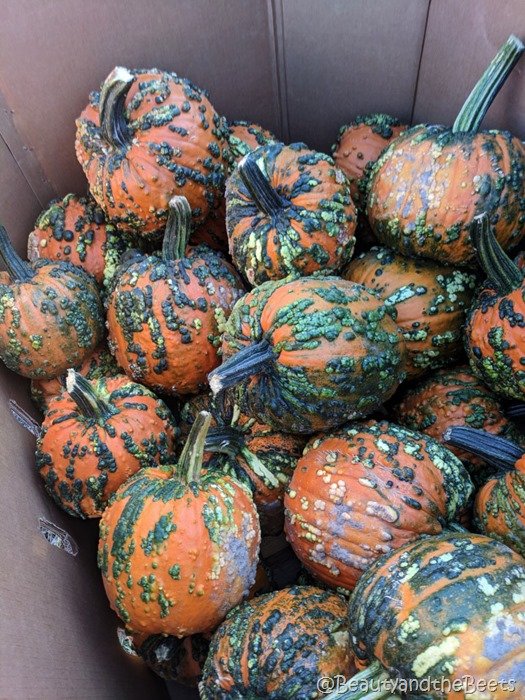 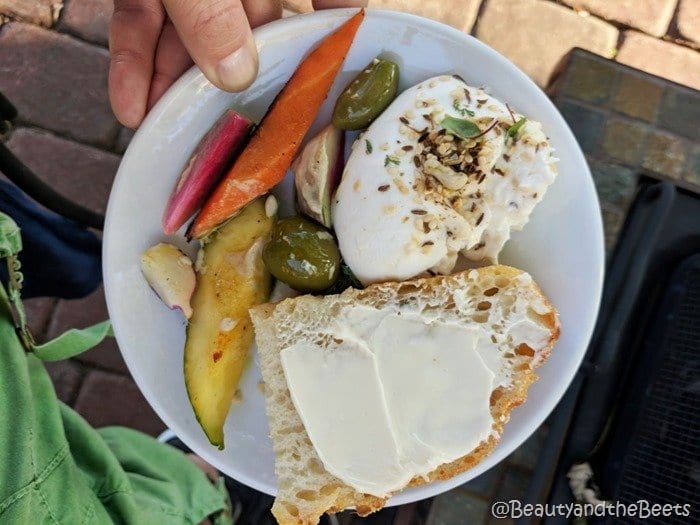 Next we boarded the “veggie bus” to visit the arugula fields on the farm while the chefs from 715 Restaurant in Lawrenceville prepared dinner. 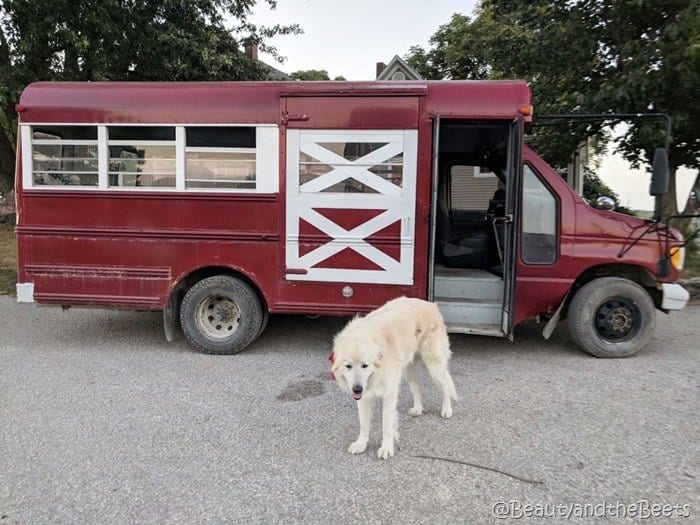 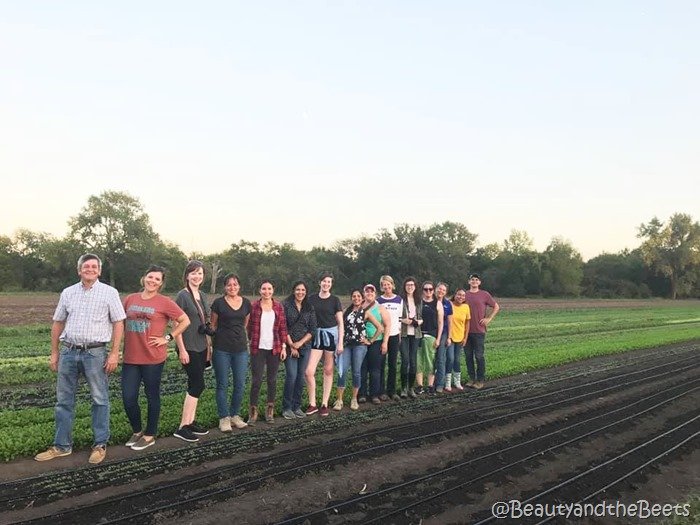 It was interesting learning about the tillage of the land in preparation for crops. Did you know that it takes 3 years to convert a field from regular farming to organic? Many farms cannot afford to wait for this process which makes organic vegetable farming rather rare (hence the higher prices in our markets for organic goods). For example, a farm may receive $17 a bushel of organic corn as opposed to $4 a bushel for non-organic.

While that seems like a hefty difference, three years is a long time for a Farmer to be without their land, as most Farmers live season to season. A season with no rain, too much rain, tornados, drought, disease, heavy winds, etc. can wreck havoc on a farm’s bounty. It is said that Farmer’s know more about the weather than your average weatherman for just this reason. (hence the Farmer’s Almanac). 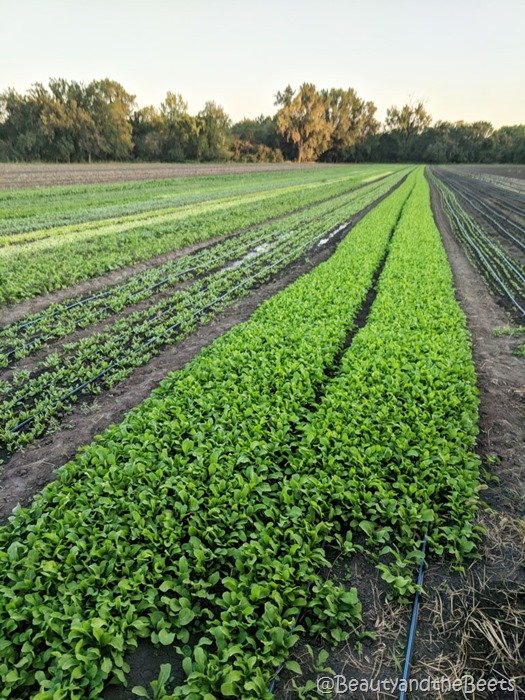 The evening ended with an incredible dinner outside on the front porch of the farm’s Southern-style plantation house. 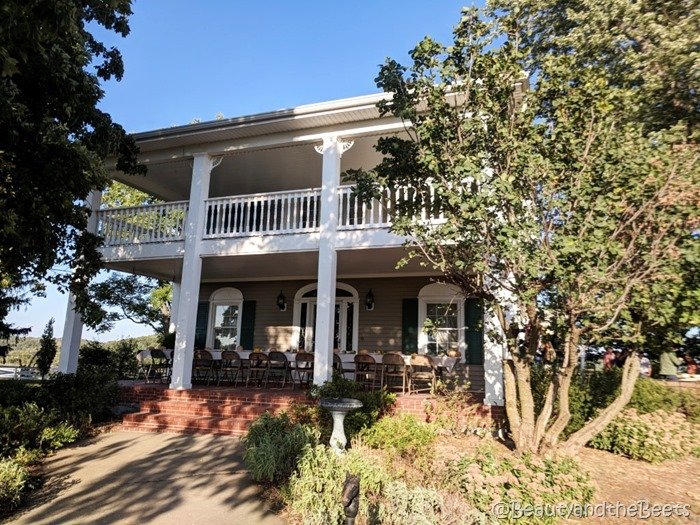 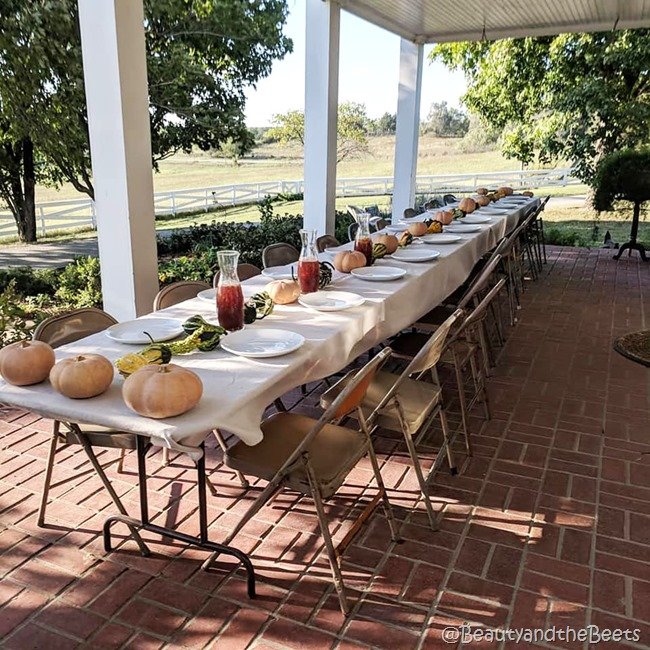 Radish salad, roasted baby potatoes, and medium-rare ribeye was an amazing ending to our fabulous adventure. 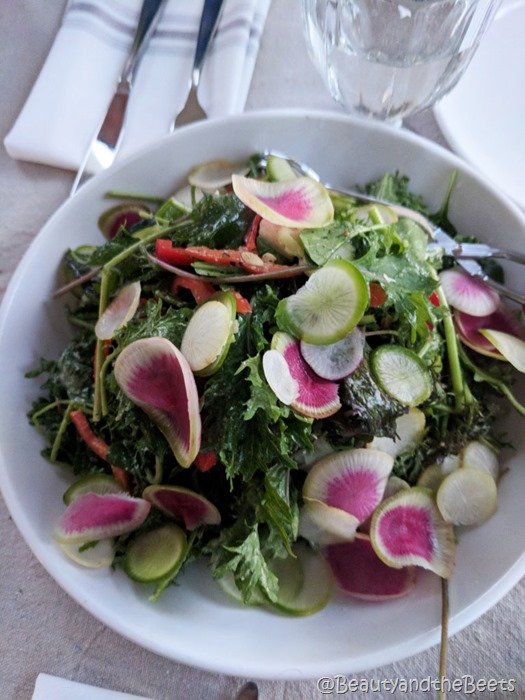 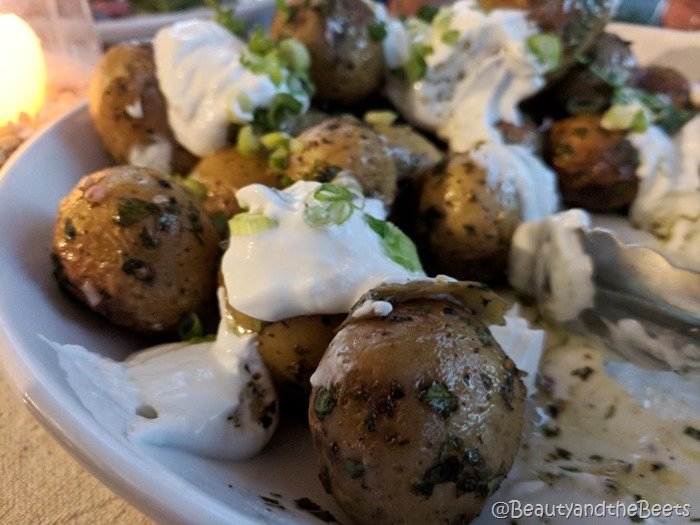 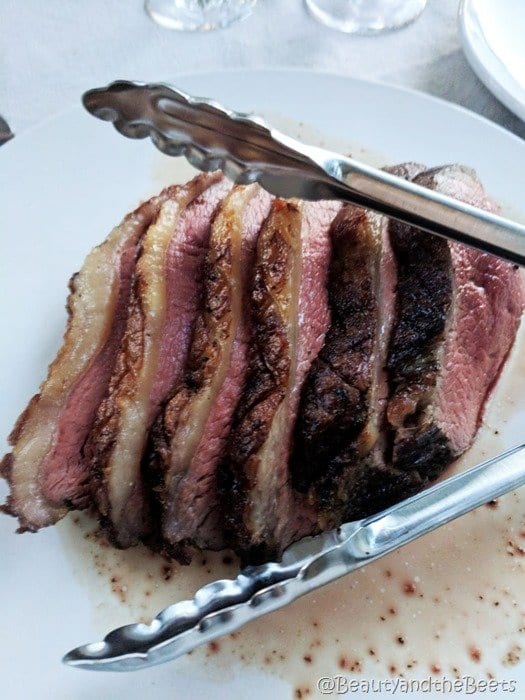 The coolest thing was as we were enjoying our dinner on the porch, we were watching a storm roll in across the state. I was told those storm clouds were in Salina, Kansas, about 130 miles away. While not all of Kansas is flat, the parts that are lend for some amazing views. 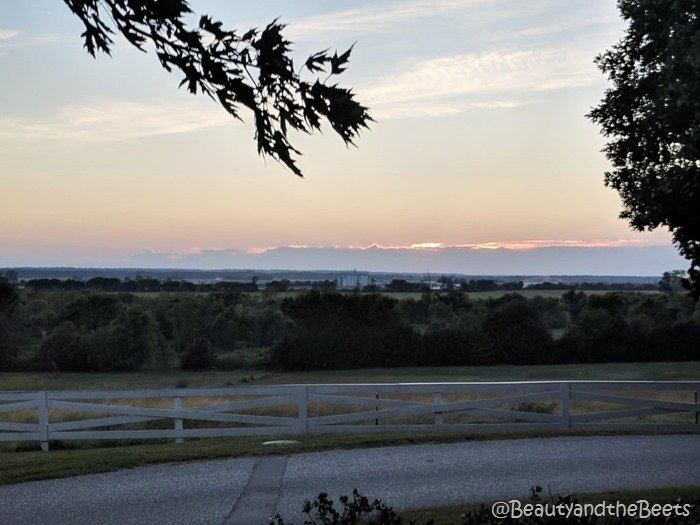 Our tour ended back at the hotel in Kansas City where we all took flights out the following day back to our repesctive cities.

I have such a new apprecation for Farmers, the farming industry, the state of Kansas, and he food on my plate. Thank you to Meagan from Kansas State Farm Bureau and Jancey from the Kansas Soybean Commission for being such amazing hosts for the #FarmFoodTour Kansas! 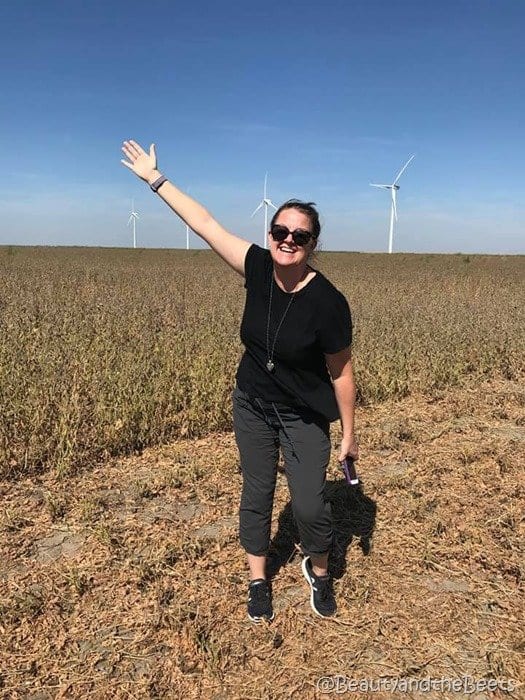 *miles are approximated from stop to stop

**This post is sponsored by Kansas State Farm Bureau and Kansas Soybean Commission. While I was compensated for my participation, all opinions are my own.