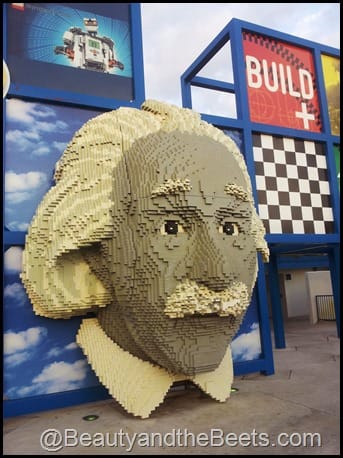 Orlando is a big running town and there are 5k races just about every weekend somewhere close by. One of the perks of being in Orlando is the opportunity to run through Disney World, Universal Studios or Sea World. 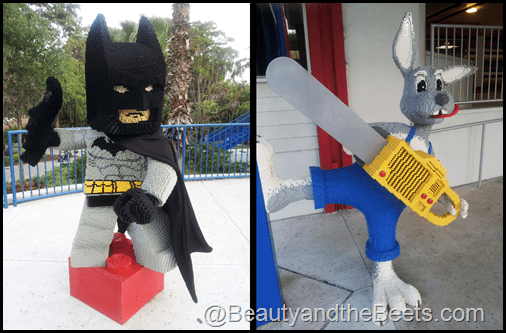 This past weekend we drove about 30 minutes south of Disney to another area theme park- Legoland.  It was a much smaller race than we are used to- only about maybe 600 runners compared to the 15,000 typically found at a Disney event. 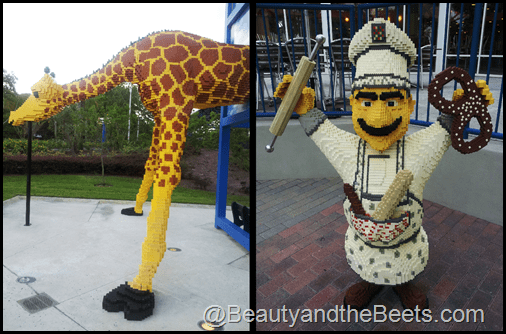 The Winter Haven Hospital Citrus Classic 5K was a a lot of fun.  The route took us through the Legoland theme park. 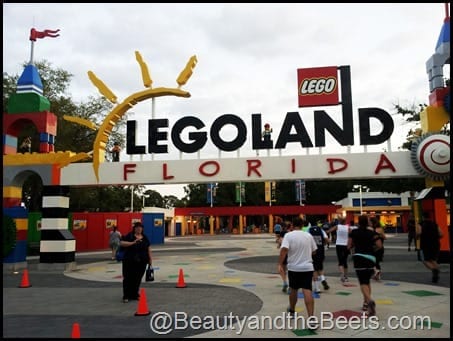 I am simply amazed at all the Lego displays- from animals to cars to pearls in the clam shell!   We stopped and took pictures along the way as it wasn’t really a timed race- just more of a fun family run. 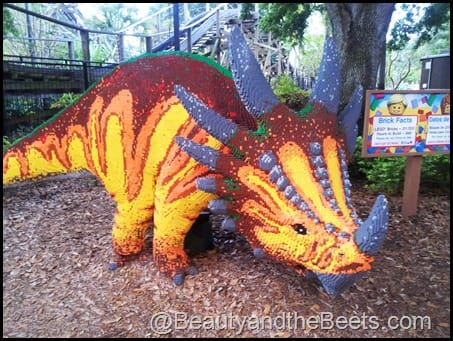 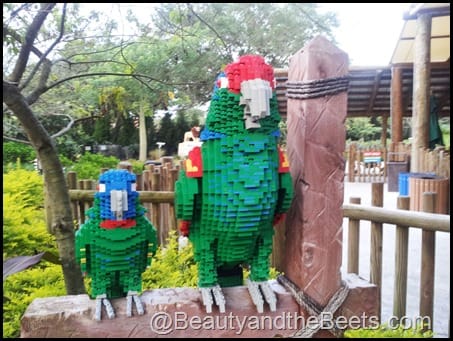 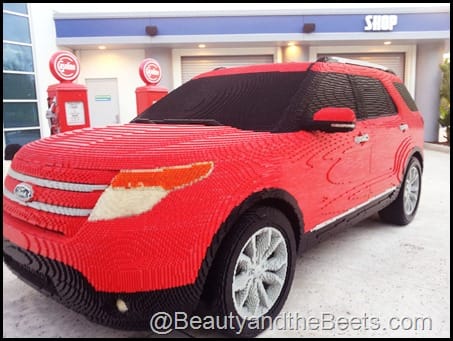 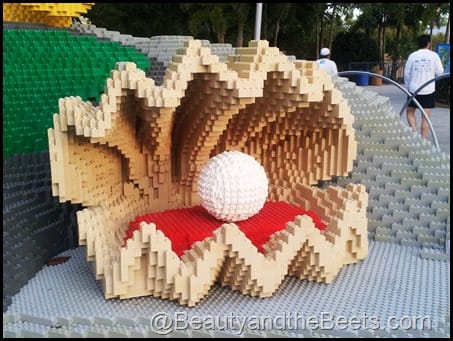 Legoland was built on the old grounds of another famous theme park from years ago.  Cypress Gardens opened in 1936 almost 35 years before Disney built the Magic Kingdom a few miles north.  I remember visiting as a kid and strolling through the lush gardens and wanting to be one of the girls who wore those big hoop skirt dresses.  Cypress Gardens closed in 2009 after many attempts to keep the park open. 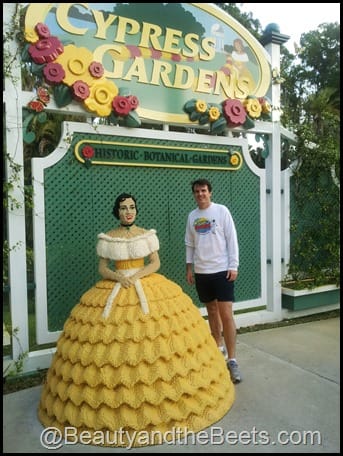 When Legoland opened in 2011, they preserved the old botanical gardens and even left one of the original gazebos in tact.  Just gorgeous. 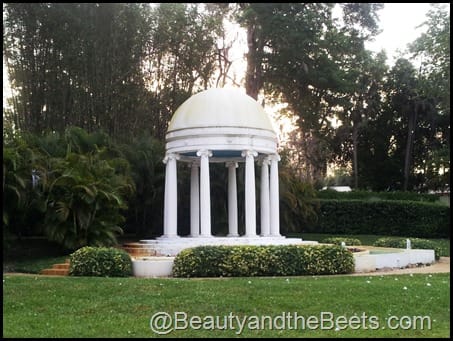 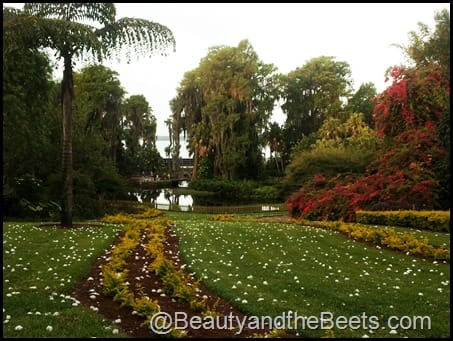 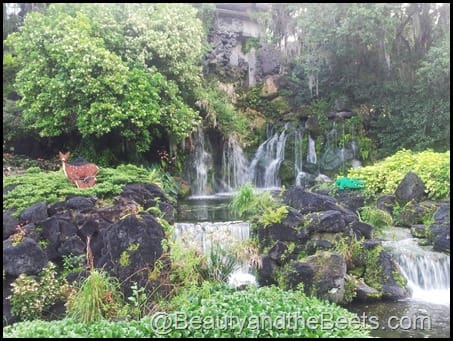 I am super happy they have incorporated these gardens into the new theme park- they are just breathtaking. 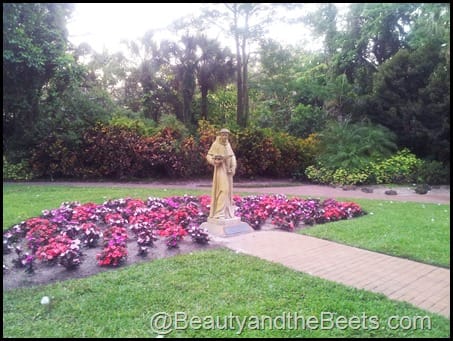 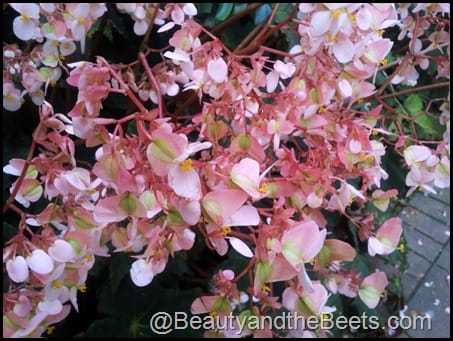 I remember as a kid watching the fancy water ski shows on the lake and sure enough Legoland has even saved the old stadium from the Cypress Gardens years and now has their own water ski stunt show. 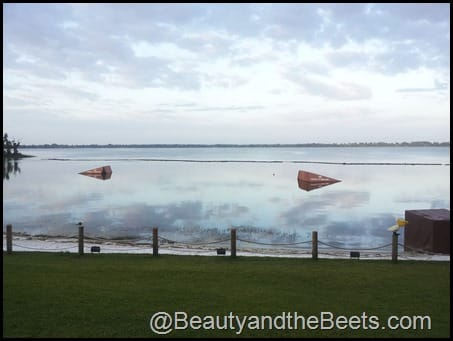 We also ran past the roller coasters, the water park and the other attractions. 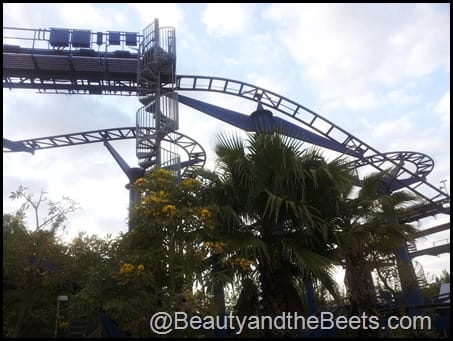 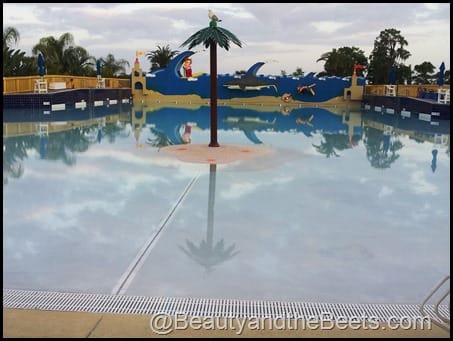 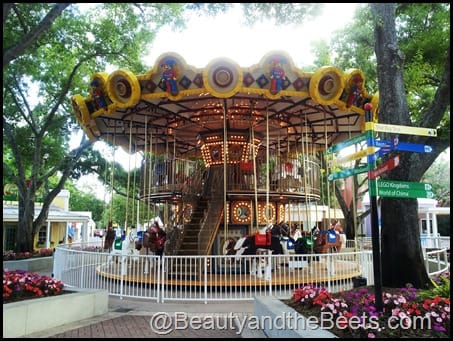 We wanted to stop for apple fries but they weren’t open yet. 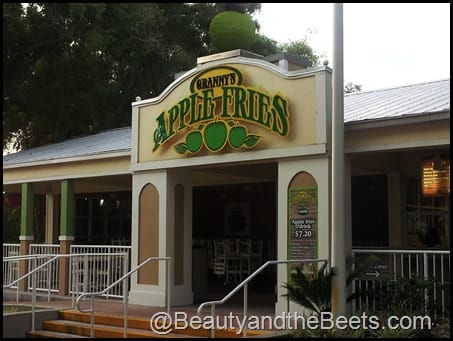 There were plenty of characters making appearances along the route and we took advantage for a few photo opportunities.  Despite all our stopping we were still making fairly decent time until……….. 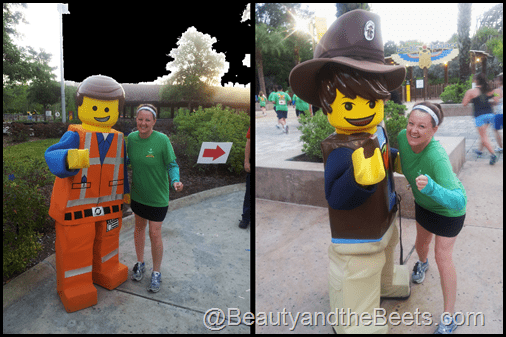 We stopped for probably a good 15 minutes at one exhibit that knocked my running shoes off.  I took so many pictures I am going to have a separate post and tell you how I ran from Vegas to New York to San Francisco and back to Florida.  Go here for more-> That Day I Ran From New York City To San Francisco 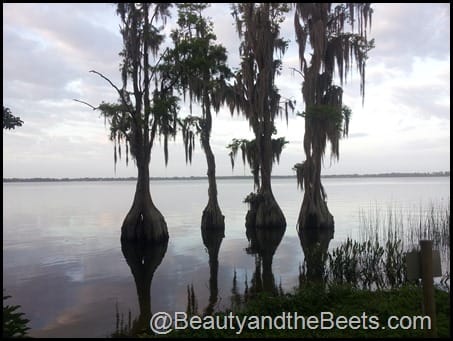 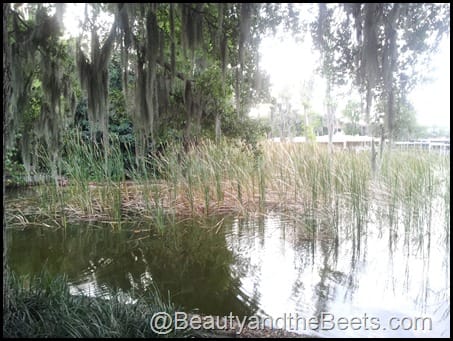 After we finally crossed the finish line we were awarded our Legos orange “medals”.  Such a nice little touch.  We had a great time. 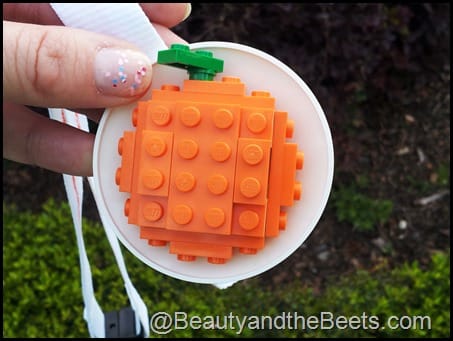 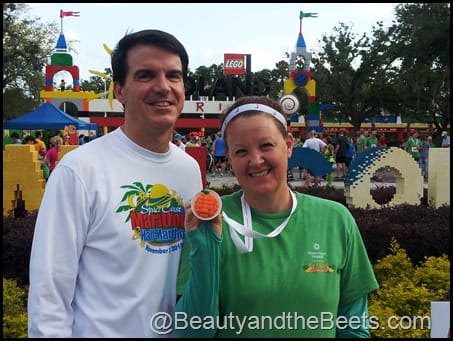 The morning was topped off with a visit to Downtown Disney where we grabbed some breakfast. 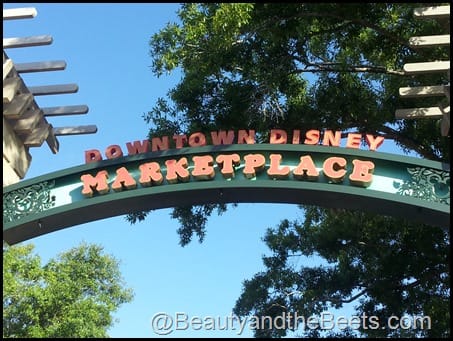 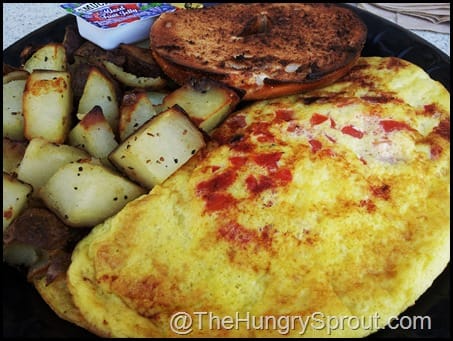 And anyone who spends anytime at Downtown Disney knows where to score the free Ghiradelli chocolates!! 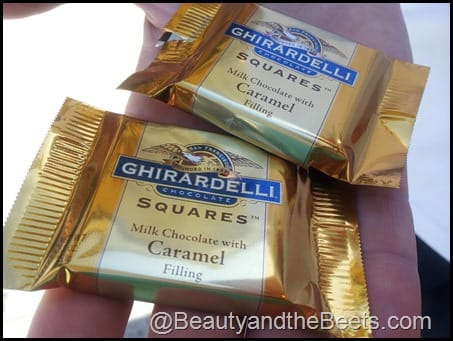 Sometimes there are some real nice perks living in Orlando- running through theme parks and scoring free chocolate!  It was a great morning for us!  How was your weekend?