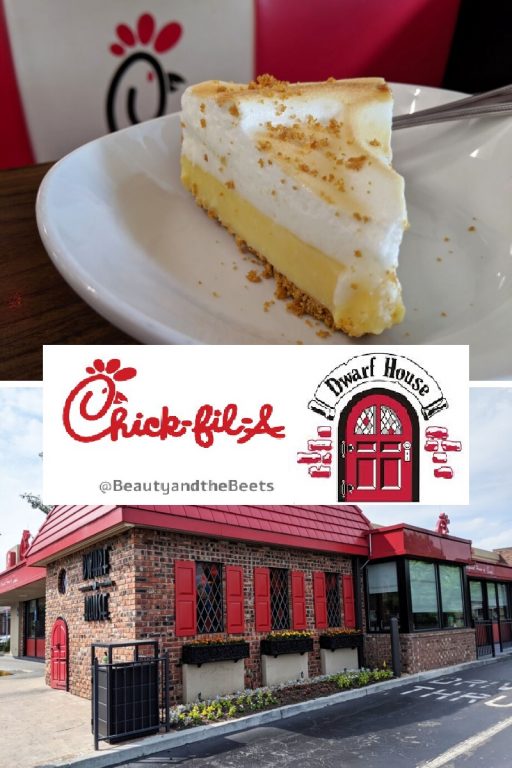 There is a Chick Fil A, in a small Georgia town near the Atlanta airport, where you can sit down at a table, with a server, and eat a Hot Brown breakfast and finish with a Lemon Icebox Pie. It’s real, it’s magical. It’s The Dwarf House Chick Fil A in Hapeville. 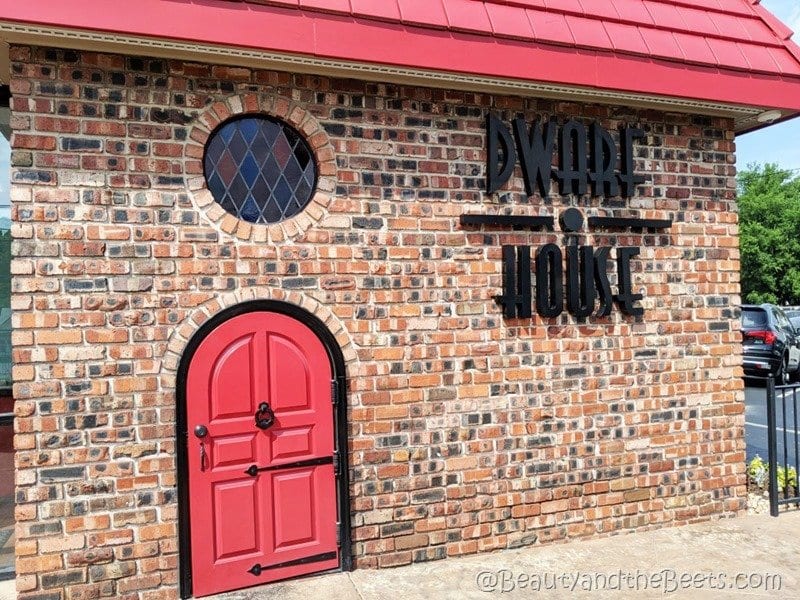 There are normal doors of course, for normal people to enter through. Then there’s the “dwarf” door. It leads you into a little lobby and then another tiny door that will take into the restaurant. Why be normal when you can walk through a tiny door, right? 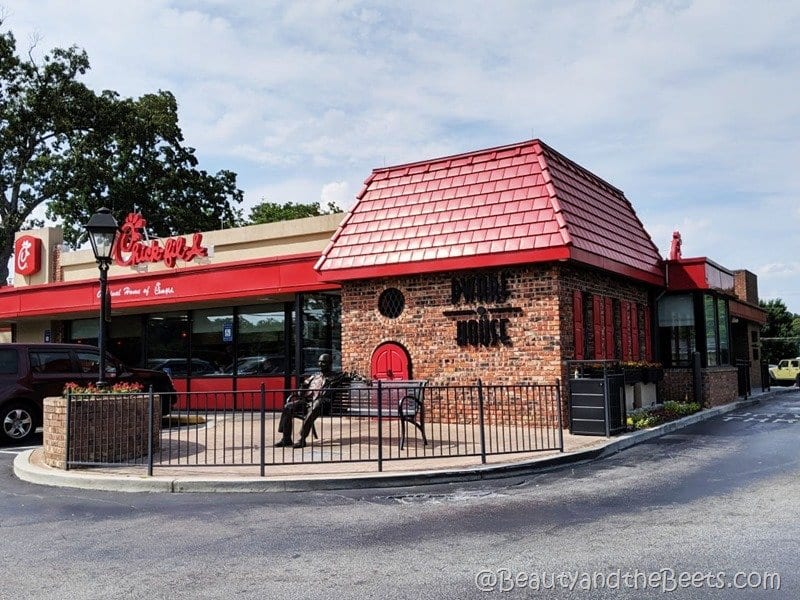 What is the Dwarf House Chick Fil A?

When you enter the building, it’s actually two restaurants in one. On one side there is a normal Chick Fil A- one just like all the others across the country. Quick service, tables, condiments, etc. On the other side of the restaurant is a full service diner style. A counter with bar stools and a handful of tables with table service and an expanded menu.

Although it really isn’t an expanded menu. It’s the same menu they have been serving since 1946 – Hot Brown (I’ll explain), BLT sandwiches, and even hamburgers. Yes, everything that those little cows are on the billboards advertise you can’t get at a Chick Fil A. Sorry cows. But apparently you can. 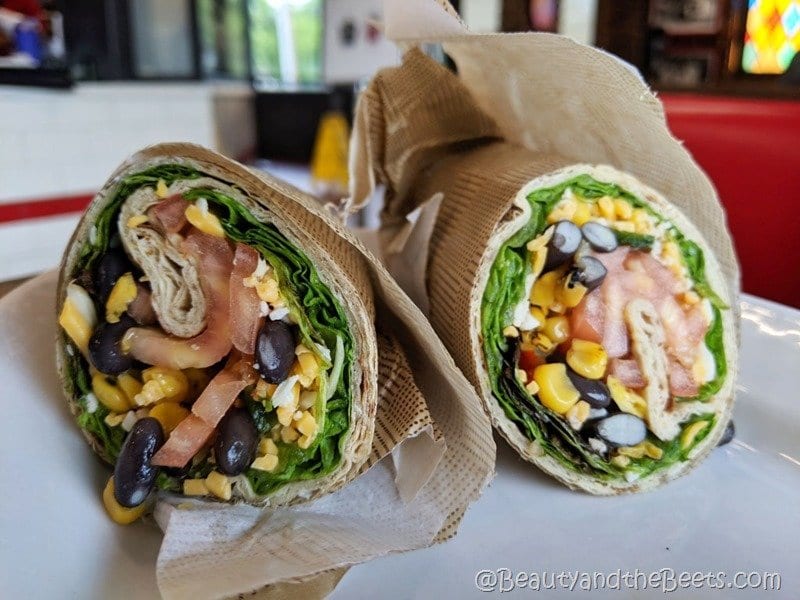 Well, if you are a reader of this very blog, you know that both myself and Mr. Beet are huge fans of all things Chick Fil A- and yes, even with he being a Vegetarian. He loves the Veggie Wrap (you can read all about the Chick Fil A Veggie Wrap here). It’s really a go to place for us when we travel.

We found ourselves driving through Atlanta and decided to experience a different Chick Fil A than what we were accustomed to in other parts of the country. The Dwarf House Chick Fil A is open 24 hours a day, 6 days a week, by the way, still closed on Sunday.

We sat at a table and were immediately greeted by our server. A water, a sweet tea, all the usual in the drinks department. 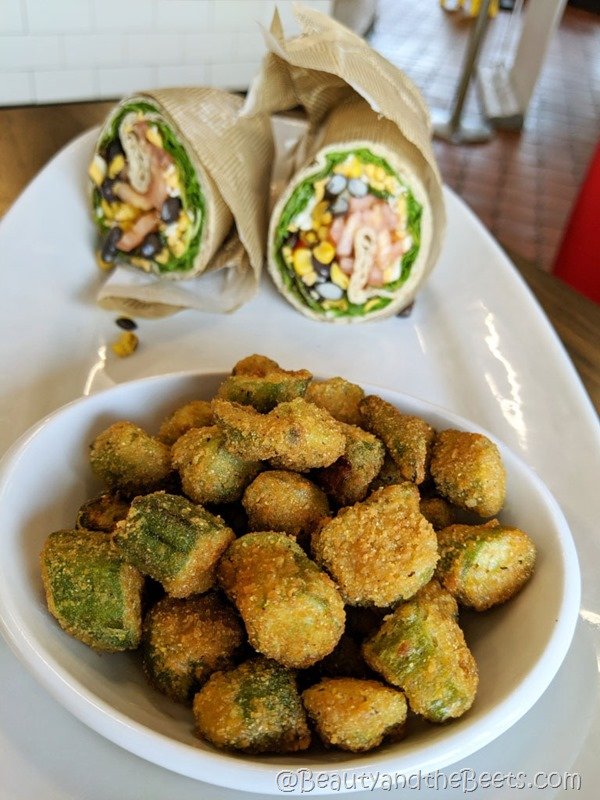 Mr. Beet ordered his veggie wrap (which, by the way, is actually on the menu and not a special order item) and a side of fried okra.

FRIED OKRA!! Does it get any more Southern than that? And they were meaty in an okra kind of way, and delicious. 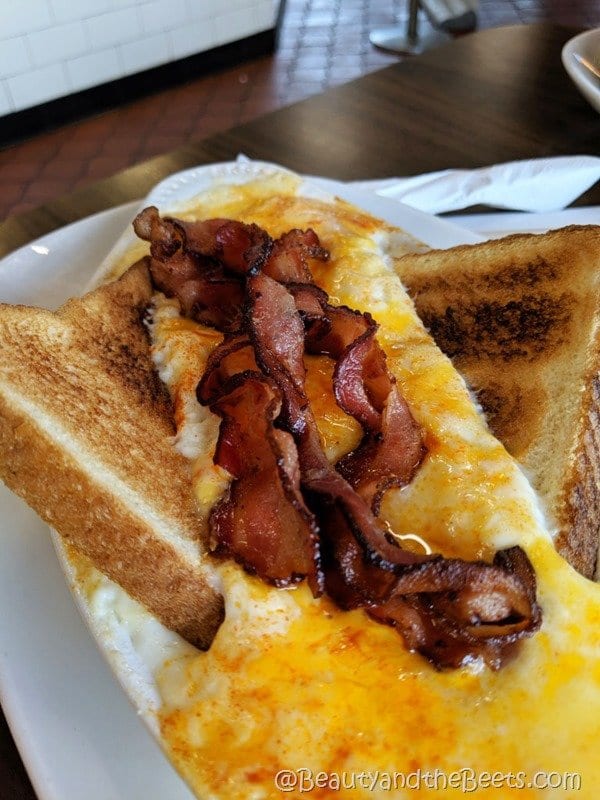 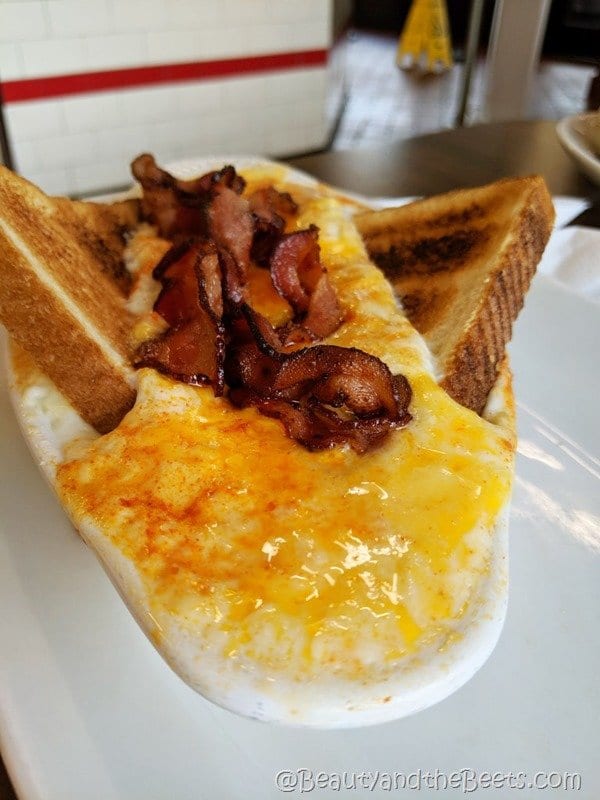 What is a Hot Brown?

I ordered the Hot Brown, another Southern staple. It’s a plate of white meat chicken covered in layers of mashed potatoes, gravy, and bacon. Toast points are included to soak up all that Southern deliciousness. I am 99% sure I inhaled and didn’t chew. Darn you Dwarf House Chick Fil A! 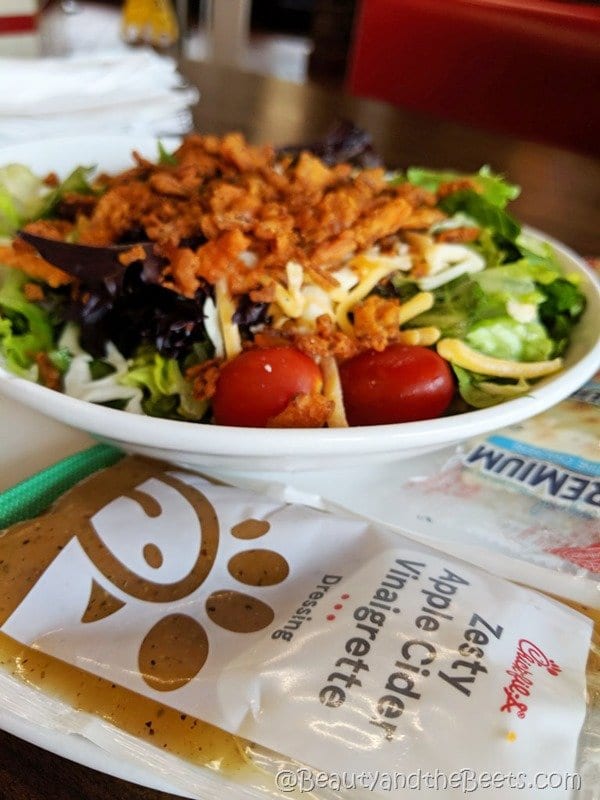 The Hot Brown is served with a side garden salad – the same you would find at your local Chick Fil A. 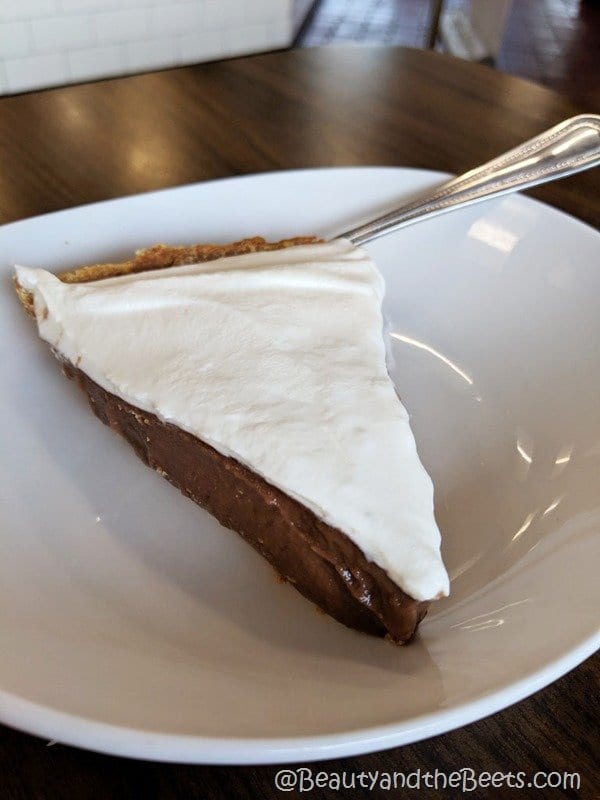 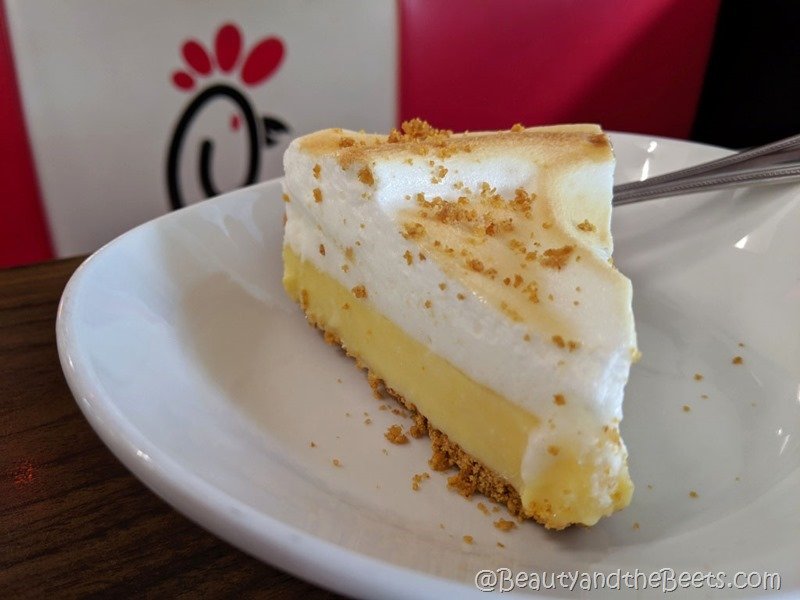 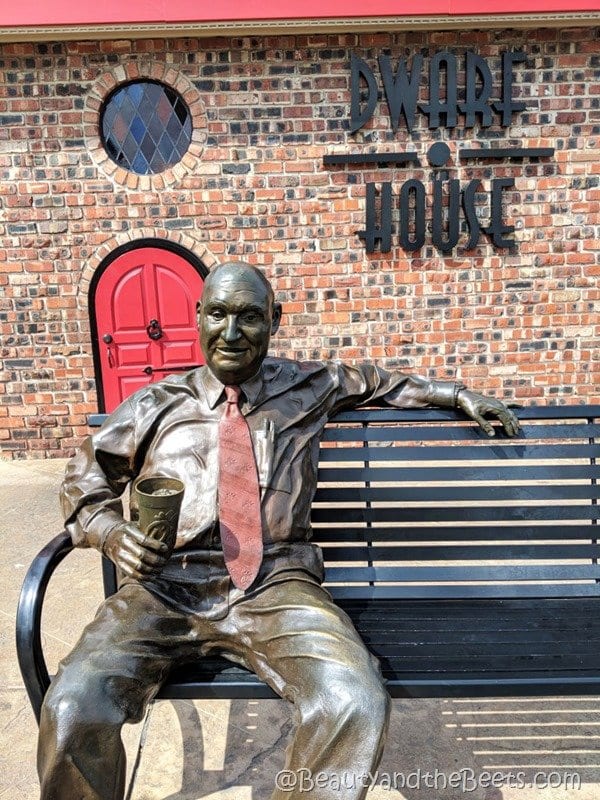 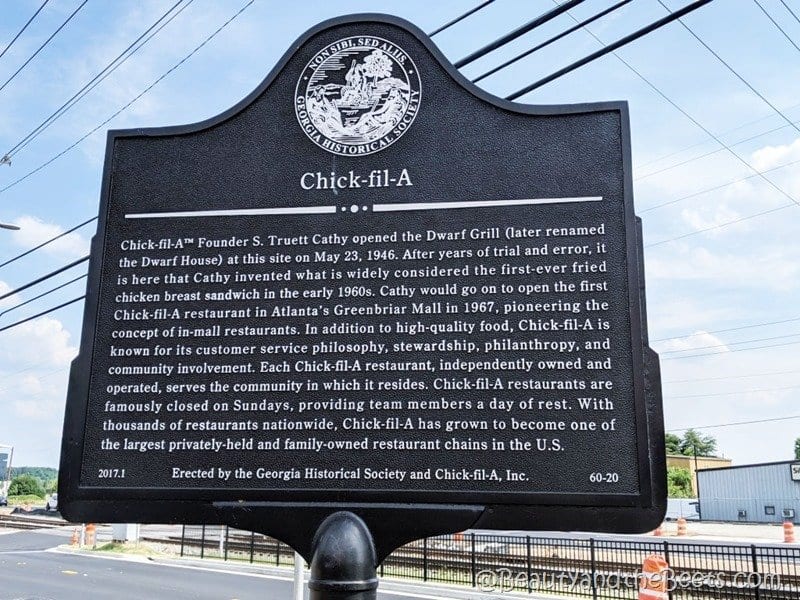 We made a fun little video – enjoy. 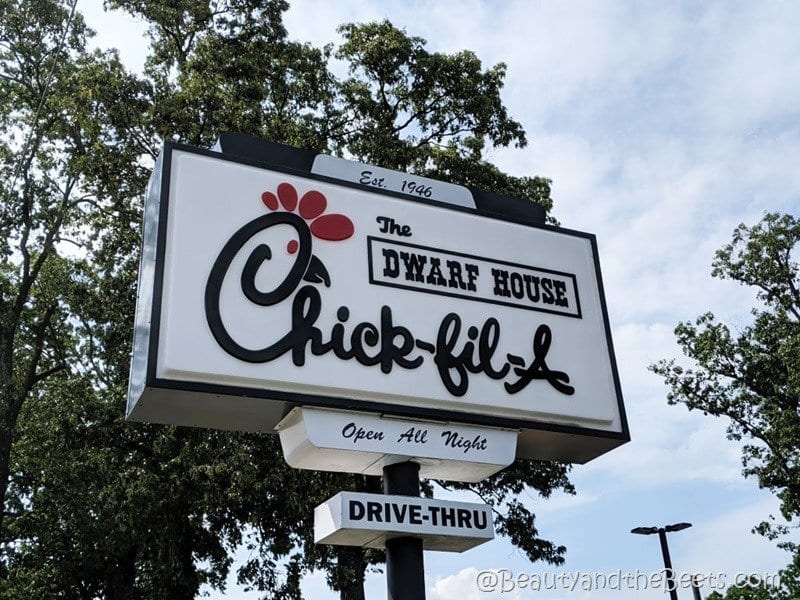 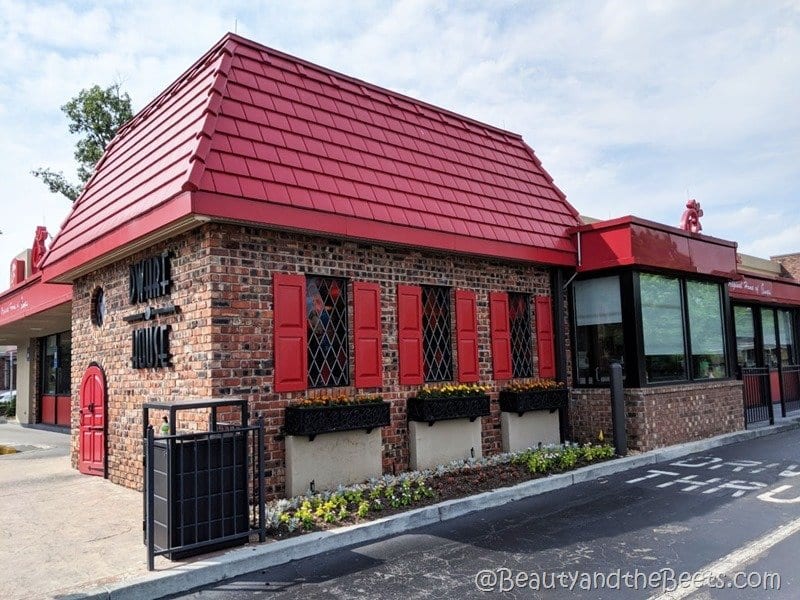